We need more Z cars in our lives.

This week's episode of Rambling About Cars comes with a disclaimer. Be prepared for some proper rambling as Bruce and Smith follow fun tangents and come to some surprising conclusions during this Z-riffic discussion. Smith even attempts to channel the legendary no-respect comedian Rodney Dangerfield, and yes, there's a good automotive-based reason for it.

The new Nissan Z isn't hurting for respect, mostly anyway. After more than a decade with the outgoing 370Z, the new Z offers 400 horsepower and a thoroughly modern interior that contains an honest-to-goodness manual gear lever for the six-speed transmission. The Chris's aren't entirely in agreement on its appeal, with Bruce feeling like it's just a significantly reworked 370Z. He's not wrong, as the bones beneath the skin are carryover. It doesn't bother Smith, who feels the outgoing car was still a pleasure to drive.

Both agree that it looks pretty good, if not without some flaws. And both agree that, with a rumored starting price around $40,000, it could pose a serious threat to the six-cylinder Toyota Supra which is considerably more expensive.

Then comes the new Acura NSX Type S. The swan song for the epic hybrid supercar actually debuted over a week ago during Monterey Car Week, bringing 600 horsepower and a sharp new face to the party. Unfortunately, its moment in the spotlight was dimmed by the surprise arrival of the Lamborghini Countach, to which Smith draws an uncanny parallel to the original debut for the second-gen NSX. Back in 2015, it was ready to be the star of the North American International Auto Show in Detroit, until Ford surprised the world with a new GT. The poor NSX was all but forgotten.

The NSX discussion evolves further, to comparisons with other notable models and whether or not that disappointing 2015 debut permanently scarred the supercar. It all leads Bruce and Smith to a revelation: The NSX is indeed the Rodney Dangerfield of supercars. No matter what, it just doesn't get any respect. 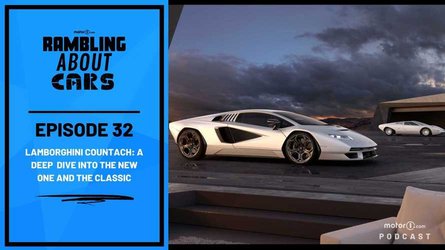 Lamborghini Countach Deep Dive Into The New One And The Classic: RAC #32
⠀ 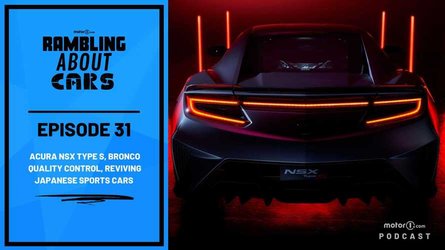 For that matter, the Lincoln Navigator could be the Rodney Dangerfield of luxury SUVs. The current generation just revealed a minor facelift with some major tech upgrades, leading the duo to question whether they'd choose it over German competitors of the reigning domestic status symbol of success, the Cadillac Escalade. There's no question that Navigator flies under the radar, but it's arguably better than the Caddy in every single way.

How do you feel about the new Z? Have the Chris's lost their mind on this whole Dangerfield theory with NSX and Navigator? You know what to do: drop a comment below with your opinions or email the hosts at podcast@motor1.com. They do read them, and they do respond. 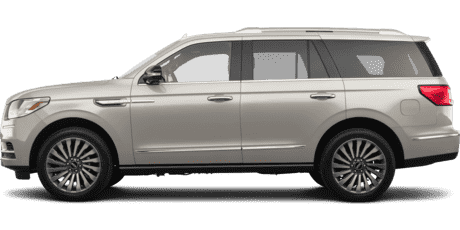 save over $3,400 on average off MSRP* on a new Lincoln Navigator

Speaking of which, after chatting about interesting listener comments regarding the previous all-Countach RAC episode, Bruce and Smith launch into full fanboy mode with their love of all things Z. A short stroll through Datsun/Nissan history with the Z pedigree touches on each generation, but they can't help themselves gushing over the 280ZX and 300ZX, namely the Z31 model. Bruce highlights some interesting Z production numbers through the 1970s, but then the rambling begins and the Z discussion spurs tangents ranging from scale-model Subarus to the short-lived Vector supercar. In short, it's the Chris's at their best.

In addition to our Motor1 Podcasts YouTube channel, you can still catch us on your favorite audio channel every Friday as always. You'll find Rambling About Cars on every major podcast platform including Apple Podcasts and Spotify. Please like, follow, and comment because it exposes the show to more car crazy enthusiasts. And the more enthusiasts joining us on this automotive odyssey, the better.