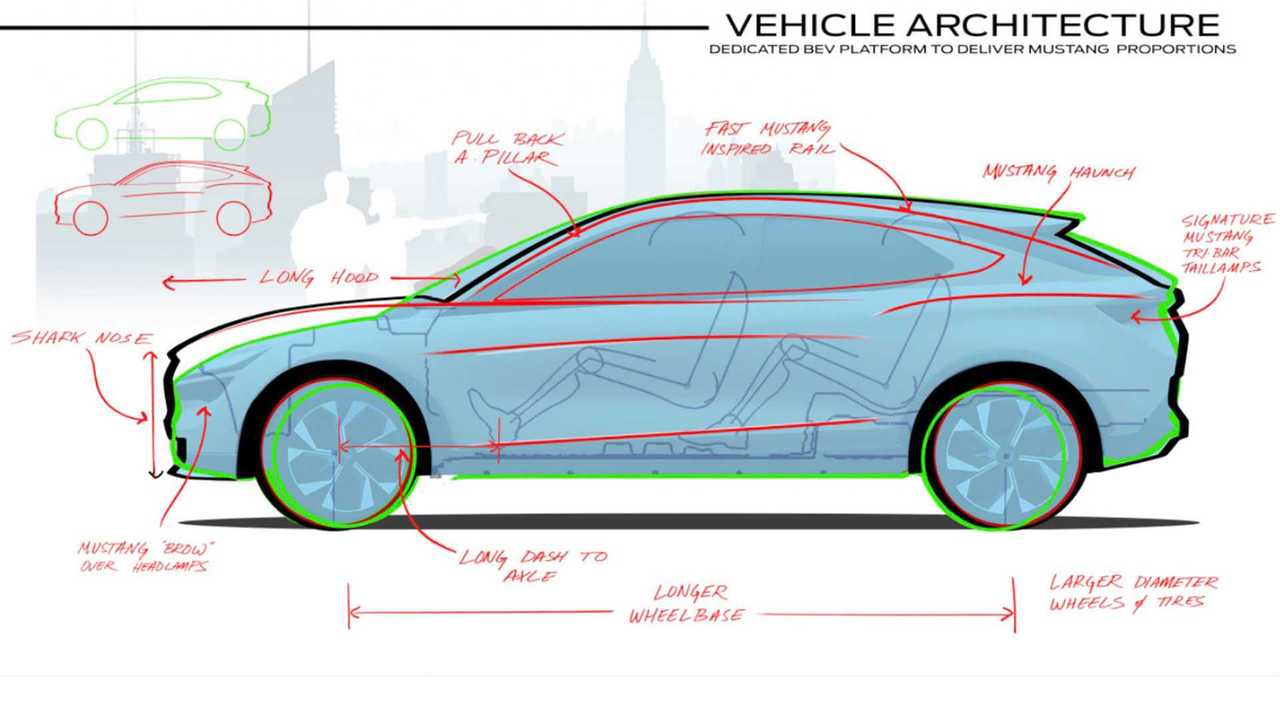 Brand dilution be damned, the Mach-E is better than the alternative.

By now, the howling of Mustang purists should be reaching a crescendo, as the new Ford Mustang Mach-E makes its big debut in Los Angeles, mere days after the Blue Oval announced the controversial name of what has, for months, been called merely a “Mustang-inspired” crossover.

Fans of the Mustang will claim that the Mach-E “dilutes the brand,” a tired phrase the vocal minority busts out every time an automaker does something it doesn’t like. Well, I’m here to tell purists and brand agnostics alike that no matter how you feel about the Mach-E, it’s a hell of a lot better than what Ford almost did.

During a heavily embargoed backgrounder in the bowels of Ford’s Product Development Center in Dearborn, Michigan, the leadership behind the Mach-E gave Motor1.com a look at what almost was.

If you’ve paid any attention to Ford over the past several years, it’s dead set on transforming itself into a “mobility company” – do please roll your eyes, I have – rather than a mere automaker. Central to that concept is a shift toward battery-electric vehicles, a market that’s only set to increase in importance. According to Ford, there will be over 100 BEV nameplates representing 1.5 million sales in the U.S. alone by 2025. The numbers are even greater in Europe and China.

In other words, the Blue Oval can’t afford to play in the periphery with ho-hum efforts like the Focus Electric and C-Max/Fusion Energi – two of its past lukewarm efforts in electrification. In the past three years, the automaker has seen the growth of the EV market, an ever-improving charging infrastructure, and improved battery technology as signs it’s time to jump into the fray with a competitive EV product.

The plan was always to do that with a crossover. We reported as much in early 2017, when efforts were already well underway to build a vehicle that could cover over 300 miles on a single charge. That car looked quite a bit different from the Mustang Mach-E.

The new goal was to pen a vehicle that stripped away the “greenness” of the original design.

For a start, it had a front-wheel-drive layout. The hood was shorter and lower, and the overall design had more of a cab-forward look. The wheels were smaller, and the wheelbase and the all-important dash-to-axle ratio (think of it as the bit of the wheelbase ahead of the passenger compartment) were shorter. While Ford only showed me a small scale model of this car (and the sketch at the top of this story), its uninspiring shape and the fact that the team on hand continued to (almost derisively) refer to it as “the compliance car” made it clear this wasn’t a car that would excite consumers in a post-Tesla world.

Enter new CEO Jim Hackett, who two years ago told designers to start over. The new goal was to pen a vehicle that stripped away the “greenness” of the original design and didn’t wear its electric powertrain on the proverbial sleeve. The design team was told to play to Ford’s strengths, and aside from maybe the F-150, there’s no stronger Ford product, nor is there one with such an acclaimed history, as the Mustang.

That decision was also driven by research into how people view EVs. The public’s perception ranges from the hilarious (42 percent believe EVs require gasoline) to the realistic (over half are concerned about range) to the misguided (a staggering 92 percent of people believe EVs are “slow or toy-like”). Another compliance-like product wouldn’t move the needle on those beliefs – Ford needed something more.

With that brief, designers went back to the drawing board. Believe it or not, the direct Mustang inspirations are minimal beyond the headlights and tri-bar taillights. Designers flared out the rear fenders to create a rear-drive-like haunch and pulled the roof rail down – moves that help the Mach-E mimic the Mustang’s profile. But beyond those changes, the adjustments to the original design have more in common with principles of sporty design than any specific product.

The hood and dash-to-axle ratio are both longer, and there’s a distinct shark-nose look to the more upright fascia. Designers also pushed back the A-pillar, making it a faster shape that plays better with the revised roof rail. Finally, the wheelbase is longer, with designers pushing the front axle forward 2.8 inches and the rear axle back 1.6 inches. Larger wheels round out the changes.

The (relative) last-minute redesign is a good reason to be excited about the Mach-E.

It’s harder to say what’s changed in the cabin. Ford only showed a few sketches, all of which included a far more conservative layout, with a large, traditionally-oriented touchscreen display. It’s not clear what, if any, impact the changes had to the Mach-E’s cargo space, either. And even if there were cuts, the result still works, with an ample 29 cubic feet behind the front seats and 4.8 cubes in the water-proof, drainable frunk.

The (relative) last-minute redesign is a good reason to be excited about the Mach-E. Ford could have very easily dragged its feet on this car and put out an uninspiring, eco-minded blob with no character or charm. Instead, it looked to its most famous model for inspiration and a name. Redesigning a car and naming it after an icon is a serious gamble. Based on what I’ve seen, though, this risky bet is a lot better than playing it safe again.