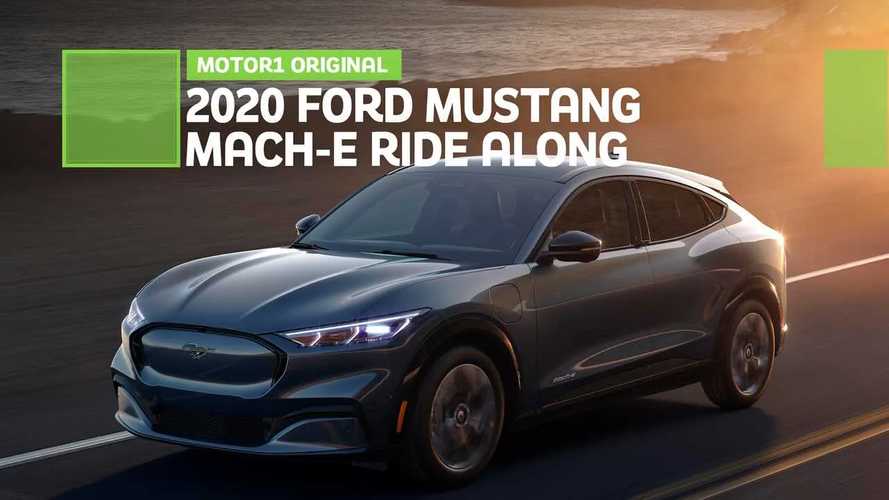 The Mustang Mach-E has a lot to live up to, but already it shows promise.

Ford executives won't let us behind the wheel of the Mustang Mach-E yet, no matter how much we badger them. But at a private showing ahead of the LA Auto Show, the company did allow us some time in the passenger seat.

Our brief ride in a pre-production model around the Hawthorne Airport (the headquarters of Elon Musk's SpaceX, interestingly enough), complete with a quick agility course and run to 60 miles per her, gives us a good idea of what to expect when the production Mach-E hits the road in a few months.

For one, the Mach-E is surprisingly spacious. The front passenger seat feels airy, thanks in part to the optional fixed glass roof on this prototype and the crossover’s large, upright windshield. Even with its coupe-like styling, the Mach-E’s interior space mimics that of a more traditional crossover. The high-riding Mustang has best-in-class front headroom (40.5 inches with glass roof) and legroom (41.7 inches), beating the Jaguar I-Pace (39.9 inches of front headroom; 40.9 inches of front legroom) by a few inches. Ford says the electric Jag is its closest competitor, though we suspect the upcoming Tesla Model Y loomed large in its development, too.

The materials are good, too. Unlike its two-door sibling, which suffers from the implementation of some plasticy materials, there's nothing in the Mach-E’s cabin within reach that feels cheap. Again, Ford compares the interior of the Mach-E to the Jaguar I-Pace, and that's definitely not a stretch. The Mach-E feels like a premium vehicle, even without real leather. The faux stuff, dubbed "Sensico," is soft and high-quality, a noticeable step up from other fake leathers currently available. And it’s not faux because the bean-counters wanted to save money; many EV buyers appreciate a cruelty-free interior.

Our time in the backseat is limited, but even in those brief moments, we find there's plenty of room for your lanky, six-foot-tall author.  Even one of Ford’s six-foot six-inch tall engineers fits comfortably in the second row with headroom to spare. The available 39.3 inches of headroom with the fixed glass roof option (that number drops to 38.3 with the standard roof) feels like enough; your head won't scrape the roof. And the 38.1 inches of rear legroom leave enough space to stretch out a bit.

We're typically not fans of the tacked-on touchscreens that plague modern vehicles. And the Mustang Mach-E's massive 15.5-inch screen is not immune; it looks like an afterthought, hastily applied on the dash. But with Ford's new Sync system, and the ability to run both wireless Apple CarPlay and Android Auto in conjunction with Sync, the setup appears impressively capable. And there’s a physical volume knob, praise be.

The crowded streets around Hawthrone Airport aren't the best roads for testing the Mach-E's abilities. But, our Premium trim tester with the extended-range battery pack, all-wheel drive, and running in Unbridled mode (the most aggressive of the three available drive modes) shows brief glimpses of greatness. We don't get to observe how the Mach-E reacts in Whisper and Engage modes yet.

The Mach-E displays smooth, consistent power in a straight line. It also belts out a noticeably artificial "performance" sound, which is audible both inside the cabin and from the outside, thanks to exterior speakers. But the Mach-E doesn’t offer the same neck-breaking torque you'll find in some EVs. Though, we don't expect as much from the available 417 pound-feet. This particular Mach-E configuration will hit 60 mph in a modest 5.5 seconds, but the GT model coming in 2021 will purportedly do it in 3.5 seconds.

A makeshift cone course on the infield of Hawthorne Airport gives us a quick look at the Mach-E's agility, as well. Squealing its standard Michelin 225/55R rubber through the course, the tires react less-than-excitedly to being tossed around with such vigor. But the Mach-E stays mostly flat. There's a pinch of body roll, expected of some crossovers, but thanks to the Mach-E’s low-mounted battery pack it’s not enough to offend us – at least from the passenger seat. It will take actual time in the driver's seat, though, to get a real feeling for the performance.

Given its Mustang namesake, the Mach-E has lofty expectations to meet. But it impresses us in this short outing. The Mach-E’s comfort and interior quality are extremely good amongst its competitors. Yes, even the Jaguar I-Pace. And the electric crossover is quick and nimble, too. There’s still plenty to be learned about this car, especially from the driver’s seat and in different trims and battery setups, but the Ford Mustang Mach-E shows a promising start. 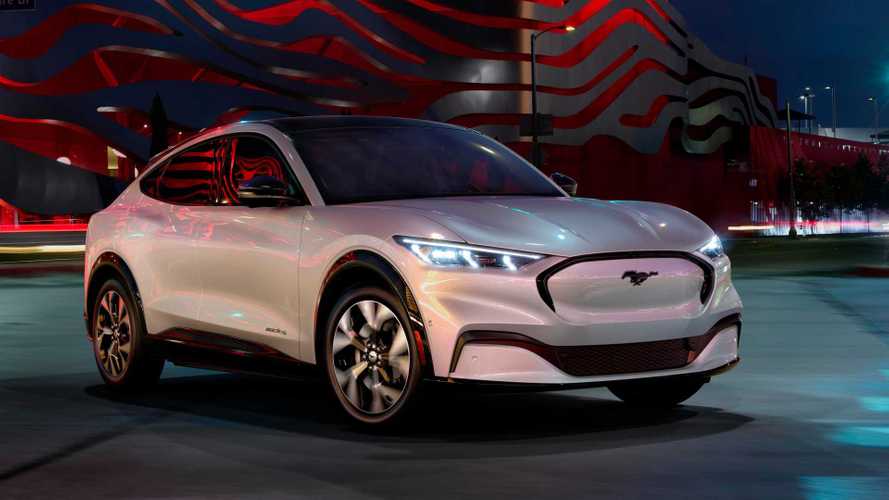