Lexus Showed Me Its Future Plans Then Served Me Poisonous Fish 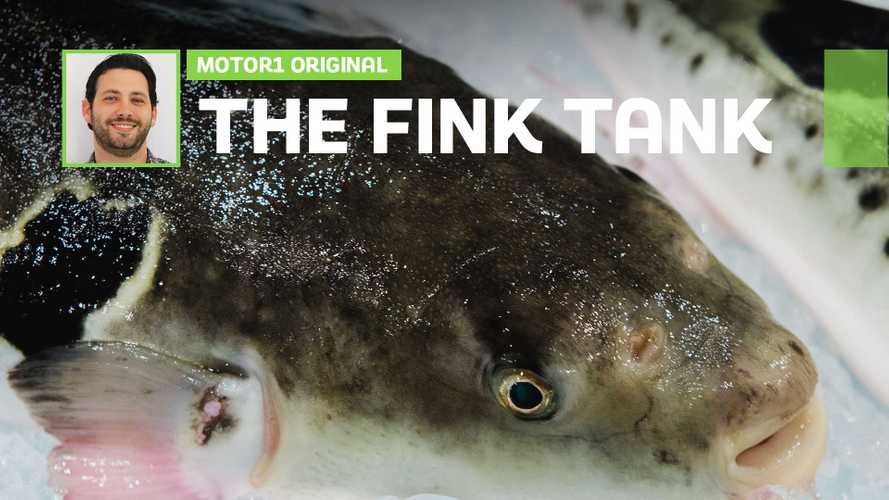 Senior Editor Greg Fink travels to Japan to understand the influence of the country’s culture on Lexus products.

Yoshihiro Sawa wants to make Lexus more than a brand that produces luxury vehicles. In order to achieve this, the president of Lexus foresees the automaker evolving into a luxury lifestyle brand.

“We have to be different than other luxury brands,” Sawa said at a round table interview in the Toyota Design Studios in Toyota City, Japan. “Luxury consumers want an experience and not just a product,” he added.

What exactly is a Lexus experience? It seems the answer still needs ironing out, but the plan does include organized activities.

Until Lexus formally begins organizing its own lifestyle events and activities en masse, though, the carmaker is capitalizing on its Japanese heritage to further separate itself from the current herd of luxury automakers. The 30-year-old brand no longer makes cars that appear modeled after western competitors. Instead, Lexus vehicles all wear bodywork that's emotionally charged and distinctly Japanese.

One vehicle, in particular, encapsulates the brand's design language better than the rest: the Lexus LC. Low and wide with raked proportions, the LC is an absolute head turner. In fact, only losing its top could make the LC stand out more, which might explain why Lexus took me to the clay area of the studio to see the LC 500 Convertible concept from this year's Detroit Auto Show.

Although LC chief designer Tadao Mori wouldn't speak on the convertible's production possibilities, the salable car is reported to debut at this year's Goodwood Festival of Speed.

Lexus also took the time to showcase the ways its vehicles integrate traditional Japanese culture into their design. Arguably, the Lexus LS with the $23,100 Executive package with kiriko glass does the most impressive job of combining modern style with the island nation's age-old customs. Kiriko is a Japanese glass-cutting technique that relies on an expert artist to etch intricate patterns on the surface of glass panels.

A Lexus For Space:

In Lexus's case, a human artist uses a diamond cutter to make the initial elaborate kiriko glass molds. The hand-etched pieces, each of which takes as long as five hours to make, are then machine-replicated for mass production. Still, it's not a particularly efficient process, and Lexus Design Division general manager Koichi Suga noted the glass travels between 10 suppliers in Japan as each entity completes their specific task, which ranges from etching to buffing.

Opting for the Executive package with kiriko glass also nets LS owners hand-pleated door trim. Unlike the machine-finished kiriko glass, the door trim folds rely exclusively on the dexterity of human hands to create the trim-specific pattern. The origami-inspired door-trim folds required four years to perfect, and the process is so time-consuming that the small team that hand-folds the pieces completes only 60 cars worth of door panels per month, according to Suga.

This overcommitment to quality extends beyond Lexus, though, and it routinely bubbled up throughout my time in Japan. I witnessed it at dinner while dining on fugu, a pufferfish that naturally produces tetrodotoxin, a neurotoxin that has no known antidote and is over 1,000 times more toxic to humans than cyanide. Fugu chefs undergo rigorous training to carefully remove the fish's most toxic body parts before serving the remaining, non-lethal, meat to their patrons, often in the form of thinly sliced sashimi. To my delight, the flavorful fugu I consumed was free of poison.

The country's bathrooms also exemplify the same devotion to quality, and almost every stall I entered included a toilet capable of spraying water on, as well as drying, one's rear end at the push of a button. Some toilets even had a seat heater and a built-in air freshener. Take note Lexus, because these porcelain thrones are arguably the definition of leading a luxury lifestyle.