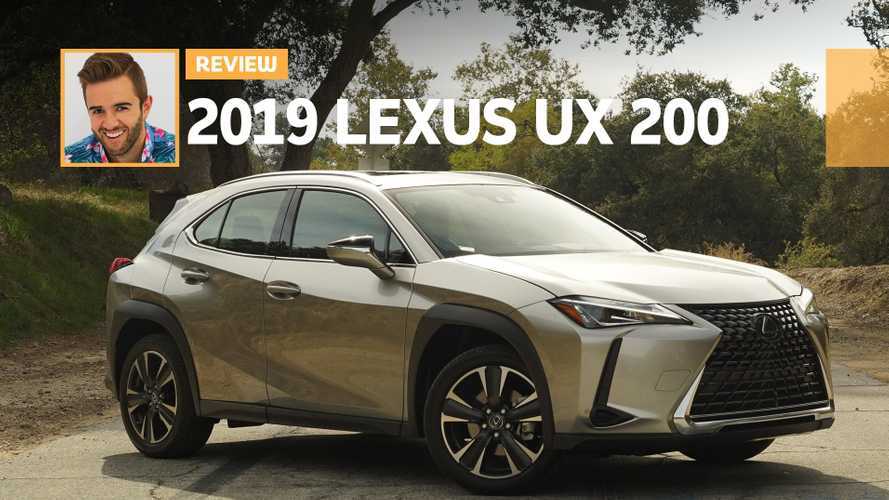 Lexus’s smallest CUV offers a lot for a little.

In a crossover-dominant market, automakers seldom miss an opportunity to cram a model into their lineups if it has even the slightest chance of appealing to customers. Such is the case with the 2019 Lexus UX 200, a compact crossover that has its work cut out for it.

The UX bears the burden of being Lexus’s entry-level crossover. So, not only does the UX have to leave a lasting impression for customer retention, it has to fight to get customers in the Lexus door to begin with.

This segment is red hot with options from every major player, including the Audi Q3, BMW X1, Volvo XC40, and Mercedes GLA-Class. Considering the stiff competition, the UX is arguably the best value for the money. However, it’s just not compelling enough to lead the class. Blame an underwhelming powertrain and annoying infotainment controls for preventing the UX from being a segment standout.

Unlike larger, more conservative mid-size luxury crossovers, the compact crossover segment likes to take chances with quirky design cues and loud color palettes. The UX offers the former in spades, though our test car’s gray paint fails to capitalize on the latter. At least the cabin's Washi color scheme has a much more exciting two-tone blue-and-cream color scheme, that breathes some life into the otherwise subtle car.

With such stubby proportions, it’s a stretch to call the UX a good looking vehicle. While its older sibling the NX is just big enough to look elegant, it looks like Lexus left the smaller UX in the dryer for too long. In all fairness, its competition isn’t the best looking group of vehicles on the road, either. Even so, the baby Lexus is missing some of the charm found with the competitors from Volvo and Audi.

Aside from the two-tone blue Washi interior color scheme on the dash and seats, the UX’s interior is otherwise somewhat mundane. Its layout is neat and tidy with more ergonomically friendly features than some other Lexus vehicles, but it’s also on the dull side. A large display rests prominently atop the dash, while a simple row of HVAC controls sit dead center, beneath the screen. Lexus plucked the UX’s steering from other models in the range and features the same LFA-inspired layout in the gauge cluster. It’s all attractive, but more than a little derivative.

For most Lexus products, the comfort category typically brings high praise. While the UX is comfortable, the cabin is inundated with noise from outside that creeps in, which makes it a very un-Lexus-like experience. The biggest culprit is a droney four-cylinder that’s especially loud when the standard CVT hangs the revs to squeeze out power. Road noise is also more prominent in the UX than in other Lexus models we’ve tested lately.

Despite being on the noisier side, the UX makes up some points with a well composed ride and a set of ultra-comfy front seats. The three-across backseat, though equally as cushy as the front buckets, is less generous in the space department. It offers 33.1 inches of legroom, which is less than competitors like the BMW X1. The door cutouts are also quite small, making entering and exiting the back row tricky.

The cargo area is acceptable at 21.7 cubic feet. However, Lexus includes a two-tier cargo hold in that figure. You get the full 21.7 cubes if you lift the lid on the lower section. But leave the divider in place, and there's 17.1 cubic feet to work with. With the lid shut, the UX has close to the same amount of space found in the Audi Q3 (16.7 cubic feet) and the Mercedes GLA-Class (17.2 cubic feet), but a fair bit less than the BMW X1 (27.1 cubic feet).

The 2.0-liter four-cylinder engine makes 169 horsepower, with power sent to the front wheels via a continuously variable transmission. This pre-production tester’s transmission is noticeably rougher than the CVTs from Nissan or Subaru. Passing on the highway or going uphill forced the little UX to reach high up in its rev range, as it searches to find power. And much like the horsepower figure, the 151 pound-feet of torque on offer leaves a bit to be desired, especially off the line.

But what the UX lacks in outright power, it makes up for with competent handling dynamics around town. Minimal body roll accompanies an enthusiastic flick of the wheel, while the short wheelbase gives it a reasonably agile feel. Even with its petite footprint, though, the UX performs more like a luxury SUV than a hot hatch. The soft suspension and quick but calm steering are the main culprits, which make the car a competent city cruiser above all else. And in this type of vehicle, that’s not such a bad thing.

Unlike most of its competitors, the gas-only Lexus UX doesn't offer all-wheel drive. You'll need to option up to the hybrid-powered UX 250h for standard all-wheel drive.

Keeping in mind this car’s relatively frugal base price, the standard equipment it posses is sufficient. A 7.0-inch infotainment system is the default setup, while opting for the Premium package adds the larger 10.3-inch display. Regardless of screen size, every UX boasts standard Apple CarPlay and Amazon Alexa integration come along for the ride with both systems.

As Lexus’s entry-level CUV, the customer base is bound to be younger, so the car comes with a bevy of features to appeal to everyone’s favorite buzzword – “the Millennials.” Smartwatch integration, Google Assistant compatibility, and 4G WiFi hotspot for up to five devices are all standard features.

While the infotainment system’s multiple compatibility options add to the UX’s appeal, the nuts and bolts of the setup are far from stellar. The trackpad system used to control the screen is still infuriating beyond belief, and the sheer number of menus to sort through remains needlessly complicated. One other knock is the optional sound system, which falls short of the wonderful Mark Levinson sound system found in more upmarket Lexus models (and not offered in the UX).

The car is rated as a Top Safety Pick by the Insurance Institute for Highway Safety (IIHS). It also earns a five-star overall rating from the National Highway Traffic Safety Association (NHTSA).

The UX 200 starts at a reasonable $32,000. Our tester includes the Premium package, which adds blind-spot monitoring, a moonroof, heated and ventilated front seats, rain-sensing wipers, and Lexus’s rather nice-looking Washi interior trim. And at $1,175, it’s a dynamite deal. Throw in $2,200 for the bigger 10.3-inch navigation-equipped display (up from the standard 7.0-inch display), $1,025 for destination, and we reach the as-tested price of $35,875. 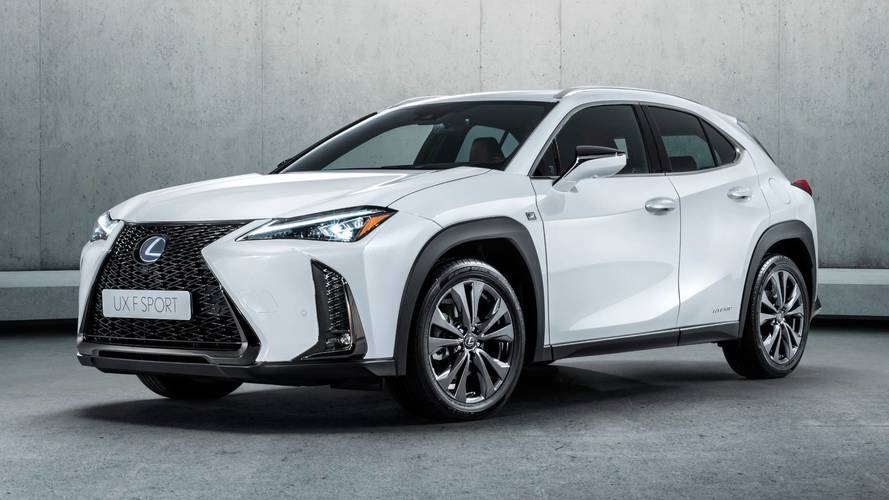