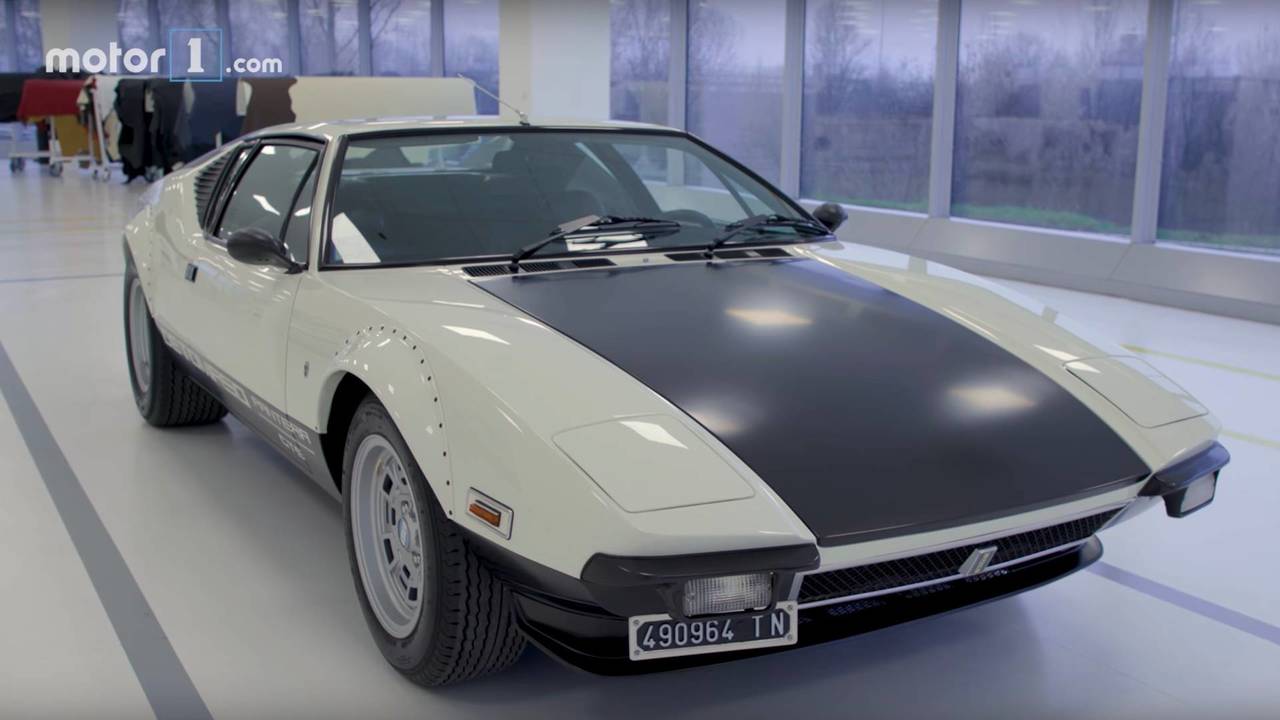 How many cars do you know have had their logo seared on to very rare beef?

It’s a mid-engined Italian supercar from the 70s, sure, but it’s also carrying the Argentine flag and a cattle brand. The De Tomaso Pantera was produced for over 20 years, and though numbers were limited, it’s still one of the coolest cars around. Internet, meet the supercar you likely never knew you wanted.

De Tomaso was the brainchild of Argentinian Alejandro de Tomaso. De Tomaso himself fled the South American nation in 1955 after being implicated in a plot to assassinate the Argentine President. After a brief stint in racing he took to building cars rather than racing them – this career rather more successful than the last.

First De Tomaso made racers, then the Mangusta supercar, and after that… the Pantera. It was a mid-engined GT that initially came with a Ford-sourced 5.8-liter V8 punting out 330 horsepower, a fair whack for the 70s, which enabled it to get from 0-60 mph (0-96 kph) in around 5.5 seconds.

The Pantera offered some pretty jazzy mod cons for its time like electric windows, air conditioning and suchlike. It also was pretty generous in the headroom department. It was destined from birth to be a car for Europe and the U.S., with Ford selling them via Lincoln Mercury dealerships stateside. As one would expect from an Italian GT in the 70’s build quality wasn’t class leading, which led to something positive turn of events: Ford stepped up to the plate to improve the Pantera.

In the early 70s, Ford bought a huge stake in De Tomaso and upped quality, however, in 1975 Ford sold it again meaning no more De Tomasos would be imported to the US. That said, they could continue to be sold elsewhere.

In 1980 the Pantera got a major chassis redesign and a new GT5 model was launched – it came with massive bolted on wheel arches, bigger wheels and brakes, a plusher interior, though it kept the same massive Ford V8. 1984 saw a GT5S model, which had a more blended look for its wide arches, but if you wanted the riveted wheel arch look you could still order them from the factory. It was proper bedroom wall stuff.

1988 saw the original V8 go out of production entirely so De Tomaso popped a different, but similarly massive, Ford V8 motor under the hood. It wasn’t until 1990 when a smaller, but just as punchy, Ford 5.0 replaced it.

In its 21-year lifespan the Pantera went from slightly wonky Italian GT to Ford-funded supercar, and then to less wonky Italian poster-car. It may not have a prancing horse on its nose, but it’s easily one of the coolest cars ever produced.

Oh, and the De Tomaso badge is a mix of the Argentine flag and the cattle brand of the ranch that company founder Alejandro de Tomaso grew up on. How many cars do you know have had their logo seared on to very rare beef?