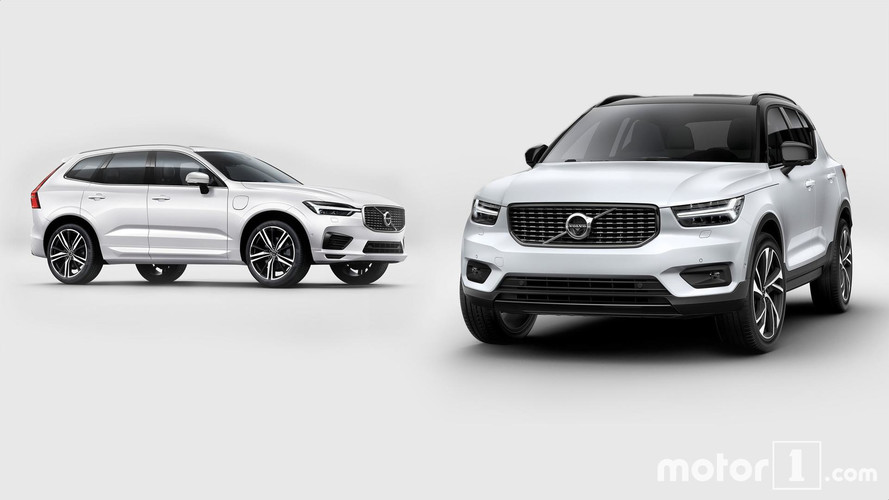 Look at how these two Swedish siblings compare in a series of photos.

Volvo continues to impress with gorgeous new SUVs. Now with the new XC40, the brand will have a compact crossover to compete with other premium entries like the BMW X1, Mercedes-Benz GLA, and Audi Q3. Despite its smaller footprint, Volvo has big ambitions for the XC40. Stylistically, it appears to combine all the best traits of other new Volvo SUVs – the XC90 and XC60 – with some unique elements.  Let’s take a look at how the XC40 compares to its big brother, the XC60.

From the side is where these two siblings differ the most. Being 7.8 inches shorter than the XC60, the XC40 does without a third row of windows. The rear doors also angle up and give the XC40 wider looking hips. Buyers also have optional contrasting roof colors to differentiate the small crossover from the rest of the Volvo lineup. Unlike the XC40, the XC60 does without plastic cladding, presumably to create a more luxurious look.

From the back, the XC40 shows off a more modern interpretation of the traditional long tail lights along the tailgate, and largely echoes the XC60’s integrated exhaust tips in the rear bumper. From this angle, the XC40’s wide hips are very apparent – giving the car a sportier and more planted look than the XC60. With more dynamic lines, the XC40 amplifies the smoothed out ones of the XC60.

Like the outside, the XC40’s cabin seems to take all the best traits of the XC60, but adds bits of its own. A large touchscreen sandwiched between two long air vents bears a large resemblance XC60’s layout. Both steering wheels and digital gauge clusters look alike, but the XC40’s airbag cover is set deeper in the wheel to hint at a sportier driving experience. The small Volvo SUV also utilizes brighter color options, and unique dash materials and accents to appeal to younger buyers. The XC60 on the other hand, employs a more traditional color palette that higher price luxury SUV buyers expect.