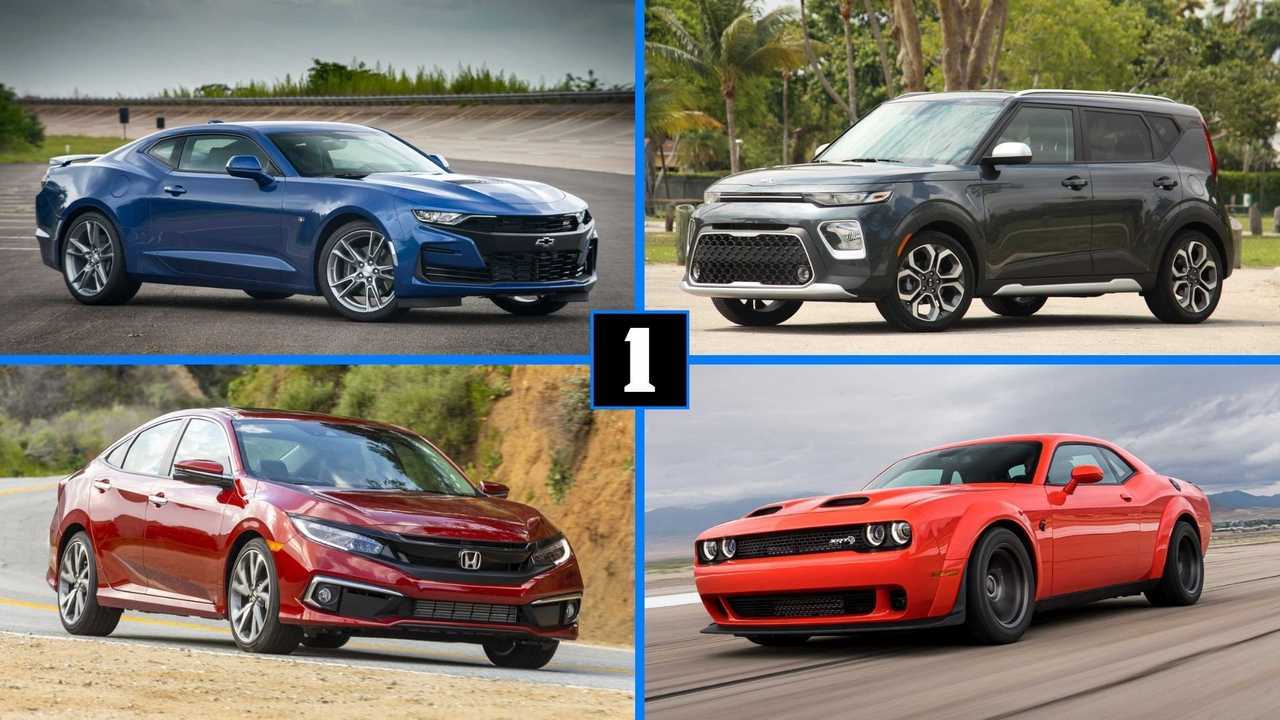 The 20 cars that retain their value best after five years of ownership.

Unless you plan to hold onto your car until it’s ready for the junkyard, your car’s resale value is just as important as its purchase price. While some cars can have high purchase prices, if they retain their value well, they may be less costly to own over time than cheaper alternatives. The difference between a car’s purchase price and its resale value is called ‘residual value’, and our friends over at CarEdge.com, an upstart automotive research and listings site, are experts on depreciation and residual valuations. They analyze millions of automotive data points throughout the year and publish rankings on nearly 200 vehicle models to determine which models hold their resale values the best, and the worst.

The latest rankings, published in late September, consist of an eclectic mix of high performance and value models. Many of these, in fact, are surprising to find on a Top 20 resale value list. Factoring heavily into this year’s resale numbers are many large-scale economic factors such as the Covid crisis and related auto plant closures, the virtual stoppage of workday commuting, and many families’ desire to take road trips rather than boarding a plane or cruise ship on vacation.

Subaru And Lexus Win Awards For Having Models That Hold Value

The year 2020 has been an odd year for everyone. It’s been no different in the car business. Dealers were worried about oversupply. Instead, many have run out of cars to sell. That unusual dynamic has caused used car prices to soar.

The cars in our Top 20 list are those that have held their value better than all other passenger cars after five years of ownership. This is a list for passenger cars only; trucks, SUVs, and other vehicle types are excluded (we’ll publish separate lists for them later). Also, only vehicles on sale for the last five years are included; newer models just don’t have enough data yet to rank their depreciation accurately.

Stylish good looks, a smooth ride, and a little bit of zip, make Mazda’s flagship sedan a great choice for those looking for a well-appointed car, without a well-appointed price tag. After 20 years of production, and undergoing multiple facelifts over three generations, Mazda has the 6 dialed in just right to provide a great balance of class and practicality.

The Camry has been with us for almost 40 years, and it just rolls with the times, continually reinventing itself. Over four decades, the Camry has grown physically, from a small compact in the '80s to today’s much beefier mid-sized classification. Year after year, the top-selling Camry has delivered more folks to their destination with an ease, simplicity, and reliability that few other cars can match.

In the hyper-competitive mid-sized sedan segment, the Legacy holds its own against powerhouse nameplates such as the Honda Accord and Toyota Camry. The Legacy’s redesigned sixth-generation model was introduced in 2020, and it has firmly established itself among the leaders in the space, no doubt, leaving a legacy for others to follow.

The Kia Forte delivers great value to entry-level buyers looking for practicality and reliability. While Forte sales peaked in 2017, it has been able to outlast some of its US rivals to endure in the small-size sedan category. Offering a big dose of economy with just enough comfort, room, and power to get the job done, has, and continues to be the Forte’s forte.

Toyota’s eclectic-looking Yaris appears as if it is going to take a big bite out of you, but it won’t take a big bite out of your wallet.  The entry-level compact is relatively utilitarian, but Toyota is able to add just enough bells and whistles to make it an efficient and economical option to get from point A to point B, especially where space is tight on city streets and in the parking garage. Unfortunately, 2020 will be its last year on sale in the US.

Who doesn’t love the iconic Miata roadster. This sporty and stylish nameplate has been with us since the late '80s and it just gets better with time. If you want to zip up the coast, or cruise over to Starbucks for a latte, there’s not a more fun choice. However, you and your co-pilot will have to travel light, as a 12-pack of Bounty or a large pizza might end up on your passenger’s lap.

Of course the Honda Accord is going to have a spot on the Best Resale Value list. (Interestingly, however, it’s not in the top 10.) The Accord has been a mainstay on American roads since the mid-'70s, and without fail, it has been a bellwether of reliability and value. While its physical size and price tag have grown considerably over the years, the Accord still provides a great value that endures through the ages.

See the Honda Accord Depreciation Chart.

Like its bigger brother, the Mazda 6, the 3 delivers comfort and styling in a small package. If you’re looking to maximize good looks, but minimize the dent in your bank account, the Mazda 3 is a good place to start – and you just may end up there as well, as it’s a lot of car for the money.

This German runabout has been with us for eons, and it just keeps motoring. While the body lines have morphed with the times, a Golf is unmistakable, and is now in its 8th generation. The notable hatchback packs plenty of interior room and comfort into its small frame, and if you are looking for a ride that will go 200,000 miles+, the Golf will get you there, and does a nice job of holding its value along the way.

The Camaro is a piece of Americana, and has been a staple of the country’s automotive diet for over half a century. This powerful and stylish coupe impresses us not only with its looks and staying power, but in its ability to maintain its value over time. Compared to some of its european counterparts, the Camaro delivers a lot of bang for the buck, and won’t crush your budget now, or over the long run.

If you want practicality coupled with a personality, the Kia Soul is just the ticket. Creative advertising, a bold look, and an attractive price tag created quite the Soul following, and that has done its owners well through the years. For those looking for versatility, coupled with a little bit of fun, the Kia proves to be a worthy choice that maintains its value over time.

Except for its hopped up sister WRX model, the Subaru Impreza is not exactly exciting or dynamic, but its loyal following appreciates its ride comfort, roominess, and overall value. Those who live in colder climates also enjoy the sure-footedness of its standard all-wheel drive. If it’s practicality that you’re looking for, and at a great value, the Impreza outperforms almost all of its peers in value retention.

Nissan’s ‘Z’ car has been a favorite of car enthusiasts since the first model debuted in 1969. Fifty years later, the 6th generation 370Z is still impressing us with its stylish looks and nimble performance. Nissan’s dedication to the Z line helps out a lot in the used market. Demand for the 370Z has endured through the years, earning its way onto our list.

No Top 20 list for value would be complete without a Honda Civic on the list. The Civic has been a trusty stalwart for decades, and is known for its reliability, practicality and overall good value. This year is no exception, with the Civic planted firmly within the ranks of those car models that hold their value well. After 10 generations, Honda seems to have the value proposition dialed in nicely.

The blue oval’s iconic pony car has adapted well over the years, and continues to gallop along. Ford’s engineers, partnering with Shelby, have been busy as of late. Their new high-performance models leave the factory with up to 760 horsepower. This recent investment in the Mustang badge has bode well for existing owners, as used Mustangs’ values have held up nicely, despite a lot of supply coming from downsized rental car fleets.

Dodge’s testosterone-filled R/T and SRT Challengers pull away from the pack when it comes to maintaining the value of the Challenger line overall. A continued investment in the Dodge nameplate has had enthusiasm for the Challenger running in top gear for several years now, and resale prices reflect the continued interest in Dodge’s hot rod. The Challenger makes it abundantly clear that America’s love affair with horsepower is still hot and heavy.

Unlike the power-thumping Mustang and Challenger, the Toyota Corolla appeals to a different audience, with economy, practicality, and an aura of frugality. Corolla owners are not disappointed, however, as Toyota delivers on this reputation. If you buy a new Corolla, you’re virtually assured of a worry-free, low-cost mode of transportation that will last you as long as you wish to keep it.

Subaru’s sporty 2 + 2 coupe, built in partnership with Toyota, is closing in on a full decade of production. While its factory models are not known for their tire-screeching, skin-ripping performance, they’re a proven hit with a younger generation looking for a conducive platform to modify into customized street rods. This keeps used BRZs in high demand, and resale values up, providing financial flexibility for those who want to buy a bigger spoiler or add Nitrous.

Nissan has a cult-like following with its rocket ship GT-R, which continues to delight its owners with its pulse-quickening acceleration and aggressive styling. Its huge fan base has allowed Nissan to raise prices of the GT-R substantially in recent years, and that’s worked well for prior owners, who just happen to have a hot car which holds its value well in the aftermarket. If you’re looking for gobs of horsepower, and don’t want to take a financial hit from depreciation, it’s almost impossible to beat a GT-R…almost.

The Chevy Corvette takes the crown this year as the #1 car for holding its value five years after new. This iconic beast continues to reinvent itself, now going into its 8th generation, with more aggressive styling and more horsepower than your dad can even imagine. While it is the C7 we are measuring for value retention, it is the C8 that is setting the bar higher, and keeping the used market interested. With the C8’s starting price just under $60,000, it’s like getting a Ferrari at 75% off. No wonder Vettes hold their value. How can you beat this power-to-price ratio, and look so good doing so?

Cars with the Best Resale Value