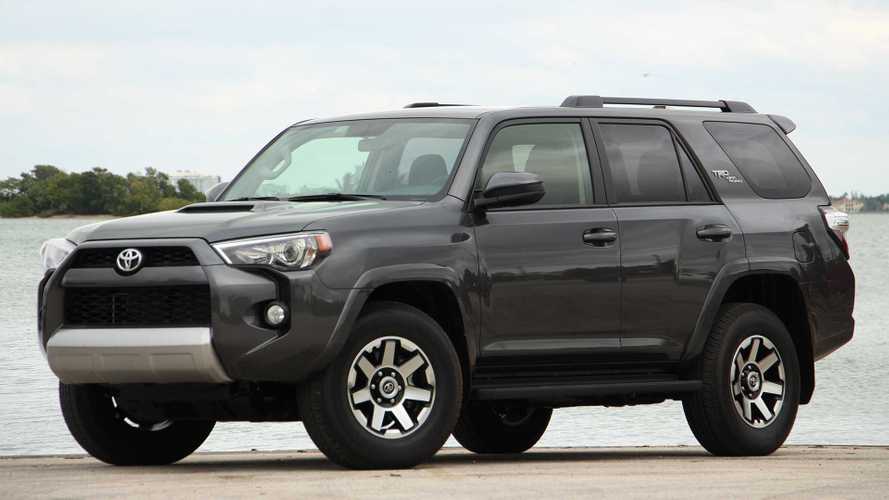 Search new body-on-frame SUVs. The results boil down to just a handful of options: the Jeep Wrangler, Chevrolet Tahoe/GMC Yukon/Cadillac Escalade triplets, and the Toyota 4Runner, among a few others. But unlike the aforementioned cars, Toyota hasn’t updated the 4Runner in years.

It’s been 10 years since a redesigned 4Runner hit the market. Ten years. That’s fine because, for a lot of folks, the same old-school, off-road charm of the original 4Runner remains. But for most modern buyers, this rugged SUV is a dinosaur.

While previous versions of the 4Runner models are a bit too soft, the current gen is all muscle. Even after a decade in its current state, the 4Runner’s edgy lines and aggressive face – especially in the TRD trim – still look great. At a minimum, it at least blends in with the rest of the radically styled Toyota lineup. You won't mistake the 4Runner for anything else in its class, that’s for sure.

But things start to fall apart for the 4Runner once you step inside. Its interior looks and feels 10 years old. Silver-painted plastics, cheap dials, and rough finishes litter the cabin. The teeny, tiny infotainment screen doesn’t do anything to aid the interior aesthetics, either. As with the cabins of the Tacoma, Tundra, and Sequoia, this one feels ancient.

The 4Runner is about as comfortable as a body-on-frame SUV can be. That is, not very. The suspension is soft and bounds up and down even over small undulations in the pavement. The windshield is relatively upright and large, but the bulky center console and unusually low seating position make it hard to see out of. At least there’s a lot of space, which ups the Toyota’s score more so than anything else.

Let’s face it, a 10-year-old, body-on-frame SUV isn’t exactly the definition of “modern.” That means there’s barely any worthwhile tech in the 2019 4Runner. The base 6.1-inch touchscreen has virtually no optional features like Apple CarPlay or Android Auto, but at least it has navigation (available on SR5 Premium and above). There is Bluetooth connectivity – but, that’s a relatively basic feature in 2019 – as well as an optional JBL audio system costs.

The 4Runner doesn’t get high marks for performance and handling – at least not on pavement. The 4.0-liter V6 – pumping out 270 horsepower and 278 pound-feet of torque – is old, requires a lot of throttle to get going, and doesn't sound particularly nice. Making matters worse, Toyota continues to attach it to a five-speed automatic transmission, which is slow and unexciting everywhere but the trailhead.

At highway speed, the 4Runner has a hard time staying centered. Anything more than a breeze will push the upright, 4,700-pound body around like a balloon. The body wafts side-to-side like a cargo ship on rough seas, the steering is vague, and significant impacts send shudders through the body-on-frame chassis.

The 4Runner TRD stands out in one area almost exclusively: off-road grip. While lesser trims are available in both two- and four-wheel drive, the TRD Off-Road features the otherwise optional part-time four-wheel-drive system as standard. And yes, there’s still a two-speed transfer case with a locking rear differential for off-road use. Based on previous reviews, we know the 4Runner has serious off-road chops, from the base model to the high-po TRD Pro.

Rated at 17 miles per gallon city, 21 highway, and 18 combined (with all-wheel drive), the ancient 4Runner’s 4.0-liter V6 isn’t as thirsty as you might think. Compared to the new V6-powered Wrangler Unlimited (18/23/20), the 4Runner is only down slightly. But the Wrangler also offers a four-cylinder mild-hybrid engine that returns a more-efficient 23 city, 25 highway, and 24 combined. The 4Runner doesn’t.

Six paint colors and the faux leather Softex interior come standard. But options include things like a moonroof ($100), a moonroof plus a sliding rear cargo deck with under-floor storage ($450), a dynamic suspension system ($1,850), or a dynamic suspension system with the power moonroof and under-floor storage included ($2,200). Assuming you get the most expensive option package and load up with dealer accessories that include things like 17-inch TRD wheels ($2,199), two-in-one LED fog lights ($439), crossbars ($199), and more, you’ll find yourself paying well over $50,000 for a 4Runner.