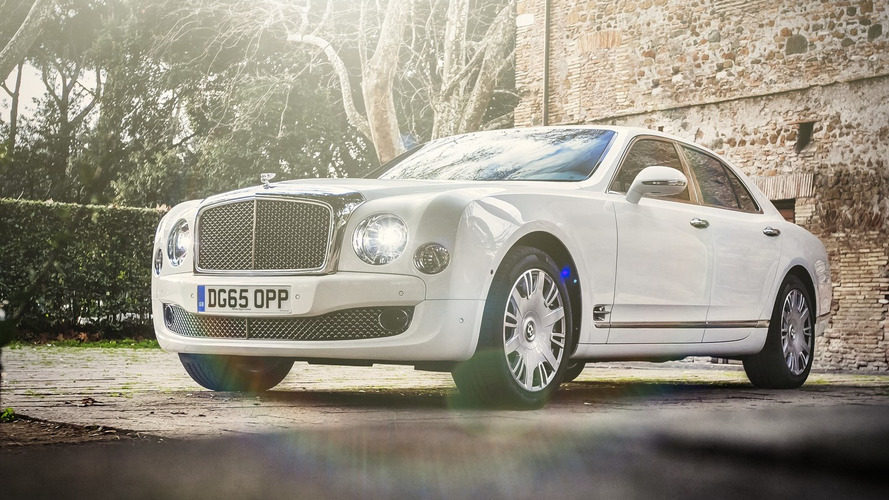 We bring our photographer to Rome, for a luxury shoot with a sporting Bentley.

Those of you that have recently discovered Motor1, and you stalwarts that have been World Car Fans for years, are in for a treat in 2016. This year our news coverage will be better, deeper, and more comprehensive than ever, our collection of new car review and feature content will explode, and our ability to collaborate with partner editions all across the world will be unlike any other car space on the internet.

To wit: Last week our partners at Motor1 Italy (née OmniAuto.it) had some fun around Rome in one of the quickest examples of a super-luxury sedan on the planet, the 2016 Bentley Mulsanne Speed. The Romans were filming the car for their popular weekly video review series (which you can see with subtitles, below). Considering, though, that driving such a hidebound starship through the Eternal City isn’t exactly a common site, we asked for them to shoot some photos, as well.

The results are pretty spectacular. With noted fashion and automotive photographer Igor Gentili behind the lens and Rome as the canvass, we’ve never wanted to drive (or ride in) a Bentley more. We encourage you to take a languorous stroll through the photoset you see here.

And, in the meantime, test drivers Giuliano Daniele and Andrea Farina shared a few impressions about how the house-priced machine (it starts at nearly $340,000 in the U.S. and totaled €318,625 at the specification you see here) goes down the lane.

In terms of untoward noise, apparently we discovered more inside than out. Giuliano reports that the car won’t creak or shudder even at the hands of Rome’s worst potholes, which is good. But the rather outdated infotainment system makes a “bad noise” when activated, which is strange, and, well… bad. On the other hand, says Giuliano, the interior smells great. We'll call that a win, overall.

There are few cars better for being driven about in sheer opulence. The guys were mistaken for pop stars while driving, opening and closing the rear window shades for maximum allure. All the while, the one-button-simple seat massage kept us feeling as loose and cool as we expect we looked.

Driving the Mulsanne Speed is still a fast ticket to happiness, even if we were surprised to see the Bentley’s seating position put Giuliano eye to eye with those piloting crossovers (The car is huge everywhere, and double huge in Italy.) Power from the famous 6.75-liter V8, turbocharged these days, is beyond prodigious. The engine makes 530 horsepower (395 kilowatts) and 811 pound-feet of torque (1,100 newton-meters). The torque is great enough, says our driver, that 20-percent throttle is sufficient in most situations, and opening it wide results in a noise like a vintage aircraft.

Thankfully, beautiful people wealthy enough to buy this brutal charmer don’t worry about fuel bills. We saw not-quite 20 miles per gallon in motorway driving and a remarkably thirsty 8 mpg in the city.

Even at that rate, in this city and in this epic car, the cost is well worth the drive.