Mulligans aren't a new thing in the auto industry. Automakers plan a product, don't quite nail the execution, and either quietly shuffle the failed product off market or have a rethink and hit a home run the next time around. There's no better example of this than the Subaru Ascent. 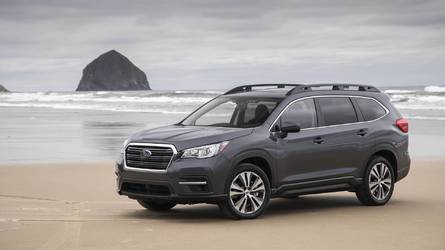 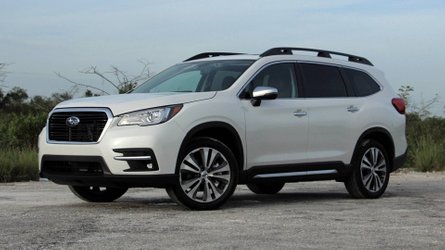 Given the disastrous tenure of the Subaru Tribeca, who would have thought the Japanese all-wheel-drive specialist would make such a solid showing with its second attempt at a three-row crossover? And yet, here we are, with the Ascent chalking up impressive sales figures and critical acclaim after just a short time on the market. It isn't hard to see why this CUV is succeeding.

The 2020 Ascent is spacious and impressively well equipped, has a likable powertrain, and is incredibly safe, nailing a Top Safety Pick Plus award from the Insurance Institute for Highway Safety. While the execution isn't perfect, it's unquestionable that the Ascent is an impressive follow-up in a segment that Subaru needs to compete in.

Big, three-row crossovers are normally all about the V6, but don't tell the Subaru Ascent. Its only available engine is a turbocharged 2.4-liter flat-four that's genuinely excellent. With 260 horsepower and 277 pound-feet of torque, this boxer engine feels punchier than many of its rivals V6 engines. Low-end torque is both abundant and linear – you're simply never wanting for oomph.

At the same time, Subaru's expertise in continuously variable transmissions stands out here. While I'm still not entirely sure why the transmission mimics an eight-speed automatic under acceleration, it doesn't change the fact that this is a likable setup. It's quick to engage off the line and keeps the engine speed suitably low under all but the most aggressive acceleration.

Subaru is really doing well with the interior game, earning praise for its treatment in the Outback and Legacy, but it's the Ascent that set the pace for those newer cars. The cabin of this three-row crossover is lovely, particularly in this tester's range-topping Touring trim. Subaru executed the faux wood and metal accents well, and the leather throughout the cabin feels nice, too. More importantly, this cabin feels solid and well built. The Ascent is no luxury crossover, but its cabin does a fair impression of one.

There is so, so much space in the Ascent. Those up front benefit from ample head, leg, and shoulder room, as well as an extremely comfortable set of seats (not to mention a pleasant driving position). But it's the second and third rows that really impress. The captain's chairs in the Ascent's middle row are easy spots for whiling away the miles, and the two seats are far enough apart to keep little Bobby and Mikey from stealing the other’s toys. There's 38.6 inches of legroom, slightly more than you get in the Chevrolet Traverse and Honda Pilot (38.4 inches, each), and slightly less than you get in the Ford Explorer (39.0 inches).

Even the back seats are tolerable for adults. The Ascent falls neatly in the middle of the segment for third-row legroom, and while a minivan would unquestionably be a better choice if you were planning on routinely using the very back seats, the Ascent’s rearmost row is no penalty box.

Tasking a mere 2.4-liter engine with hauling about 4,500 pounds is not exactly a boon to fuel efficiency, as evidenced by the image above. Netting just 17.3 miles per gallon is a tough pill to swallow, particularly considering the Ascent earns EPA fuel economy estimates of 20 mpg city, 26 highway, and 22 combined. That's competitive in the segment, but in the real world, the Ascent was more than a little thirsty.

I can't tell you the last time I saw a Subaru Ascent on the road. That's not because they aren't selling – over 66,000 left Subaru dealer lots in 2019, alone. On the other hand, I'm seeing Kia Tellurides almost daily, despite the South Korean brand selling just over half as many. And that's because the Kia stands out while the Ascent doesn't. This is an attractive car, sure, but it's also anonymous and unexciting to look at.

Subaru deserves every ounce of praise for the competency of its EyeSight active safety system. It's widely available, standard across the Ascent line, and comprehensive as all get out. But much like the Outback I tested earlier this year, the Ascent's impressive safety suite is hyperactive and annoying (except when it's saving your butt). I really wish Subaru would allow the driver to adjust the sensitivity of these systems, particularly the forward collision warning. I was tempted after just a week to switch the systems off, which I might not have considered if I could make the system less sensitive.

7 Photos
By: Brandon Turkus
++
Got a tip for us? Email: tips@motor1.com