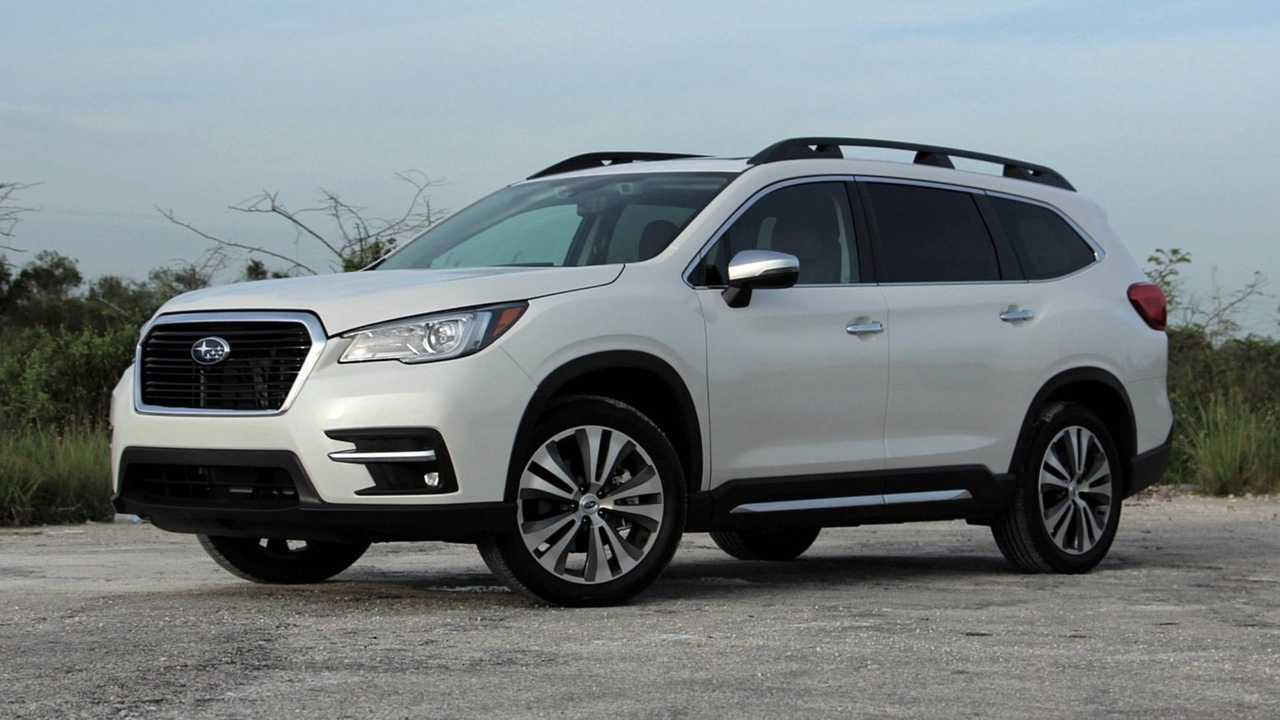 Three row SUVs – almost every automaker offers one, and seemingly all buyers want one. The desire is so strong, in fact, that some companies have gone so far as to shoehorn extra rows into the backs of their smaller crossover offerings (see the Lexus RX L and Nissan Rogue). But with the departure of the Tribeca in 2014, Subaru remained one of the few holdouts in the segment, despite its place as one of the original crossover manufacturers.

The new Ascent may have arrived a bit late to the game, but it's coming in strong. A subtle but stylish look, a well-equipped cabin, and a brand-new 2.4-liter boxer engine make it one of the best options on sale right now, and a huge step up in every respect from the Tribeca that came before it.

Admittedly, the new Ascent looks a bit too generic for my taste. It lacks the eccentricity of other Subaru products. The massive grille with a chrome surround is an overplayed and common element in this segment, the headlights are plainly styled, and the body just doesn’t have any distinguishable shape. From the side, you might mistake it for a Honda Pilot or a Nissan Pathfinder. I long for the same lovable cues of the original Tribeca, or the sharp styling elements of the new Crosstrek.

That said, there’s nothing to truly hate about it. Black plastic cladding around the bumpers and wheel wells gives it a rugged look, as does the optional roof rack. The lone wheel style is sharp, and the chrome accent piece integrated into the taillights is also a nice touch. The Ascent is perfectly fine to look at, but won’t stand out in a crowded parking lot.

Cover up its badges, and you might guess the Ascent was a far more premium product. The cabin is extremely well-finished in the range-topping Touring trim. The handsome Java Brown leather seats are soft and comfortable, and the subtle wood accents on the door panel and Ivory leather accent pieces on the dash give the Ascent’s cabin an upscale, modern feel. In terms of functionality, all the buttons and switches are cleanly laid out and easy to navigate from the driver’s seat.

Hop into either of the back two rows, and the same ritzy finishes carry over. There are two USB ports and an HVAC control mounted into the back of the center console, which is easy to reach from either of the heated captain’s chairs (base, Premium, and Limited trims can be had with a second-row bench).

The second-row has a hearty 38.6 inches of legroom, besting the Volkswagen Atlas by one inch. But the third row falls short to the VW by two inches (31.7 to 33.7). Still, it’s a pretty comfortable place to sit; my six-foot frame never felt overly cramped behind either of the captain’s chairs. And the pièce de résistance: 19 cupholders, the most of any vehicle on the market today.

Subaru’s StarLink infotainment system comes standard on all trim levels of the Ascent. The setup includes Apple CarPlay and Android Auto standard, as well as satellite radio and Bluetooth connectivity. The Touring trim makes do with all the same features plus standard navigation, and a larger 8.0-inch touchscreen compared to the standard 6.5-inch screen. It’s a really seamless setup with clean graphics and immediate responsiveness – a huge upgrade over previous Subaru models. If you want similar entertainment options for passenger in the second and third rows, Subaru forgoes the traditional rear-seat-mounted entertainment system for a set of iPads and headphones instead, a $1,995 option.

The Subaru Ascent only has one engine: a new turbocharged 2.4-liter flat-four-cylinder that produces 260 horsepower and 277 pound-feet of torque. But you won’t be complaining about the lack of options. The four-cylinder setup, paired to an eight-speed-mimicking CVT, has more torque than both the V6-powered Atlas and Chevy Traverse, and feels much punchier. The Ascent gets off the line quickly, and is never underpowered at highway speed. Subaru says it will sprint to 60 miles per hour in 7.4 seconds.

Although it tips the scales at 4,603 pounds, the Ascent performs like a much smaller crossover. The steering is light and crisp, and the suspension is expertly tuned, neither too firm nor too soft. Body roll is kept to a minimum in the corners, and the tires don’t squeal or buckle even when pushed too hard. Subaru’s Symmetrical all-wheel drive system means the Ascent is competent off road, too.

The full safety suite is advanced for this segment, and displays inklings of self-driving capabilities (note: the Ascent is not autonomous). It’s one of the best safety applications in any Subaru product to date, and puts the three-row SUV easily at the top of its class in terms of safety.