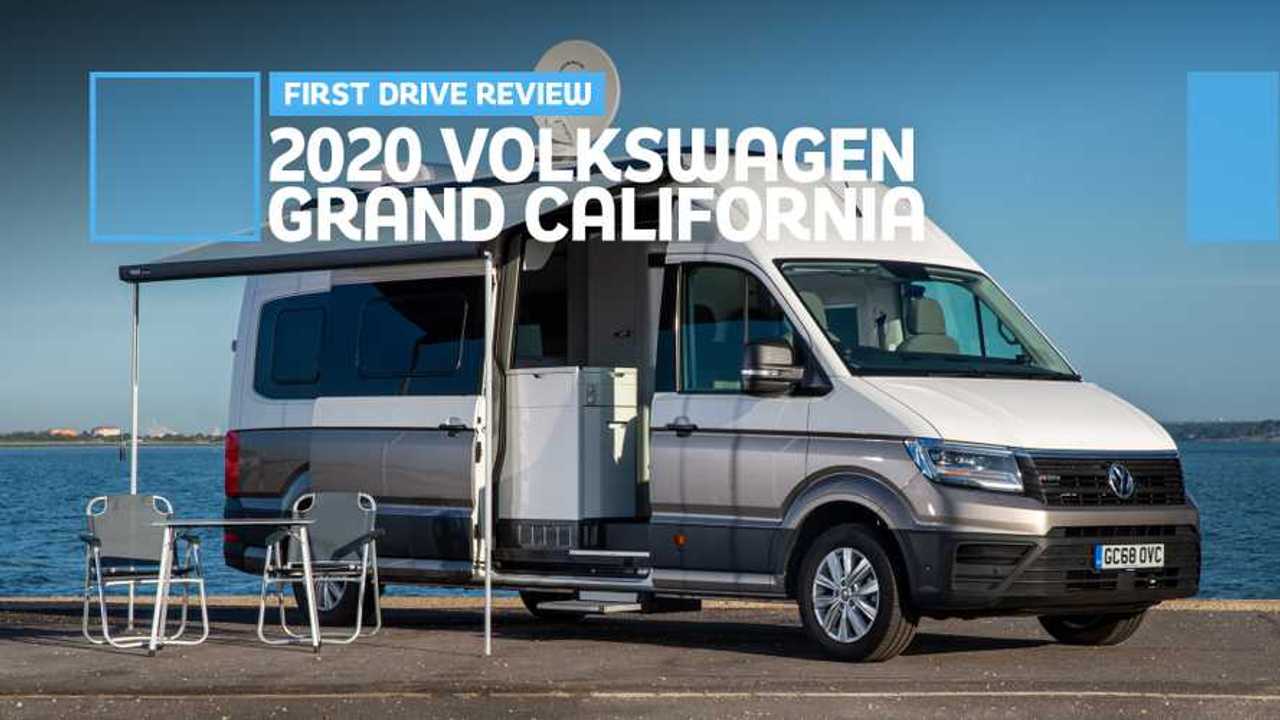 Europeans are so used to the idea of the T6-based Volkswagen California that it’s become something of an institution. The California follows a long tradition of camper vans that reach back to the early split-screen VW buses. VW isn’t the only manufacturer building its own camper, but the German brand is the most established, and it’s branching out with a bigger model: the Grand California.

It’s based on the European-market Crafter commercial van, a vehicle, which, like the T6 beneath it, isn’t offered to U.S. customers (so despite a likely appetite for it, VW’s camper vans aren’t available in a country where one of the states lends its name to the model).

The Grand California is a van you could realistically live in without many compromises. The T6 California needs the amenities of a campsite to be truly comfortable, but the Grand California has the space to carry everything you need to live off grid. There are two sizes available the 600 and the 680 (the latter being the longer of the two). The shorter 600 gets a higher roof that makes room for a cubby sleeping area that’s big enough to hold a couple of adventurous kids and allows the model, which also features a generously proportioned double bed, for a total of four sleeping spots. Somewhat perversely, the larger 680 only offers sleeping for two.

Unlike in the T6.1 California, that bed’s pretty much fixed in position (it does fold up to access ample storage underneath), which means there’s no need to pop a roof-top tent when it’s time to bunk down. Instead, you simply put the van in Park, stroll through the cabin, and collapse on the big, well sprung bed.

The Grand California is a van you could realistically live in without many compromises.

Not, perhaps, before you’ve had a meal prepared in the kitchen area, which runs galley-style along the door side, and includes a gas burner and sink above a pull out fridge that’ll accommodate even the thirstiest of campers. Behind the driver and front passenger seat there’s also a bench for two more passengers, which – with a bit of seat twirling – converts to a four-seat dinette.

With a 29-gallon (110-liter) freshwater tank and coach batteries linked to solar panels, the Grand California allows owners to stop wherever they like. An on-board toilet, shower, and bathroom sink further adds to its versatility. If you’re completely at one with nature, then the outdoor shower attachment affords Grand California owners to get a good scrub in before bed. More likely, though, owners will use the setup to clean muck off bikes, sea water off wetsuits, or wash dirty pets.

If you’re venturing a bit off the beaten track, then VW offers the van with its 4Motion all-wheel-drive system (front-wheel-drive is standard) Power for the Grand California comes via a turbodiesel 2.0-liter four-cylinder engine, which works with an eight-speed automatic transmission to transmit its 177 horsepower and 302 pound-feet of torque to the drive wheels.

Being based on the Crafter, the Grand California benefits from some smart safety systems. These include a hill-start assist system, Cross Wind Assist (this is a tall vehicle, after all, so anything that counteracts the effect of a strong cross wind is welcomed), automatic emergency braking, and front and rear parking sensors. Optionally available, and useful in such a sizable machine, are items such as blind-pot monitoring and adaptive cruise control.

Driving the Grand California is much like any large commercial vehicle. It is a van, after all. But vans have improved in recent years, with refinement and comfort that make them easy to pilot. There’s some additional resonance and noise that’s inevitable given you’re effectively hauling a condo in the back, but the cabin is generally quiet on all but the most poorly surfaced roads.

Driving the Grand California is much like any large commercial vehicle.

The 2.0-liter TDI offers adequate performance; however, what it lacks in motivation it makes up for with its general refinement. It only ever really gets vocal as it nears its – rather low – redline. Fortunately, you’re unlikely to push the engine toward the top of its rev range, since camper vans typically generate their own state of unhurried driving Zen. The driving position – up high with a view out that’s widescreen in its aspect – makes maneuvering the Grand California through tight streets a relative cinch. The lack of any projecting bodywork along its flanks also makes it an easy vehicle to place on the road.

When you reach your rest stop you’ll really appreciate the quality of the Grand California’s interior, its fixtures, and its fittings. It feels more luxury jet than recreational vehicle. There are some really neat touches, too, including the way the camp chairs stow neatly in the rear doors and the electronic control panel that displays the status of all the onboard systems; be it water levels or battery status. The panel also allows users to control the van’s heating system.

And it works, too. A night spent in the Grand California during the United Kingdom’s brisk autumn proved the van was as comfortable as any hotel room. More so indeed, as there weren’t any insomniacs or sexual athletes in adjacent rooms to keep us up through the night. The Grand California is an idyllic, cosseting space that offers the promise of ultimate escapism.

That’s a huge part of its appeal. Whatever your interests, the Grand California can facilitate and enable them. Whether you’re a hiker, biker, racer, artist, or photographer, this big VW van can serve as a base, a studio, or a mobile home. As escapism goes, the Grand California is about as appealing as it gets, which makes it a real shame VW doesn’t sell the van in the U.S. No doubt, the Grand California would be even more at home in the big spaces of America than the tighter confines of Europe and the UK.