The grass is definitely greener in Europe when it comes to camper vans. We checked.

Bell-bottoms, psychedelic rock, and the Volkswagen T2 Microbus – few things epitomize American culture in the 1960s as much as those three. The latter, though built in Germany, has forever ingrained itself into American car history – and understandably. With quirky styling and a large, spacious cabin, it was the ideal vehicle for long excursions, weekend getaways… and the lawn of Woodstock in particular. 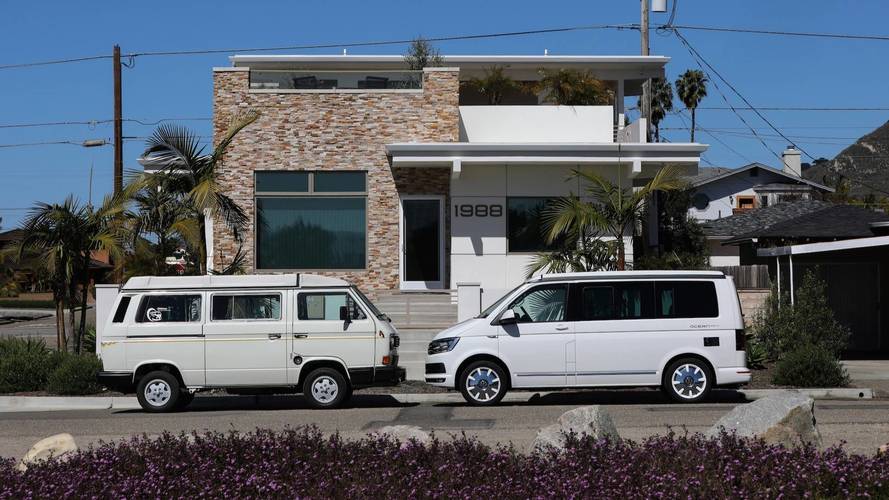 The VW van is still kicking in 2018, though sadly buyers on this side of the Atlantic aren’t able to get their hands on the latest model, the T6. But VW understands us Americans still have love for the large transport van, which is  why the company decided to ship nearly a dozen of them to the Golden State for us to play with in honor of the California trim’s 30th anniversary.

The California trim has been around since 1988, and transform the standard, cargo-van-like T6 into a comfortable weekend warrior. The standard metal roof is replaced with a pop-up tent, and most of the interior is gutted to make way for a small kitchen, extra storage, and foldable seating areas.

A Bigger VW Motorhome Is Here: 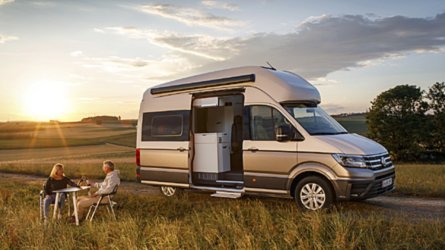 My journey started at Los Angeles airport, where the half-ton camper vans greeted me upon arrival. One of these vehicles would be my home away from home for the next three days. In this case, a range-topping Ocean Red trim that looked more like a shoebox-sized luxury apartment than a camper van.

Fully stocked with two sleeping compartments, a stove, a fridge, a rear shower with a 30-gallon water tank (which were weren’t allowed to use), a few three-prong power outlets, and a kitchen sink, I set off in my vehicle towards the Pacific Coast Highway. The three-day trip included nearly 500 miles driven on scenic roads and surrounding highways, and two nights of real camping (i.e. no running water) just outside of Malibu and Santa Barbara. Thankfully, the T6 was up for the task. 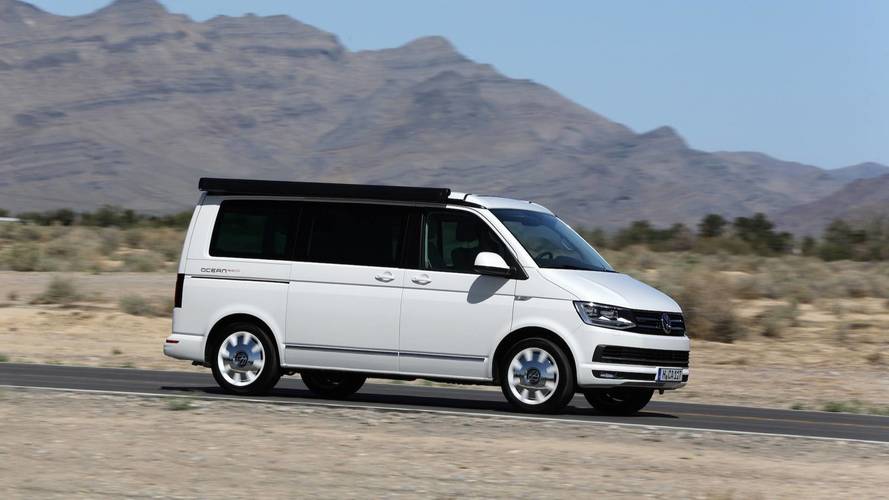 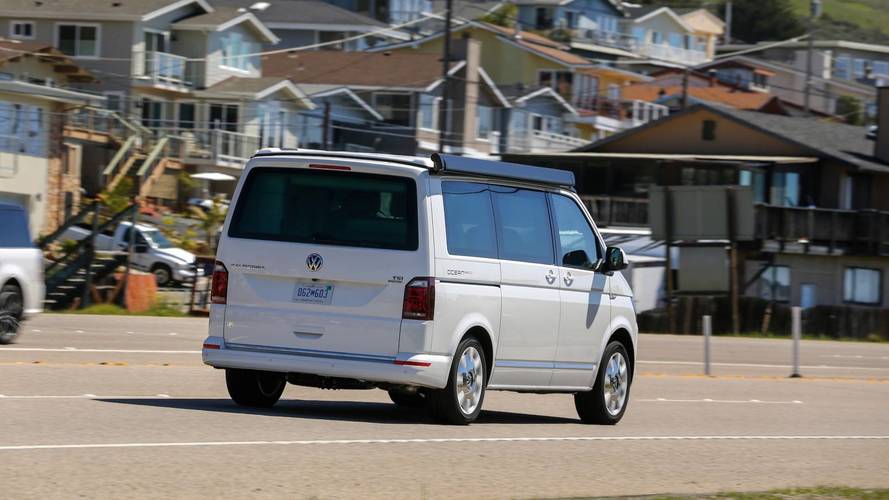 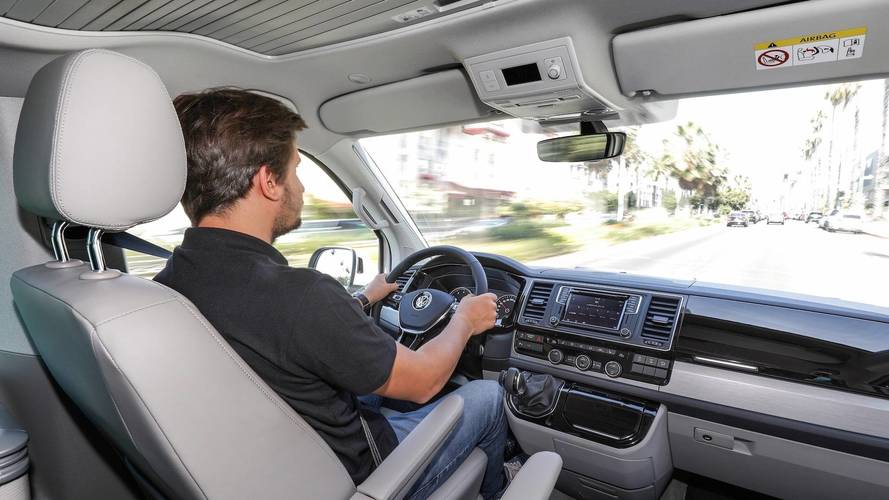 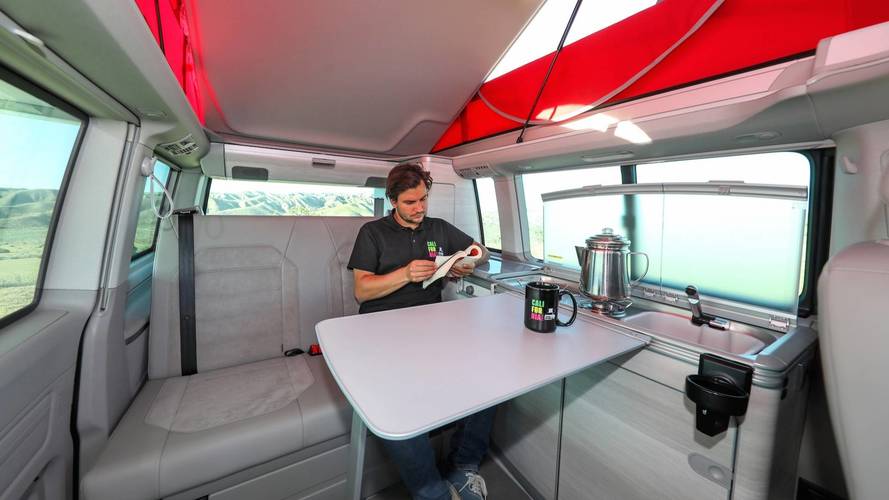 Powered by a turbocharged 2.0-liter engine producing 201 horsepower and 258 pound-feet of torque, with power sent to all four wheels, the T6 was perfectly capable of puttering along the highways of Southern California on our way to camp. Stopping at a few beachside parking lots along the way, the vehicle always managed to draw a crowd. One particularly enthralled Mercedes Sprinter owner even jumped in the backseat – without invitation – before peppering me with questions like, “this is electric, right?” – mistaking the Euro-only model with the upcoming I.D. Buzz – and, “when can I get one of these?” Enthusiasm for the California is real, especially in California.

After a few hours cruising the PCH, our journey lead us to a private campground overlooking the Pacific Ocean. Following a daring climb up the side of a hill – which the T6 handled with composure, I should add – we packed our campers tightly onto the open area. After a quick demonstration of all the sleeping features by a VW engineer, including the electronically operated pop-up roof, the foldable bench seat, and the swiveling front seats, we unloaded the beer from our in-car fridges, and set up camp for the night. Standing around the campfire – in between spirited talks of who would and wouldn’t survive on the TV show Naked and Afraid – we all agreed upon one thing: the T6 California was immediately lovable.

Day two was met with an early morning. After a quick breakfast and a spot of coffee, we set off onto the 101 highway, and into Santa Barbara. Once again, stopping along the way at a few more beachside parking lots lead to us engaging with locals, most of whom wondered where they could get their own VW T6, and for how much. 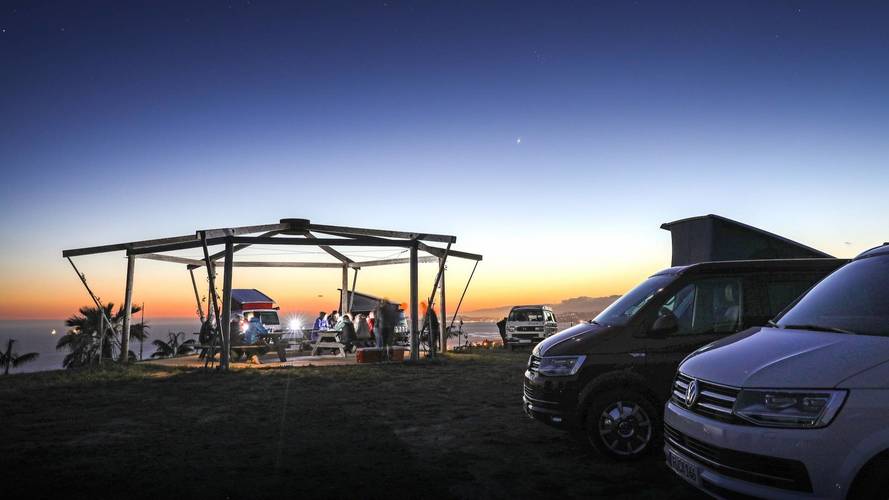 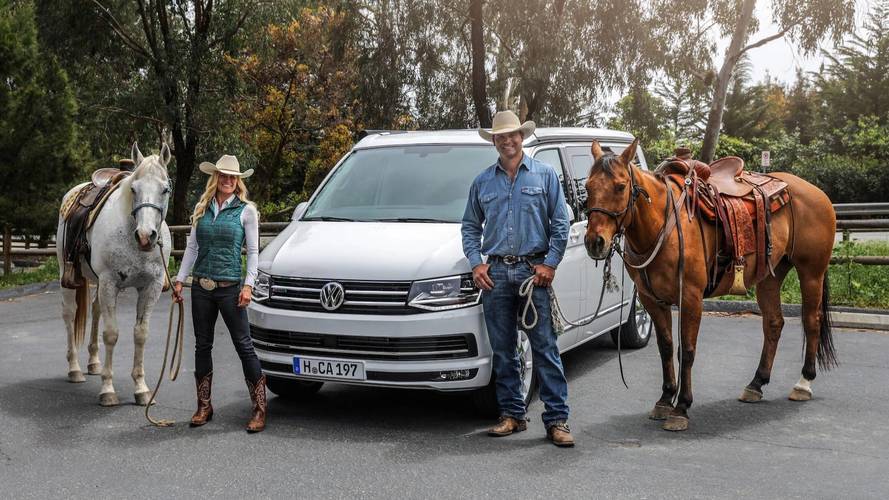 Santa Barbara was only stop one, as the second leg of the journey would lead us into Los Padres National Forest. That’s where the T6 California really surprised. In the mountainous regions just north of Santa Barbara, the van showed off its canyon-carving abilities. Though loaded up with luggage, a stovetop, and a mini-fridge, weighing in at nearly 6,000 pounds, the van was surprisingly composed on some particularly twisty roads.

In Sport mode – yes, there is a Sport mode – the T6 was especially lively. The 2.0-liter engine delivered improved throttle response, and with an optional adaptive chassis control system, it was pretty nimble, too. A lightweight, responsive steering rack gave great feedback from the road without forcing me to guess what the bulky body was doing. Just imagine a lifted Golf with a bit more weight –that’s essentially how the T6 feels from behind the wheel.

Following our fun sprint through the Los Padres forest, we set up our campers for the night again, this time using a cleverly hidden crank under the passenger seat to unwind the exterior canopy, and unzipping the rear-door mounted foldable seats to set up a sort of patio. Beer in hand, I enjoyed the view of the surrounding mountains wishing my one-time VW van experience was more of a weekly occurrence. 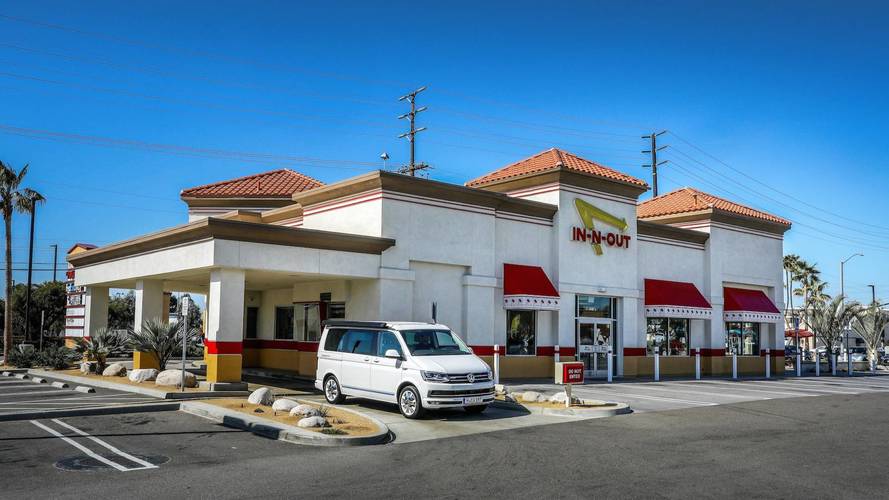 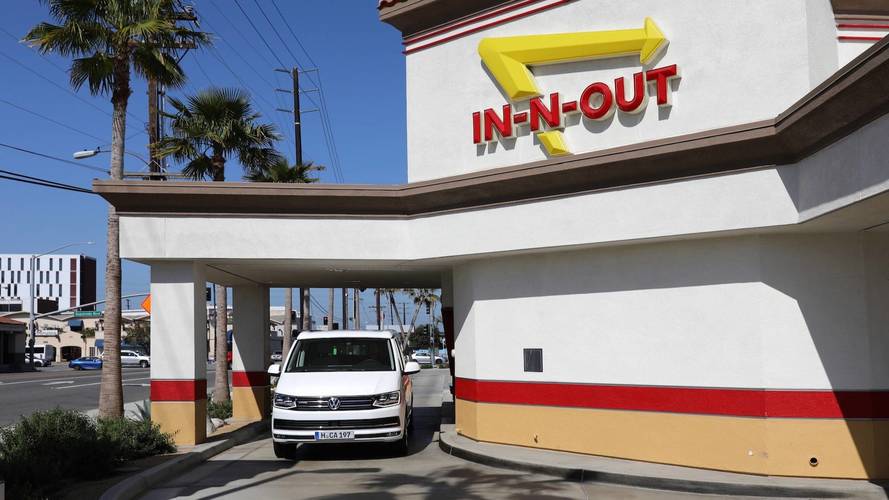 Our final day was met with traffic on the 405, and a quick spot of lunch at In-N-Out burger – which I enjoyed in the cabin of a colleague’s T6, using the fold-out table in the back seat – ahead of our drop-off point. But at the end of it all, I found myself not wanting to give up the lovable van. It’s hard to imagine Americans wouldn’t go crazy for this thing, especially with our born-again love of the American road trip.

For what it’s worth, with current conversion rates, the VW T6 is pretty pricey. This particular model, a fully loaded Ocean Red trim, would cost more than $100,000 in the U.S. – which is expensive, especially when stacked up to other RV-ed out vans like the Mercedes Sprinter and Ford Transit, which regularly go for six figures. Thankfully, lower trims with fewer features make it a more affordable option when compared to the competition; a base model would set you back less than $45,000. I’d argue that $45K is a pretty reasonable price to pay for a van that seconds as a small RV. 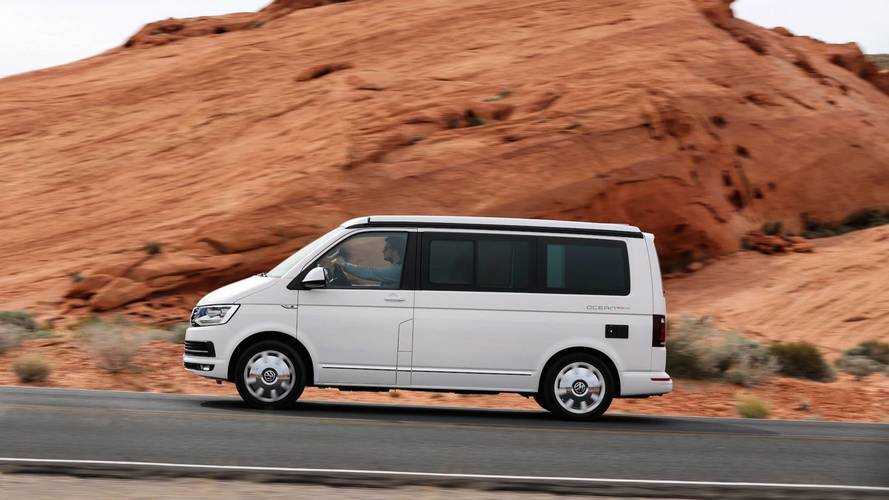 Unfortunately, VW assured us throughout the trip that it has no plans to bring the T6 Stateside, no matter how much we beg. We can at least look forward to the I.D. Buzz in 2022, which will be the all-electric reincarnation of the original VW Bus that started this whole love affair in the first place. Here’s hoping it’s half as charming and adventurous as the California was.