The seventh-generation Legacy is the best yet.

Subaru is a brand best known for off-road-ready crossovers and tasty performance sedans. But buried in this popular lineup is a humble four-door sedan, the Legacy, that struggles to garner the same level of attention, all while given the thankless task of slugging it out with the likes of the Honda Accord and Toyota Camry. But the 2020 Subaru Legacy, straight off a healthy redesign, is poised to make a bigger impact.

Looking to enhance the Legacy’s appeal, Subaru made some smart improvements to the car while keeping its stand-out feature, standard all-wheel drive system. With a new technology suite, thoughtful cabin layout, and new turbocharged engine option, the 2020 Legacy is the most compelling version of the car to date. 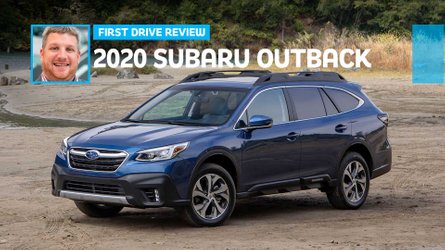 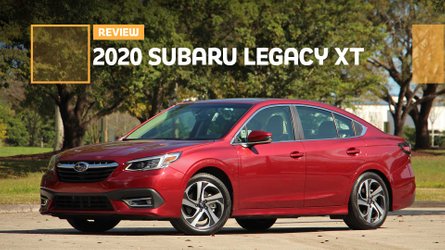 Keep It In The Family

In today’s automotive landscape, it’s become almost mandatory for automakers to develop shared platforms between vehicles. In this case, the Subaru Global Platform underpins the bulk of the brand’s lineup, including the 2020 Legacy, Outback, Ascent, and Forester. Sharing much of its componentry makes the Legacy an easier car to keep on the menu for Subaru, despite selling fewer units than its closest sibling, the Outback.

Beyond keeping production costs lower, moving the Legacy to the Subaru Global Platform makes it safer and quieter. Relative to the prior Legacy, the 2020 model uses 13 percent more high-strength steel in its lighter and stiffer frame. Although its structure is impressive, the Legacy’s new look is not nearly as noteworthy.

Compared to the previous generation, the 2020 Legacy evolves the design with a very subtle nip and tuck. The headlights and taillights are more sculpted, with slight tweaks to the grille and lower character line as well. While not a revolution in any sense, the design is indeed different than the previous model but lacks some of the flare found in some of the other segment rivals.

While the Legacy’s subtle exterior leaves a little to be desired, its interior is a much better place to focus your attention. Large sections of soft-touch material cover the dash and door panels, while small pieces of painted trim fill in the gaps. Hard plastics are few and far between, and every important touchpoint is lined with something nice. If I have a gripe, it’s that the cloth covering the inner portion of the seats and door panels looks like it was cut from a wetsuit. But hey, it’s a Subaru.

Space is abundant for all passengers, with the front row getting 39.4 inches of headroom and the back getting 37.2 inches. These figures fall right in line with class competitors, though the Legacy’s non-sloping roofline really makes the back seat seem more spacious. The Legacy offers impressive legroom, too with 42.8 inches up front and 39.5 inches in the rear. At a towering five feet, eight inches tall, I’m not regularly cramped in midsize sedans all that often, and the Legacy is certainly no exception. That said, the Subie sedan offers plenty of room for those who are more vertically gifted, even in the back row.

The Legacy's 11.6-inch display has been in development longer than the 2020 Legacy itself.

Front and center on the dash is the commanding 11.6-inch vertical touchscreen infotainment system (standard on all but the base model). During the car’s launch, a Subaru product planner mentioned that the infotainment unit has been in development for six years, one year longer than the 2020 Legacy itself.

The lengthy development time paid off, as the large display has a shallow learning curve and is easy to interact with. During the short testing period, the screen reacts quickly to inputs and is virtually lag-free. The vertical screen, which follows the trend found in Teslas, Rams, Volvos, and others, is so large that Apple Carplay and Android Auto (both of which come standard) only use about half of the available real estate. This leaves the bottom half for other relevant information, like media and vehicle settings.

The Legacy’s other party piece is the brand’s EyeSight safety suite. Subaru also expects the Legacy to receive a Top Safety Pick + designation from the Insurance Institute for Highway Safety when it’s crash-tested later this year. Autonomous emergency braking, adaptive cruise control, and lane-keep assist come standard on every Legacy, while blind-spot monitoring, rear cross-traffic alert, push-button start with proximity key, and LED fog lights are available as part of a $1,000 package. Offering so much safety tech as standard equipment and keeping the rest accessible shows that Subaru knows its audience.

Replacing the six-cylinder as the Legacy’s optional engine is a 2.4-liter turbocharged four-cylinder, which puts out a healthy 260 horsepower and 277 pound-feet of torque. Standard fare in the Legacy is a naturally-aspirated 2.5-liter four-cylinder packing a less enticing 182 hp and 176 lb-ft of torque. Both engines pair to a continuously variable transmission (CVT), which sends power to each corner via the standard all-wheel drive system. The turbo unit, though, gets a modified high-torque CVT to handle the added twist.

Cruising through the wonderfully twisty roads of Ojai, California, just north of Los Angeles, I get plenty of time to experience both engines while pushing the Legacy through long sweeping turns and miles of tighter canyon backroads.

The Legacy's suspension setup is unmistakably soft and forgiving.

My first epiphany from behind the wheel of a base engine-equipped car is the Legacy’s refreshingly well-damped suspension. The tuning is unmistakably soft and forgiving, and it’s a setup that I prefer over the Accord’s and Camry’s firmer ride. Additionally, the biggest wheel option Subaru offers measures in at 18 inches. These trade an aggressive design for exceptional ride quality. Similarly mild is the Legacy’s steering, which lacks responsiveness, but is light and easy to control around the bends.

Switching to the higher-spec turbocharged Limited XT model brings an unexpected grin to my face – the extra power and torque make the XT significantly quicker than the non-turbo models. That said, the rest of the car’s components – including the tweaked high-torque CVT – just don’t match the engine’s more progressive profile. The suspension, steering rack, wheels, and tires are the same regardless of engine choice, and the setup better complements the docile 2.5-liter engine. Unless horsepower is at the very top of your wishlist, save the $4,450 and opt for the standard powertrain.

A family member once told me to always order the second cheapest bottle of wine on the menu to get the best value. Funny enough, the same logic applies to the Legacy. The base car starts at $22,745, but it’s the only trim that uses a smaller 7.0-inch infotainment screen. One bump up to the $24,995 Legacy Premium brings the larger 11.6-inch system, dual-zone climate control, heated front seats, leather-wrapped steering wheel, and a 10-way power driver’s seat. The Legacy is most attractive at this price.

Those who want extra power can opt for the $34,195 Limited XT trim, which includes the turbocharged engine, 18-inch wheels, push-button start, blind-spot monitoring, rear cross-traffic alert, an in-dash navigation system, a heated steering wheel, and a driver awareness monitoring system (which analyzes the driver and alerts if fatigue is detected). The top-tier $35,895 Touring XT trim takes everything from the Limited and adds a front-view camera and Nappa leather to the interior.

Subaru’s tenuous updates to the Legacy’s exterior design and substantial improvements to its cabin and available technology, in addition to its standard all-wheel drive are enough to make it a worthy option in the class. While competitors such as the Toyota Camry and Honda Accord remain fantastic options in their own right, the new Legacy’s subtle charm might be enough to steal you away.