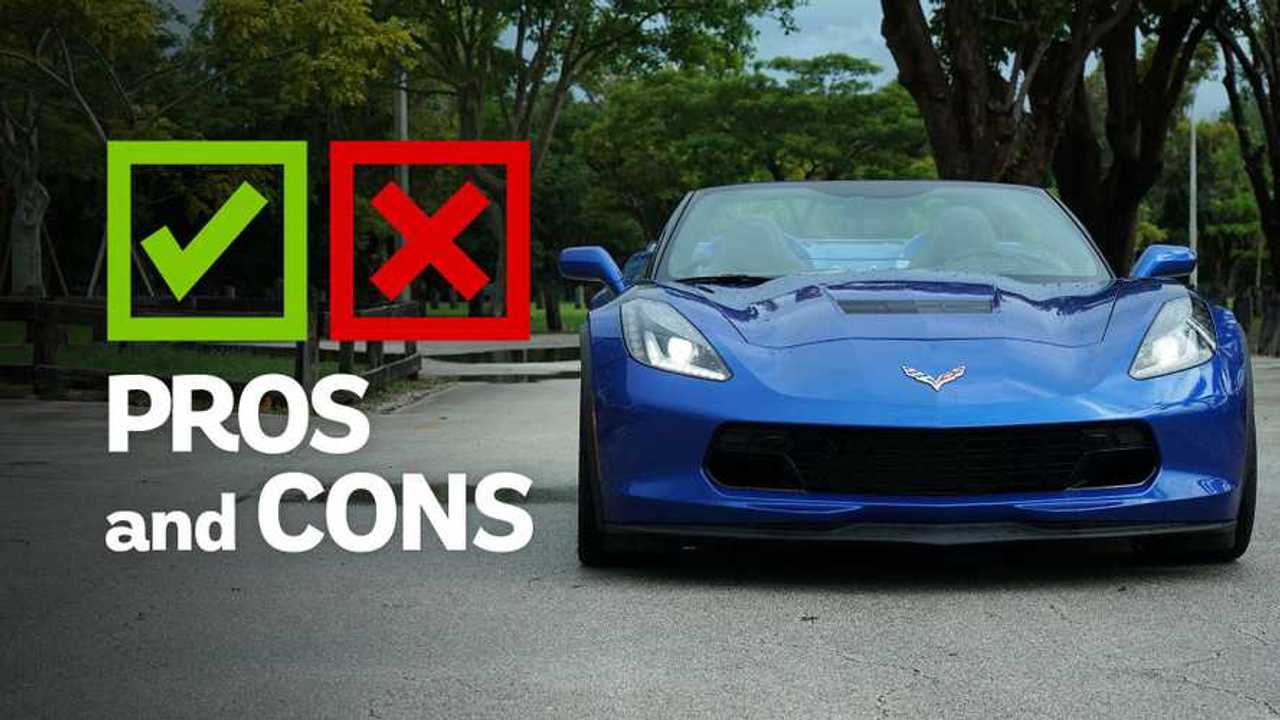 As you’re well aware, the seventh-generation Chevrolet Corvette is nearing the end of its run. The new mid-engined C8 Corvette is taking its place, and since last month’s debut, has dominated the automotive news cycle to the point that it’s easy to forget the current front-engined car is still on sale.

But the C7, especially the Grand Sport Convertible tested here, is still worthy of your attention. With its striking (and functional) Z06-derived components and more street-appropriate power output, the Grand Sport is the sweetheart of the Corvette range. And although the C7 Corvette is in its final year of production, it’s still one of the best performance bargains of the moment.

The Grand Sport’s biggest mark in the W column is its use of Z06 parts, which add to the car’s looks and performance. The Grand Sport adds a carbon fiber hood, side rocker extensions, rear spoiler, and front splitter to the standard Corvette body. Though the Grand Sport's front splitter scrapes far more than you'd like it to, it’s a worthy consolation considering how great the added body kit pieces make the car look.

Although the more powerful Corvette Z06 and ZR1 steal the majority of enthusiast attention due to their forced-induction V8 engines, the naturally aspirated 6.2-liter LT1 V8 motivating the Grand Sport deserves more of the glory. With 460 horsepower and 465 pound-feet of torque, the V8 produces more than enough grunt to get the ‘Vette up and moving. But crucially, the power output never feels so violent or sudden that the car feels difficult, with credit due to the wider tires and the exemplary chassis. After a week of testing, we’re confident the Grand Sport offers the best combination of accelerative ability and accessible power. The Z06 and ZR1 are certainly quicker, but good luck taming those models, and their 600-plus horsepower outputs. And if that Grand Sport’s accessible power band isn’t convincing enough, the V8’s colossal roar from the quad exhaust should be.

Despite the Z06 bits, the Grand Sport keeps comfort high on the priority list, while still offering more performance. In Touring mode, the magnetic dampers keep the car stiff but composed over Miami’s often-imperfect roads. It’s forgiving enough for long driving stints, too. Switch things over to Sport mode to firm up the dampers and the Corvette shows its teeth. It’s sharper, dartier, and far more willing, even though it doesn’t become overly aggressive.

Your friends at Motor1.com recommend the seven-speed manual transmission as the best pairing with the Grand Sport’s V8. After a week with the eight-speed automatic in a variety of conditions, including aggressive driving, traffic-filled commuting, and even a low-grade tropical storm, the gearbox put in a lackluster performance. At higher RPMs the auto box shifts with reasonable quickness, but at lower speeds, it’s slow and cumbersome. Especially with the Ford/GM-developed and much better 10-speed in the family, the Corvette’s automatic offering is ready for retirement. Save the $1,995 and go for the manual (while you still can).

This test car rings in at $84,030, or $14,000 more than the base price of a Grand Sport Convertible. That’s Porsche Boxster GTS or Audi TT RS money, and both of those cars feel far nicer on the inside. Even with the Grand Sport’s 3LT option package, which brings extras like heated and ventilated Nappa leather seats and suede trim pieces, the Corvette’s innards still feel cheap. Flimsy plastic covers the section surrounding the infotainment screen, while the steering-wheel-mounted paddle shifters feel plucked directly from an economy car.

We said it at the top, and we’ll say it again: the mid-engined C8 Corvette will be on the road in a matter of months, which will immediately make the C7 old. In this case, the new car changing so drastically only speeds up the aging process. A Grand Sport remains a solid performance bargain, but prepare to fight off buyer’s remorse the first time you see a C8 parked at Cars and Coffee