A car that can make the mighty Z06 look mortal.

I feel bad for a man named Jay.

Jay is a man in a Z06. More specifically, he’s a professional race car driver driving a Corvette Z06 around Road Atlanta, tasked with leading journalists around the circuit. The journalists are piloting another type of Corvette, the fresh-off-the-factory ZR1. 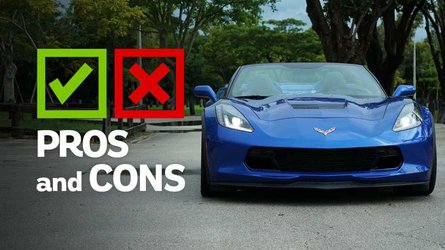 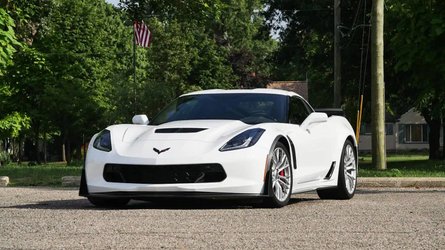 I’ve never before felt anything but jealousy for a Z06 driver. It is a fast and wily machine, even among fast machines. With 650 horsepower and 650 pound-feet of torque, this Corvette is 2.95-seconds-to-60-mile-per-hour kind of fast.

And yet here I am in the ZR1, chomping hungrily at the Z06’s quad tail pipes. 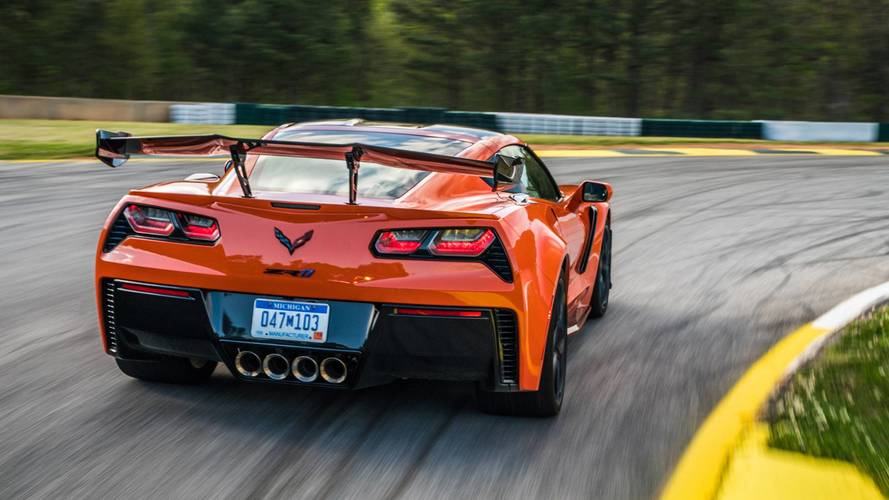 Jay gets away from me in a series of flowing curves… at first. But I dip into the accelerator and in a double heartbeat I’m right back on his bumper. I soon learn the track a bit better, and allow the world’s stickiest tires and my car’s downforce to carry mad momentum through the corners. At that point I’m on him all the time, unshakeable.

Not to put too fine a point on it, but Jay – a very nice man from the Carolinas who has surely spent decades perfecting his craft – is toast. He and his Z06 are thoroughly outmatched by the new King Corvette, the ZR1.

The ZR1 comes pretty late to the Corvette’s seventh-generation party. It’s hard to know if customers were clamoring for it or if Chevy engineers simply got antsy. According to executives, though, demand is high enough now that there’s a fair bit of cut-throat maneuvering by would-be customers at the dealership level. “Do you know who I am?” kind of stuff.

It’s easy to see why. Even the car’s exterior exudes more attitude, with an entirely new front end, wheels, and a carbon-fiber “halo hood” that features a very large hole for the supercharger to poke through.

At the 212 mph top speed, the car could achieve as much as 950 pounds of downforce. The aero changes needed to achieve this feat are both self evident and considerable. There’s the rather provocative carbon-fiber front splitter, and an “underwing,” that add downforce on the nose.

And then there is the rear wing. You can opt for the tall “street” wing or the “track” wing, which is as high as Denver itself – in both senses. This car is basically reefer madness. 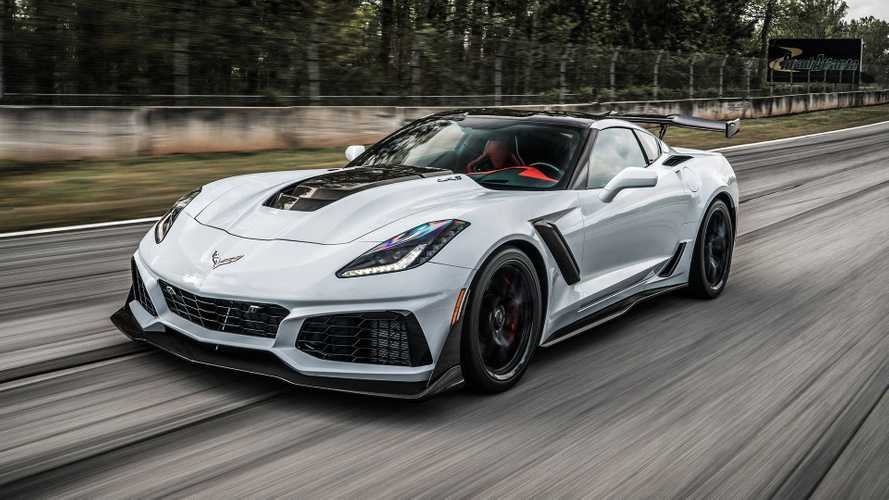 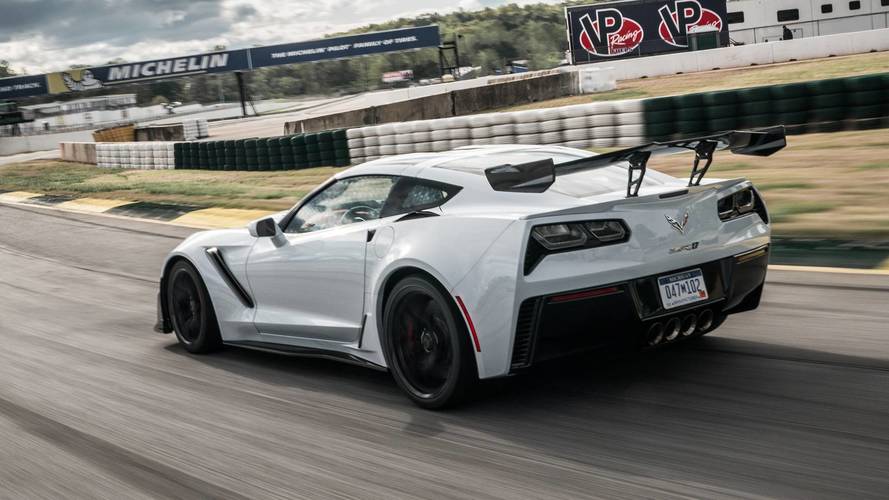 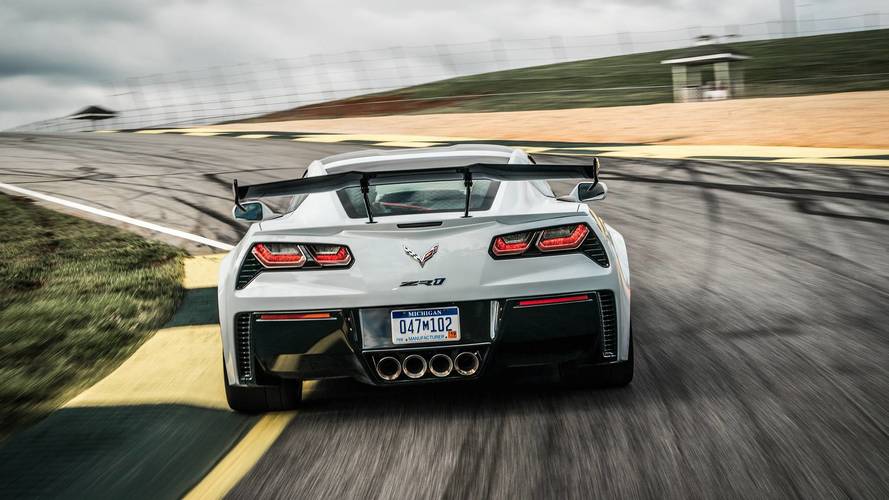 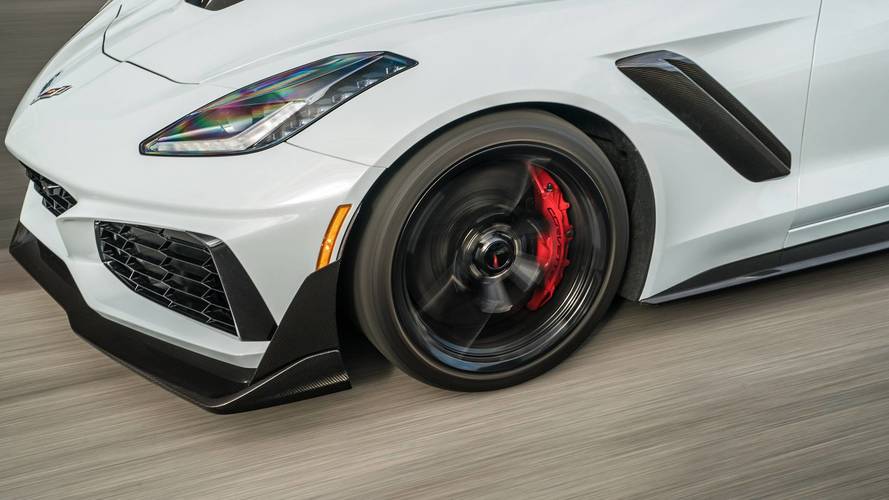 It is not a smooth experience. Rather it’s a violent, shuddering, and intestine-roiling thing. In other words, lovely.

Chevy’s small-block LT4 engine wasn’t quite enough for the ZR1. The 6.2-liter V8 gained a much larger supercharger, with the highest horsepower and torque ever massaged from a production small block. The result is 755 hp and 715 lb-ft of torque in a car that only weighs some 40 pounds more than the Z06, coming in at 3,560 pounds. If the claimed 2.85-second burst to 60 mph seems unlikely, I invite you to stomp on the gas from a dead stop and experience the intense shift in the resultant physics. It is not a smooth experience. Rather it’s a violent, shuddering, and intestine-roiling thing. In other words, lovely.

Still, do we need this generation of ZR1? The fact that it’s offered as a convertible with the high-winged, $2,995 ZTK performance package might give you pause. The individual who purchases this version of the car, complete with its Michelin Cup 2 summer tires, is the kind of guy whose neighbors will rue his existence every morning when he starts up the car. That guy’s license will be imperiled every moment he is behind the wheel. Perhaps we should all be so lucky, if not as short-sighted.

There’s another kind of buyer who knows just how the Brembo carbon ceramic brakes should be exercised. That smart owner knows that this car belongs on the track.

But… let’s back up for a moment. Let’s say we did take a ZR1 coupe, with the crazy wing and tricky tires, out into the real world. And we did, onto Georgia’s rural roads, before our time on the track.

Here are a few things I learned.

First, the wing is mounted to the frame and bumper rather than the trunk. It increases overall stability that way. But it means you’ll have to hoist any luggage or gear over the wing to get it into the rear hatch; a tricky proposition. People will watch, and they will laugh.

Second, the word “idle” is a misnomer.  When you first crank the LT5, it is bellicose. A grizzly who’s been smoking cigarillos and rotgut bourbon all its life, and is now calling for another round – right now. Those people who laughed when you put stuff into the trunk will promptly shut the hell up. 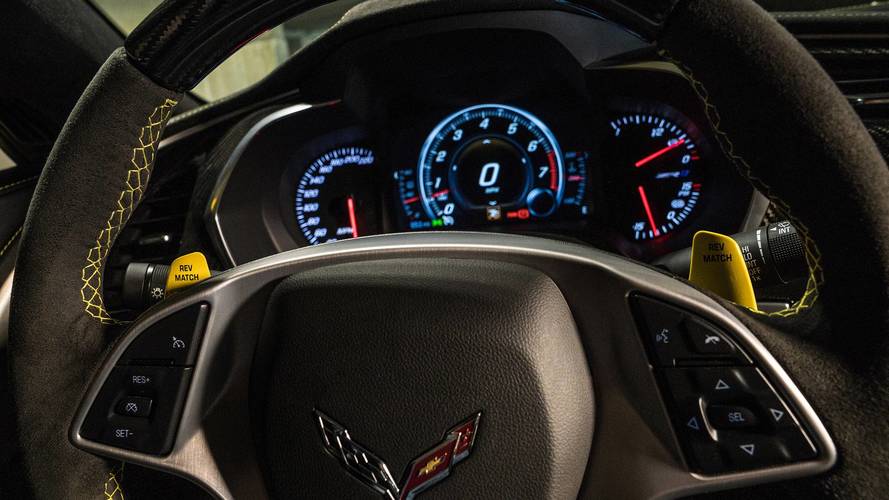 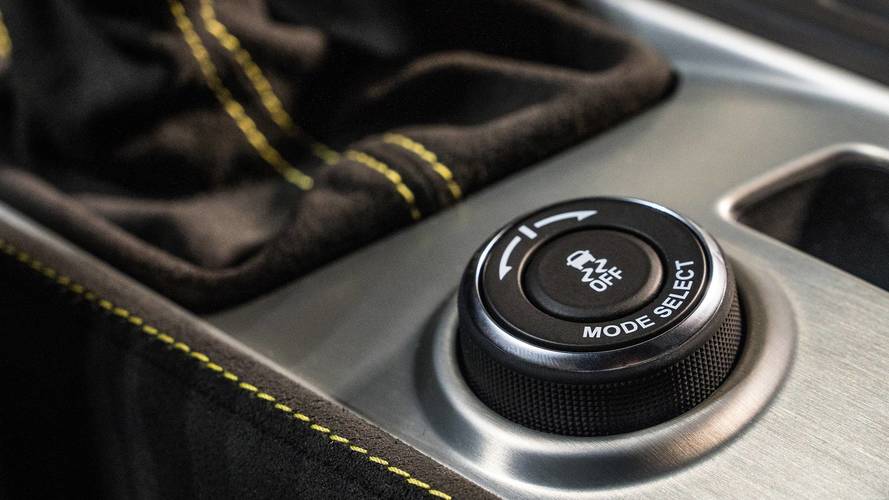 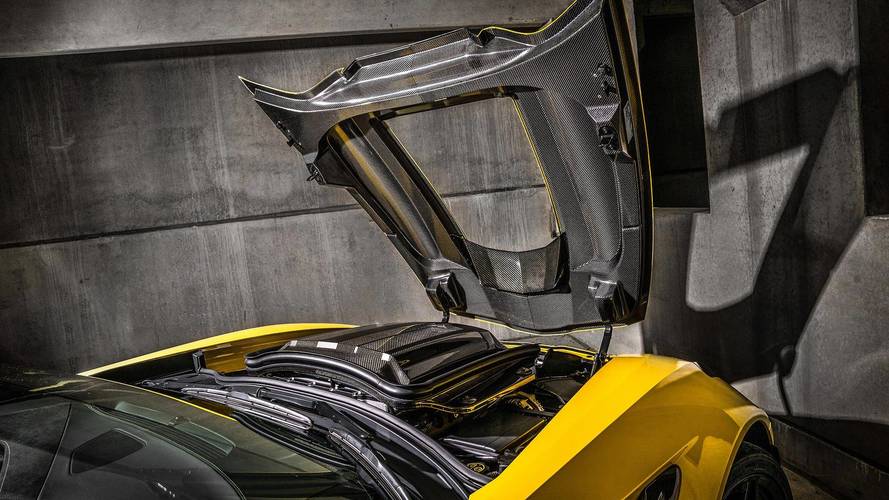 When you punch it, the numbers on the head-up display scramble and you’re in extra-legal territory in a remarkably short time.

Third, if the car is in “touring” mode, it quiets right down, like the grizzly got dosed with tranquilizers. Under a light load, it’s quieter than a regular Stingray.

Third, part B: Put your foot into it and the ZR1 becomes the loudest production Corvette ever loosed, the sounds equivalent to straight pipes. The Chevy boys have come up with a very trick exhaust system and the upshot is this duality. Driven in anger, it would never pass the noise requirements of Laguna Seca.

The fourth and fifth points follow one another. The ZR1 is as easy to shuttle around town as any other Corvette, once you get the tires warmed up. Even the stick is a cinch. “You could teach your kid to drive a manual in this car,” says Tadge Juechter, the Corvette’s executive chief engineer. “In traffic this car is a piece of cake. It’s more accessible than you’d have thought possible. We drove them around all winter in Michigan on snow tires.”

Juechter is not wrong. The ease is almost disappointing. Where’s the grizzly? Bringing us to that fifth lesson. When a patch of traffic opens up and you punch it, the numbers on the head-up display scramble and you’re in extra-legal territory in a remarkably short time. Chevy quotes a 0-100-mph time of 6.0 seconds and we think that feels pretty conservative. In short, it takes a regular road and beats the living hell out of it. 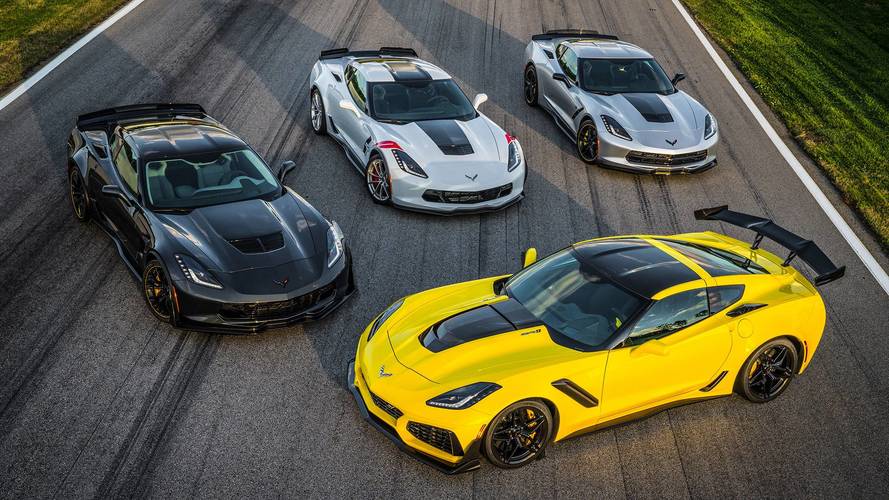 To simply call it a track-day special seems dismissive. It’s got more soul than that.

But, again, if you’re looking for back-road sport on Sundays, why not opt for a regular Stingray? You can still terrorize the poor residents of Georgia picking up their papers in the morning. And you won’t pay the startling price of $120,000 to do it.

Which brings us back to Road Atlanta. Corvette has had decades of race car learning behind it, and more than a few wins at Le Mans. Viewed in a certain light, the ZR1 was literally bred for the track. It should be this good out here.

But to simply call it a track-day special seems dismissive. It’s got more soul than that. In truth, the ZR1’s competitive set is curious. Most often Corvettes compete with themselves, their owners reaching for the top model that they can afford. To their detriment, Porsche guys are similar. They rarely consider cross shopping with a lowly Chevy, opting instead for the best 911 that they can afford. A really industrious customer with a $150,000 budget might consider both the ZR1 and the new Aston Martin Vantage. The ZR1 tops out around $140,000 with the 3ZR and ZTK packages and eight-speed automatic added. (In every circumstance we would instead choose the rev-matching, 7-speed manual.) The Aston starts right at $150,000.

On track, though, zooming under that famous bridge and arcing into the downhill turn that brings you hurtling down a straightaway, all that intellectual analysis is lost to the din, vibrations, and speed. The car just flows, an unerring mix of precision and power, like hitching a ride on a guided missile.