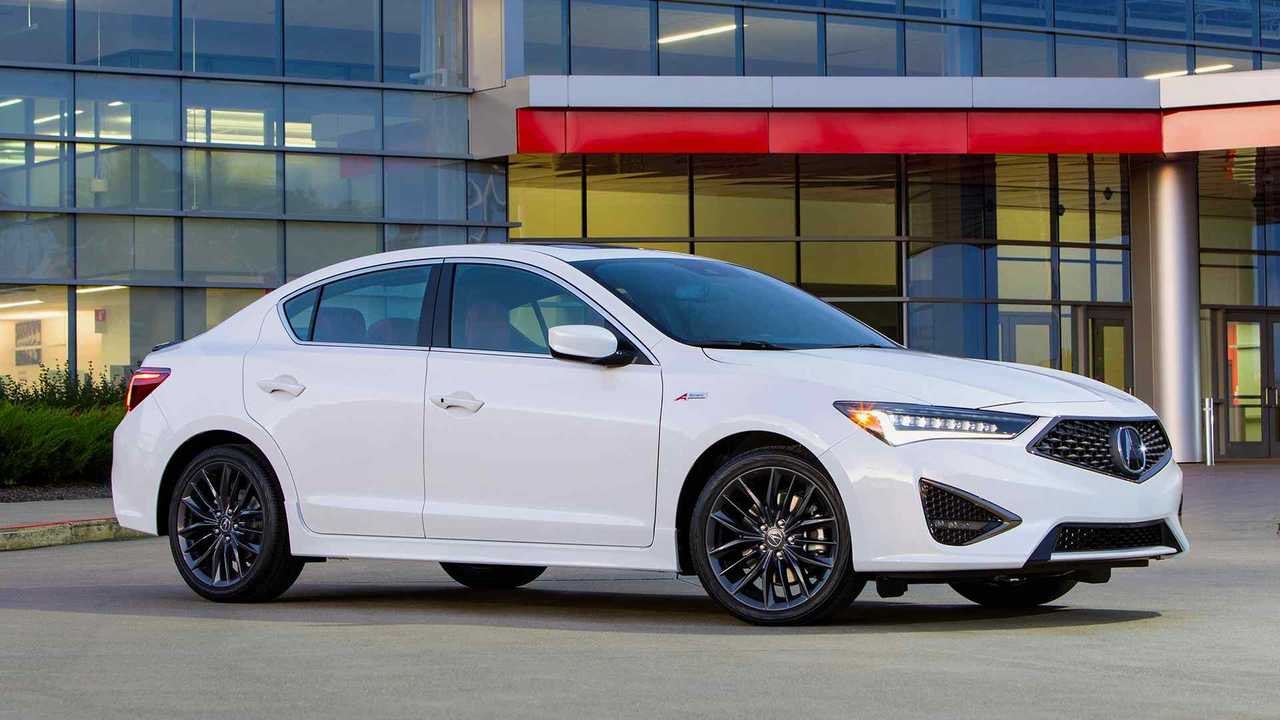 Acura’s updated compact still has a long way to go, though.

Watchers of the auto industry have grown used to cars increasing in price at a regular rate. New cars cost more than their predecessors did. They just do. So when an automaker marches out and says it's slashing the price on a five-year-old car, it raises some eyebrows.

The 2019 Acura ILX has raised its share of eyebrows. The refreshed version of Acura's smallest sedan wears new skin and is now even more affordable, borrowing the $25,900 starting figure of the original 2013 ILX, while adding all the modern conveniences customers crave as standard. But is that enough to lure crossover-crazed customers into a new, more attractive compact sedan?

While the ILX doesn't do enough to overcome the temptation of its high-riding rivals – a problem every compact sedan faces – it's a good buy for the clever few that recognize that CUVs aren't all they're cracked up to be. For these enlightened customers, the 2019 Acura ILX is an affordable counter to cars like the Audi A3 and the new Mercedes-Benz A-Class.

And that's largely because of what the ILX brings to the table. Even in its base $25,900 trim, the ILX comes standard with an advanced suite of active safety systems. AcuraWatch is, for all intents and purposes, a rebrand of Honda Sensing and packs much of the same gear: adaptive cruise control, forward collision warning with automatic emergency braking, lane-departure warning, lane-keeping assist, and road departure mitigation. Put simply, there's not a single vehicle in the ILX's class that offers anything close to that level of standard safety gear.

What else is standard? LED headlights, dual-zone climate control, heated front seats, and push-button start. And that's merely the base model. The ILX stands out at the top of the range too, since there's only a mere $5,650 separating the range-topping ILX A-Spec with Technology Package (the car we drove) from the base model. A loaded example of Acura's most affordable car costs $400 less than a base, front-drive Audi A3.

Don't go thinking that low price means second-rate mechanicals, either. While the ILX has a naturally aspirated 2.4-liter four-cylinder rather than the trendier turbocharged 2.0-liter engines of its most natural competitors, it's a potent engine. Dig into the throttle and there's 201 horsepower and 180 pound-feet of torque, the latter of which is available at an accessible 3,600 rpm.

Torque delivery isn't as turbo-like as, well, the turbocharged engines of its competitors. Still, the 2.4-liter is willing to rev and getting to the meaty part of the torque curve is but a brief journey. And unlike turbocharged engines, the 2.4-liter VTEC can keep the power flowing at higher engine speeds. But it's not terribly pleasant otherwise. This is simply a case of there being too much of a good thing. The engine offers that smooth, traditional Honda noise , but the volume is a notch or two above where it should be – even for a sport-focused trim like the A-Spec. Despite this, the ILX offers an otherwise quiet driving experience.

Like the engine, the eight-speed dual-clutch automatic transmission is a carryover item from the 2018 ILX. It's not new, but the DCT is still very good, especially when working the steering-wheel-mounted paddle shifters. Drive hard and upshifts are quick, while the transmission even responds well to multiple downshifts. But this transmission feels good when simply meandering through the countryside, as well. It's predictable and knows when to get out of the way. That said, the majority of our drive route was through rolling Ohio farmland – we’re eager to sample the 2019 ILX and its DCT in a more urban setting, where things such as stop-and-go traffic tend to trip up dual-clutch transmissions.

Our rural drive route also didn't give us a great opportunity to check out the ILX's ride. It’s fine on smaller bumps and imperfections, with a stable disposition on the freeway, but we'll need more time to make concrete statements since our test route was on the shorter side. That said, based on our brief impression, the ILX feels better than the new Mercedes-Benz A-Class on undulating roads, where its more planted character inspires additional confidence. And when pushed, the ILX is good fun, too. It feels light, thanks in part to the quick, direct steering rack. There's an acceptable amount of body roll, too, although feedback through both the rack and the chassis is too limited.

It's also challenging to get into a good driving position. The ILX's seating position is high, and while we weren't brushing the headliner, forward visibility was disappointing, even compared to a mainstream alternative like the Volkswagen Golf Sportwagen we drove to the Columbus event. The ILX's driver's seat is comfortable enough, but it simply needs a broader range of adjustability.

The ILX will disappoint fans of the Acura RDX's excellent new infotainment system. Acura's entry-level car gets the same updated dual-screen setup as the larger TLX. But unlike that car, the touchscreen display in the smaller car is slower to respond and more cumbersome to use. And it's not nearly as pretty, despite updated graphics.

It's not new, but the DCT is still very good.

The 2019 ILX does get standard Apple CarPlay and Android Auto integration, but it's displayed on the top screen and forces users to work with the oversized, vertically oriented dial on the center stack. These systems are at their best when paired to a touchscreen, and it's disappointing that Acura couldn’t shift things down to the lower display.

But the biggest knock against the ILX comes from within the broader Honda family. A well-equipped Civic boasts a similar level of material quality, equal interior comfort, a smarter, more intuitive infotainment system, and an equally likable powertrain that's more fuel efficient – the Civic returns 30 miles per gallon city, 38 highway, and 33 combined with its 1.5-liter, turbocharged four-cylinder and continuously variable transmission to the ILX's 24 city, 34 highway, and 28 combined. And to boot, a loaded Civic starts at $27,300, or $2,250 less than a non-A-Spec ILX with the Technology Package.

This is not a new argument. The ILX has long been pegged as little more than a Civic in a fancy outfit since its debut, and for many that will remain the case. So why buy the 2019 ILX instead of a Civic?

The problem with the ILX wasn't that it shared a lot of its mechanicals with the Honda, but that it was visually boring. It had no flair or excitement, no good angle. An ILX driver had no reason to look over their shoulder after parking it. It was wallpaper paste on four wheels. Compare that to the slinky Mercedes-Benz CLA-Class, a vehicle that debuted less than a year after the ILX – it was and still is a very pretty, exciting product. Now, the ILX is, too.

The addition of the big, black grille design means the last vestiges of the brand’s much-hated “Shield Nose” are dead. The ILX wears this polarizing design better than the other vehicles in the Acura family – the proportions work here, with the attractive “JewelEye LED” headlights flanking the expansive grille.

The Mercedes-Benz CLA-Class was and still is a very pretty, exciting product. Now, the ILX is, too.

In back, Acura made a small change with a big impact in moving the license plate from the trunk lid to the bumper. This visually heightens the car's tail, but it also declutters the rear-end and lets the attractive taillights draw the eye, rather than the visual mass of the license plate and its enclosure. The good looks are especially evident on the ILX A-Spec, which gets a number of sporty exterior touches (dark accents and 18-inch wheels being notable), as well as the option of a red-and-black leather interior.

The ILX not only does a better job of distinguishing itself from the mainstream Civic, it stands out now among premium rivals. It feels like something a young luxury shopper with no brand loyalty might actually consider, which is more than we can say for any past ILX. While it still has a number of areas to improve on, the 2019 ILX's new, more exciting style, standard active safety gear, and reasonable starting price should allow it to step out of the shadows for the first time. If you're one of the few customers considering a premium compact sedan instead of a crossover for the very first time, then Acura deserves a look.