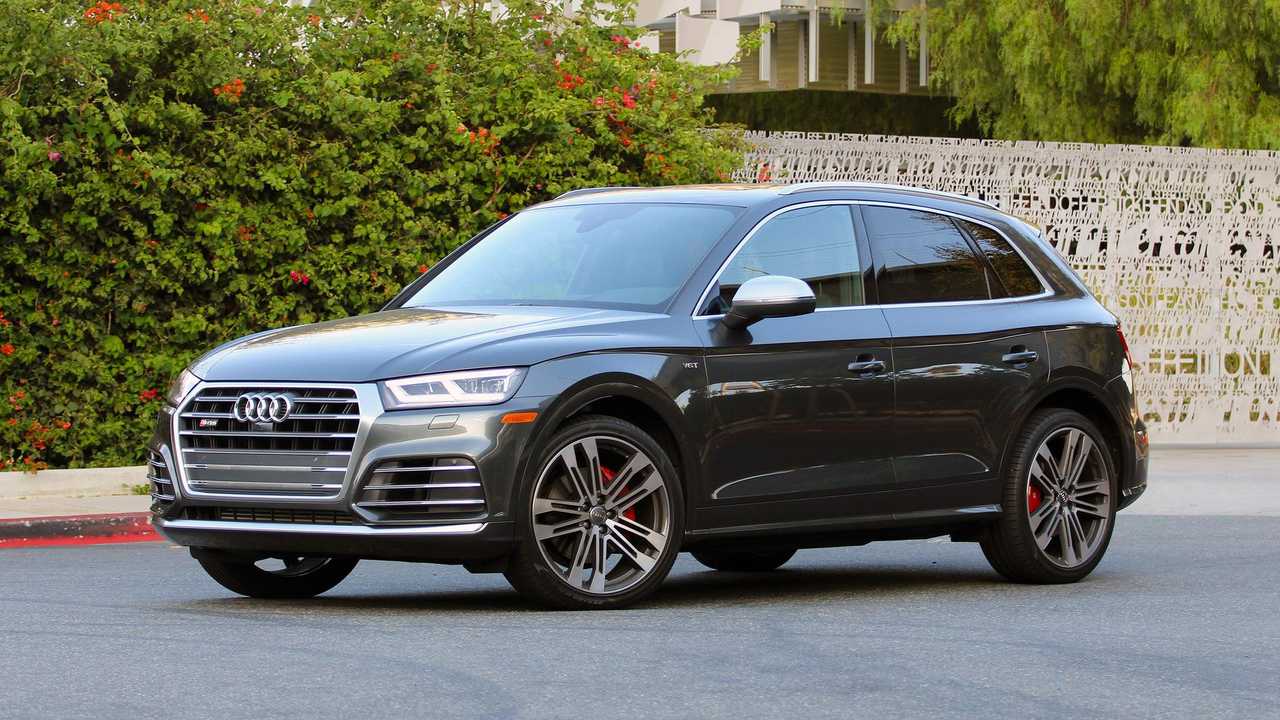 Audi’s SQ5 is a real honey, but so is the normal Q5, and therein lies the problem.

“The single biggest argument against the SQ5 in this space, to my mind, is that the basic Q5 is just so dang good already.” I can’t stop thinking about that line from Seyth Miersma’s First Drive of the SQ5 earlier this year. Driving through Los Angeles in my Daytona Gray SQ5, there’s nothing to complain about – it’s powerful, rides well, has a super comfy interior, and has plenty of room for my friends and some new furniture for my apartment. But all of those same qualities are true of the normal Q5, a luxury crossover I really, really like. So if I’m not frequently blasting along back roads or digging deep into the wealth of power from this turbocharged engine, is there a strong enough incentive to go S?

Turbo lover. Like the S4 and S5 with which it shares a platform, the SQ5 uses Audi’s new turbocharged 3.0-liter V6, with 354 horsepower. That’s the same output as the supercharged V6 that’s been put out to pasture, but the turbo motor adds torque – 369 pound-feet, compared to 347. That’s enough to move the 4,400-pound crossover to 60 miles per hour in just over five seconds, though you have to dig deep into the throttle to eke out the available thrust. Paired with an eight-speed automatic transmission, the turbo engine is a peach – could use a bit more initial bite (more on that later), but smooth in its delivery.

Riding on air. The SQ5 comes with the air suspension that isn’t available on the U.S.-spec base Q5. The main benefit here is that it offers a cosseting ride, even with the comically large 21-inch wheels of this test car. Whether in the Comfort, Auto, or Sport settings of the Audi Drive Select, the SQ5 is smooth and solid, with progressive and predictable body motions. It’s a lovely cruiser, but still offers plenty of composure during brisk cornering.

Handsome devil. The visual changes between Q5 and SQ5 are minor, but wow, is this a looker. Maybe it’s those huge wheels, but this CUV really has some presence, and aside from red brake calipers and small badges, there aren’t any big telltale signs that this is the sportier of Audi’s crossover models. It’s a cohesive, nicely sculpted package, and the sporty stuff doesn’t look tacked on – it’s like Audi designed this thing to be an SQ5 from the start, and just toned it down for normal Q5 duty.

Great cabin. “Ooh, nice seats!” That’s the first thing one of my passengers said when climbing in, greeted by the diamond stitching on the supportive leather chairs. The Q5’s cabin is sleek and modern, and the SQ5 only enhances those attributes, with nice materials and a contemporary design. Even this black-and-gray color scheme looks lovely – a similar treatment would probably look drab in a BMW X3, but not here in the SQ5.

Not special enough. My only real issue with this car is that it feels less like a proper SQ5 and more like “the Q5 with the big engine.” Where’s the sense of occasion? Where’s that added prowess? Sure, there’s a lot of power available here, but it lags on throttle tip-in – again, you have to dig deep to really get that grunt. That’s fine when you’re driving fast on good roads – like the ones Seyth drove up in British Columbia – but in daily situations, there’s no special feeling, no off-the-line punch or around-town stamina. Likewise, the exhaust is barely noticeable. I don’t want to have to beat on this thing to make its sportiness known.

So is it worth it? I’m not so sure. Don’t get me wrong, the SQ5 is a real honey of a car, a luxury crossover that does just about everything well. But the same can be said of the standard Q5, and unless you’re planning to really drive the bejesus out of this thing on a regular basis, you’ll likely be just as happy with a Q5 2.0T and an extra $15,000 in your bank account.