Hugely capable yet easy for the layman to drive, the NV3500 makes moving a cinch.

Most days of the year, I’m not too picky and will drive pretty much any type of vehicle. Whether it’s a tiny subcompact, a burly SUV, or anything in between, I can make it work. When it comes to moving day, however, that occasional time when I pack up and move apartments, only a cargo van will do the job.

Notice I said van and not pickup truck: the former can always fit so much more stuff lengthwise and heightwise in its rear than a truck can in its bed. You can stack boxes and desks up high, Tetris-style, and your belongings are protected from the elements. Moreover, the load floors of today’s cargo vans are far lower than the bed of a truck, meaning less straining when you ask your buddies to load up your bookshelf.

Nissan’s entry in the fullsize cargo van segment is the NV, offered in a variety of models: NV1500, NV2500, NV3500; normal and high-roof options; V6 and V8 power. Whichever way you slice it, any NV I’ve ever used has managed to be an incredibly useful and accommodating van, without posing too much of a learning curve for everyday drivers – like myself – to get behind the wheel.

It’s huge and functional. This high-roof model – it’s an impressive 8 feet, 10 inches tall on the outside, 6 feet, 2 inches inside the cargo area – can fit more than enough stuff to make moving apartments a one- or two-trip affair. (Hey, I don’t have much stuff.) Not only is it stupendously big, but the NV3500 has a low liftover height (just 28.5 inches) to save my poor back and weak arms. Plus, there are six D-ring tie-down hooks in the floor to keep precious cargo in place while on the move.

Strong powertrain. Although a 261-horsepower V6 is standard on the NV1500 and NV2500, I enjoyed the extra grunt of the 375-hp, 5.6-liter V8 engine in this 3500 model. With 387 pound-feet of torque routed through a seven-speed automatic transmission, there’s lots of pulling power to overcome the 6,350-pound curb weight. It’s not exactly a rocket, but I’m never afraid to mix it up with traffic, even with lots of cargo in the back. By the way, it’s the only van in its class with a V8, and it has the most horsepower – although the Ford Transit’s EcoBoost engine does have more torque, at 400 lb-ft.

(Relatively) easy maneuvering. The ease of steering the NV3500 around tight spaces belies its overall size. The highly assisted power steering helps reduce effort for those hand-over-hand operations – and you’ll be doing a lot of hand-over-hand, at a lazy 4.6 turns lock-to-lock. But the Nissan offers lots of steering angle to make pirouetting the big van around in its 45.2-foot turning circle as simple as possible. That slow steering ratio, by the way, contributes to a great feeling of stability at speed, reducing any driver nervousness at highway speeds.

My, what big mirrors you have. All the better for eliminating blind spots; this panel van doesn’t have any rear windows or even a rear-view mirror. The exterior mirrors are huge and extendable if you’re towing, while the lower convex-shaped spotter sections are brilliant for seeing what’s close by on either side. 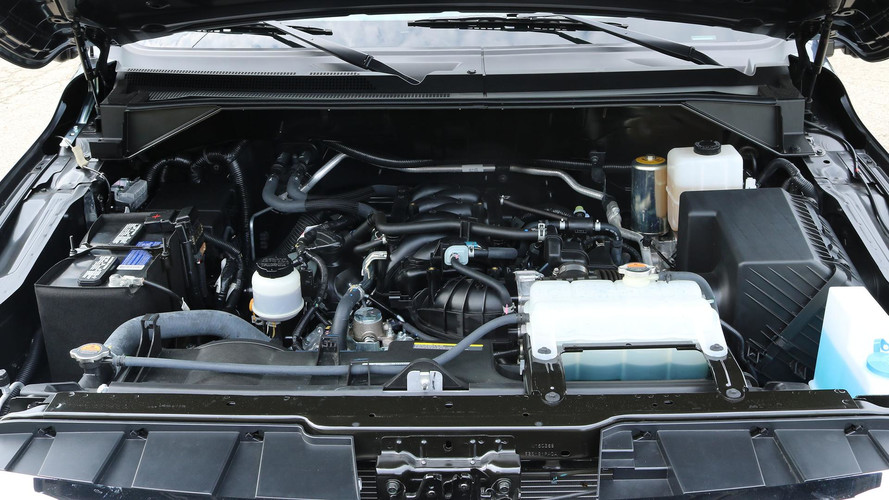 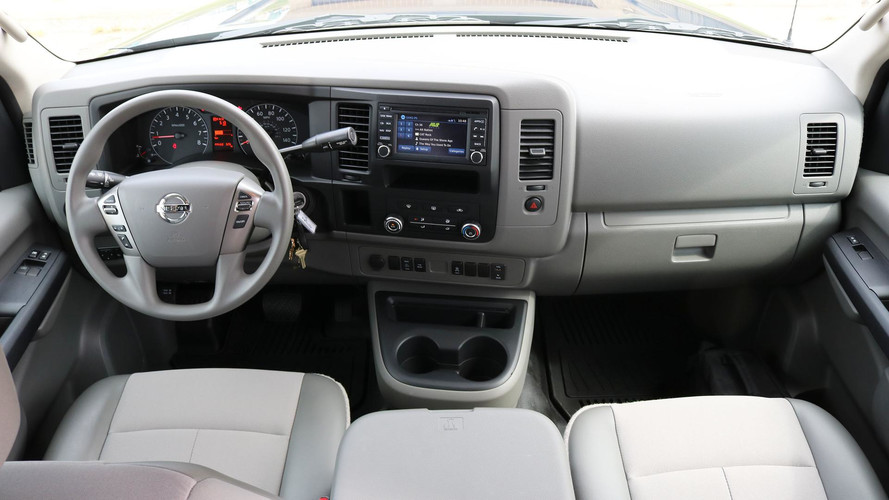 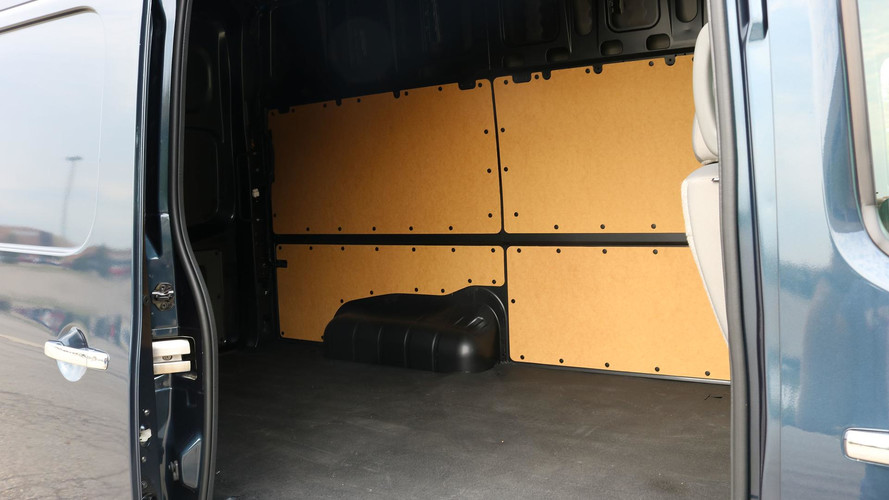 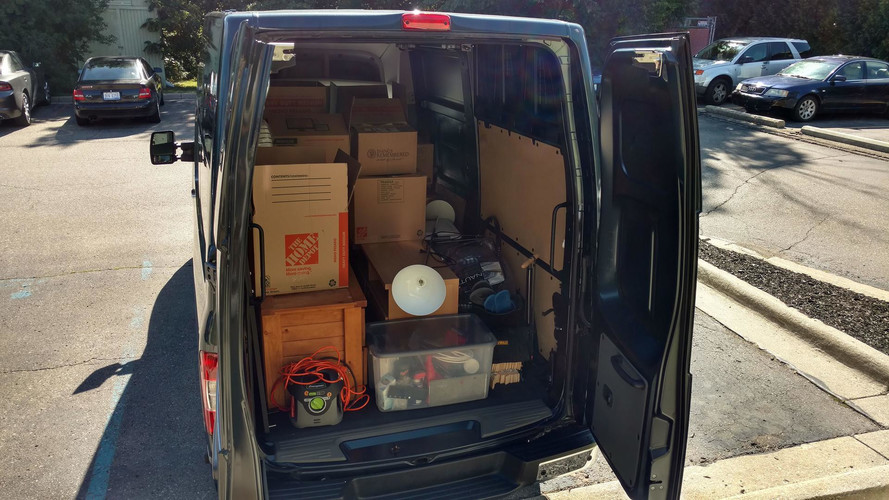 Not the technology leader. The NV doesn’t offer quite so many modern features as its competitors: rivals Ford Transit and Mercedes-Benz Sprinter, for instance, both offer lane-keep assist as an option; the Sprinter can even parallel-park itself. That said, the Nissan does have handy features like Bluetooth and touchscreen navigation.

Fuel economy? The EPA does not require fuel economy ratings for vehicles this large (i.e. with a Gross Vehicle Weight Rating above 8,500 pounds), but it’s safe to say a big, heavy, and capable van like this won’t be an eco-star. The Internet helps give us some context though; crowdsource fuel tracking site Fuelly tells me that the V8-powered NV3500 averages about 14 mpg, while EcoBoost Transit gets closer to 16 mpg, and the Mercedes Sprinter (with a 3.0-liter diesel) is around 17 mpg.