Style and tech updates help keep the A3 at the top of its class.

Audi quadrupled its sales of the A3 in 2015. The previous-generation hatchback sold 8,040 units in its best year (2006), but in 2015, Audi sold just under 36,000 versions of the A3 sedan. To say there’s a lot of success riding on the current A3 is indeed an understatement, and that’s why – as with the S3 – Audi didn’t make any drastic changes to its subcompact sedan’s formula for 2017. A new base engine, an exterior nip/tuck, and a host of new tech only serve to keep the Audi A3 successful for years to come.

What a handsome fella. I got a great many compliments on this 2017 A3 Prestige model, all dolled up with the company’s S-Line exterior treatment. The LED lights and directional rear turn signals look ultra-modern, and the sharp, 18-inch wheels give the small sedan a nice stance on the road (don’t even bother paying for the optional 19s). Even in this relatively anonymous shade of Ibis White, the A3 looks very sophisticated. Sporty, too – if you showed me a picture of this car and told me it was an S3, I’d probably believe you.

Quattro adds power. The base, front-wheel-drive A3 gets a new 2.0-liter, turbocharged, four-cylinder engine for 2017. Its output ratings of 186 horsepower and 221 pound-feet of torque are probably fine for this 3,300-ish-pound sedan – certainly better than the 170 hp and 200 lb-ft of the outgoing 1.8T, anyway. But if you choose Quattro all-wheel drive – an Audi staple – you’re treated to an even more powerful 2.0T engine, with 220 hp and 258 lb-ft. That’s the same output as a Volkswagen GTI with the performance package, and the descriptor “all-wheel-drive GTI” feels pretty appropriate for this A3. Light, direct steering; a well-balanced chassis; and all-wheel-drive grip – the A3 is a very nice car to drive.

A tech powerhouse. The biggest interior update for the A3 is the availability of Audi’s excellent Virtual Cockpit system, available as part of the $3,000 Technology Package on the Premium Plus trim and standard on the top-level Prestige, which also gets you the MMI Touch infotainment system with navigation. I’ve gushed about Virtual Cockpit before – everything is right in front of the driver, and the more I use it, the more I like having all vehicle controls right in the instrument display. In fact, getting to know Virtual Cockpit so well means I can stow the central screen in its little lair beneath the dash. Which only improves...

...The simple, modern cabin. One row of toggles for various car functions, and a small strip of controls for the HVAC system. That’s it. The A3’s dash layout is super easy to navigate, with a clean look. All of the MMI controls can be operated via steering wheel controls in the Virtual Cockpit system, though there are, of course, redundant controls on the center console just aft of the gear shifter, should you choose to use the center screen. But overall, the aluminum inlays, nicely grained black plastics, and brown leather of this test car look and feel more premium than what I initially expected from the A3. Certainly better than a Mercedes CLA250, or Acura ILX, anyway. 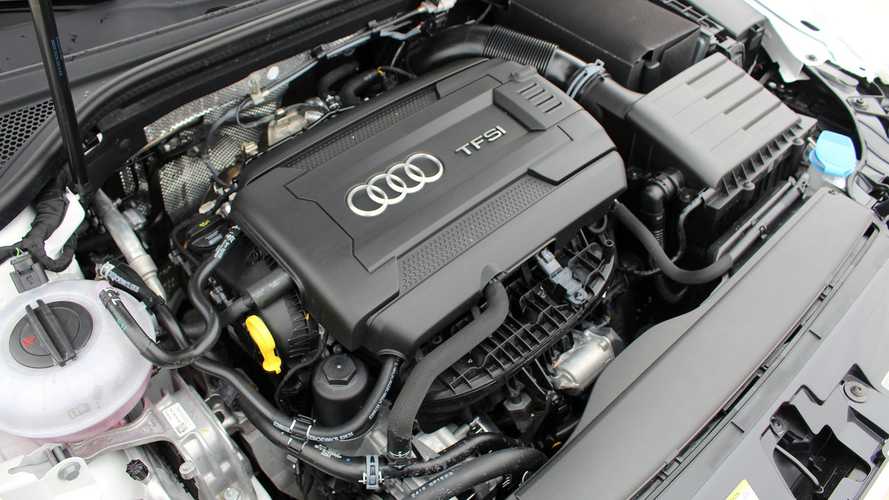 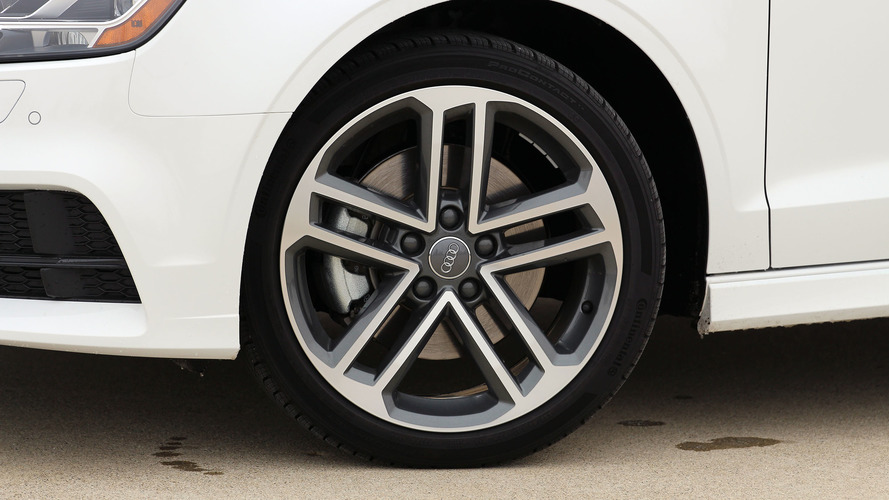 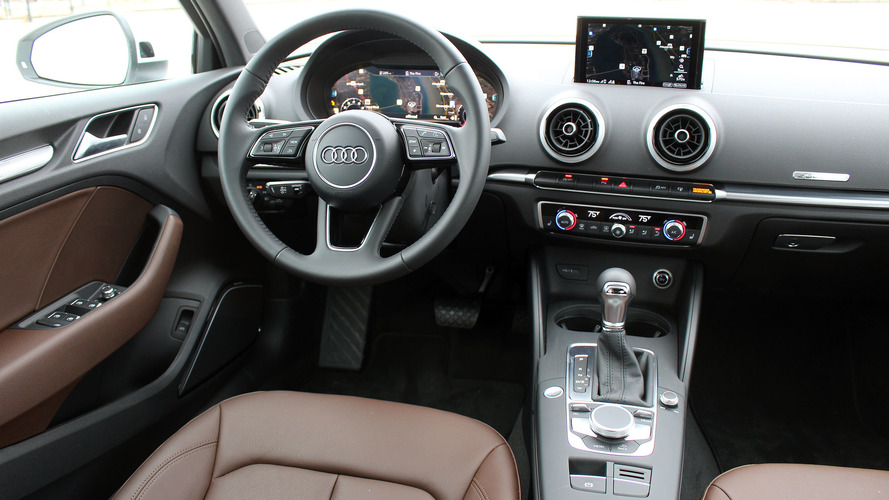 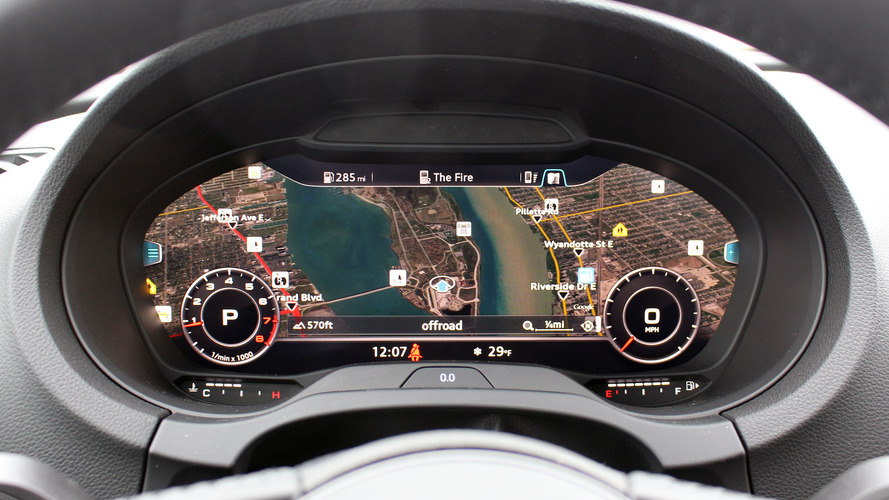 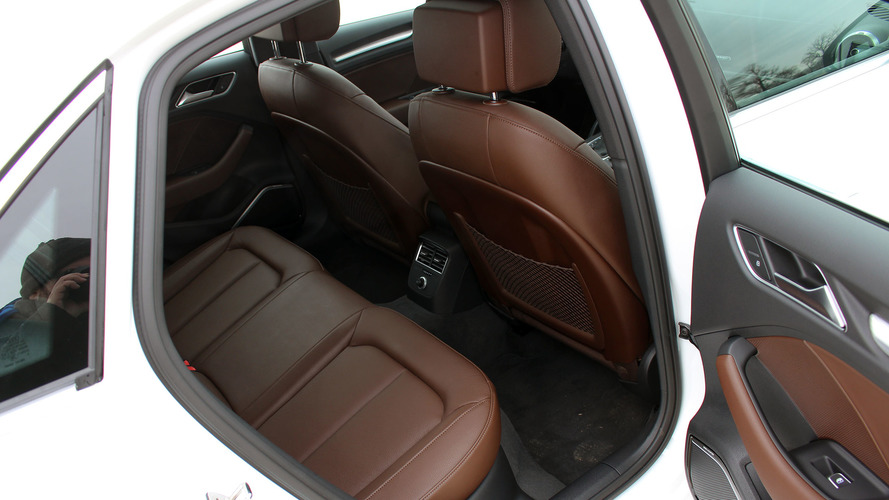 It’s still a subcompact. Remember, the A3 has the same footprint of a Volkswagen Golf, but its sedan shape means there’s less rear headroom and much less cargo space. As a personal car, or for couples, the A3 is fine, with enough space up front for two moderately sized 30-year-olds. But if your life requires you to frequently make use of the rather cramped rear seats, consider opting for the larger A4. Or, you know, just buy a Golf (GTI!).

It gets expensive. The A3 Prestige comes with everything – LED lights, navigation, infotainment, heated seats, leather, moonroof, and so on. But it’ll also cost you around $43,000, which is the same price as a base S3, or a very nicely equipped (and larger) A4 2.0T Premium Plus Quattro. I can’t blame you for wanting all of the bells and whistles in your brand-new Audi. Just remember that for the same coin, you could get a lot more power, or a lot more space, if you don’t mind sacrificing a high-end stereo or sunroof.