2017 Jaguar F-Pace Review: Does everything well 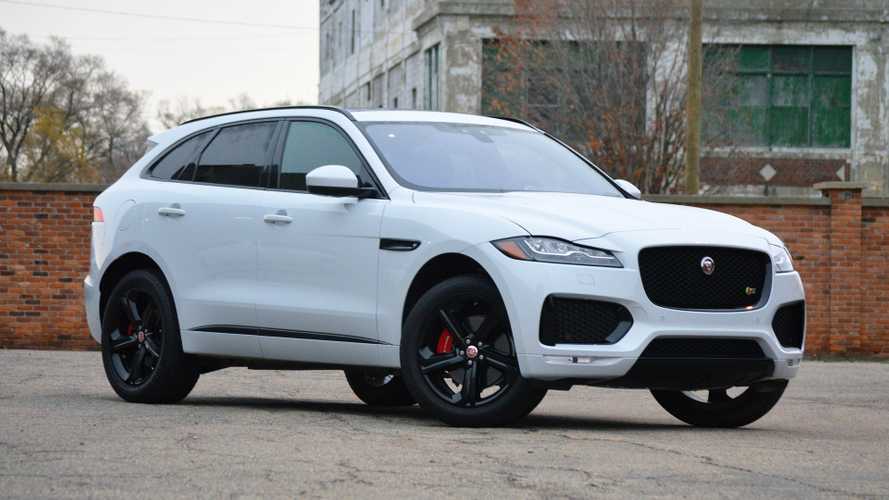 A surprisingly useful and good-driving take on Jaguar values.

At another job, close to a decade ago, I wrote a series of articles asking if there would ever be such a thing as a “driver’s” crossover. Today, and even before I got my first spin in the resoundingly good-to-drive Jaguar F-Pace, the answer is a clear “yes.” Porsche and Audi make CUVs that are great to drive, look at, and offer a fair amount of practicality (as long as you’re not too obsessive about fuel costs). And with the F-Pace, especially in this S trim, Jaguar now does too – so well, in fact, it might be the small segment’s leader.

Bring on back roads. Wow, this high-riding vehicle is all but totally planted in the twisties. Most crossovers and SUVs, even those tuned for performance, have more body roll and suspension squishiness when you get really aggressive in corners. The worst I can say about the Jag’s performance is that it doesn’t feel exactly light, but it’s still far more sports sedan-like than I had hoped to find. It’s been more than a year since I last drove the Porsche Macan, but my gut tells me these two products are neck-and-neck on the handling front.

Competent controls. The steering weights up well as I dial in lock. The brake pedal feels strong even coming down from high speeds, and has a nice progressive feeling as I apply it. Tip-in from the throttle takes a tiny bit of getting used to – it’s sharp – but ultimately it rewards as well.

Power, with lightness. Of course, cornering isn’t that interesting if you can’t get up to a good trot before you find one. Thankfully the F-Pace S gets Jag’s supercharged 3.0-liter V6 to help make that happen. The 380-horsepower, 332-pound-feet engine is responsive and ripping, with a nice exhaust note there to punctuate full-throttle runs. Consider that it has more power than either the Macan S or the Audi SQ5 can muster, and in a package that’s roughly 100 and 400 pounds lighter, respectively. (Thanks, aluminium!)

A stunner. I don’t even care for white cars, and I still think the F-Pace looks sexy in this pale shade. The tall wheels on wide rubber really sell the performance potential of the crossover, even with sheet metal that’s restrained enough to be appropriately British. I can’t think of a German good-times wagon that I like to look at more, either.

Is it cramped in here? Oddly, while I think the back seats are just as capacious as anything in this market segment, I feel a little shy on knee and elbow room when I am on my daily commute in it. Sure, when I’ve flogged it out on country roads, that closeness seems like an asset for keeping me planted in my seat, but in stop-and-go traffic on I-96 I regret not having the salad for lunch.