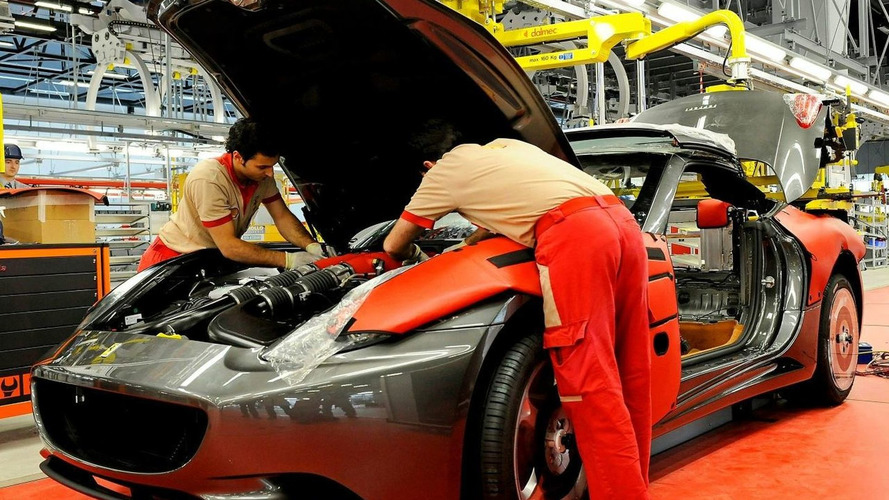 Ferrari has taken the wraps off the all-new production lines built for its latest model, the Ferrari California, and revealed wide-ranging changes to its Maranello factory

Ferrari has been very stingy when it comes to information on the new California coupe-convertible, leaving it to German Autobild to be the first to release new images other than the few studio shots. But at least there is now photographic proof that production of the new front-engined Ferrari has started.

Manufacturing is taking place at Ferrari's brand new production line, the latest phase in Ferrari's Formula Uomo program which started in 1997 to improve production, safety and employee happiness. “Excellence is the driving force behind all of Ferrari’s activities,” says President Luca di Montezemolo. “We intend to create a working environment unlike any other anywhere in the world.” In 2007 the Maranello factory took home the European 'Best place to work' award.

Finalizing the Formula Uomo is the new car assembly lines and a brand new restaurant. “With the addition of these two new buildings,” stressed the Ferrari President, “we have completed the renovation of the entire Car Production Area that began in the late 1990s, and has involved the investment of over 200 million euro. Next year we will be going one step further when we begin work on the new facility for the Ferrari Formula One team.”