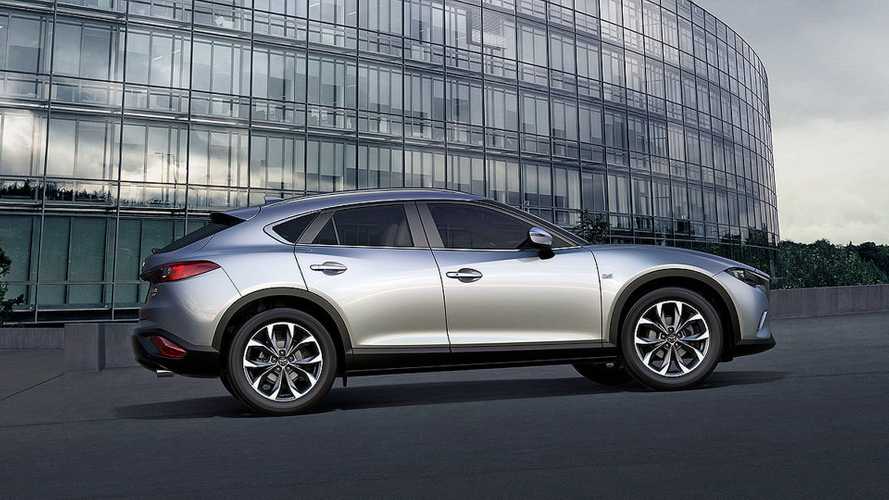 The coupe-SUV will be launched with two petrol engines.

The Mazda CX-4 is ready for the Chinese market, receiving its official debut during the 2016 Beijing Motor Show.

Following several teaser images, the CX-4 is officially joining the ever-growing SUV lineup of the Japanese manufacturer as a coupe-SUV that will be available exclusively in China. It’s actually slightly bigger than what we were expecting and rides on optional 19-inch alloy wheels. In fact, it has the same 106.3-inch (2.7-meter) wheelbase like the CX-5 with ground clearance of 7.87 inches (20 centimeters) and standard 17-inch wheels.

The front end is dominated by a large trapezoidal radiator grille flanked by sweptback headlights with LED technology - just like in the Koeru concept that was revealed during the 2015 Frankfurt Motor Show. Moving back further, there’s a sporty roofline that extends to a stylish rear spoiler, while large fog lights are positioned at the lower part of the bumper, just above the twin exhaust tailpipes.

Stepping inside the cabin, you’ll find a familiar atmosphere with a tablet-style seven-inch display for the infotainment system and conventional parking brake instead of the electric brake of the CX-5. The central console accommodates a dual-zone automatic climate control, and a push-rotary switch behind the gear lever, controlling the infotainment system.