Dealers with Ford and Lincoln vehicles under one roof will have to invest in each to sell their EVs.

Lincoln dealers that want to sell new electric vehicles will need to make a sizeable investment in infrastructure to support the product. That investment could get close to $1 million for top-tier dealers, and they have by December 15 to decide yay or nay.

This was part of Ford's presentation to dealers in Las Vegas, according to Automotive News. Specifically, a $900,000 investment in chargers and equipment is listed for higher-volume Lincoln dealership locations in large markets. That cost should cover two DC fast chargers and seven lower-powered Level 2 chargers, along with all the extra items and training required to run them. Dealers in smaller markets are required to install one DC charger and four Level 2s at an estimated cost of $500,000. 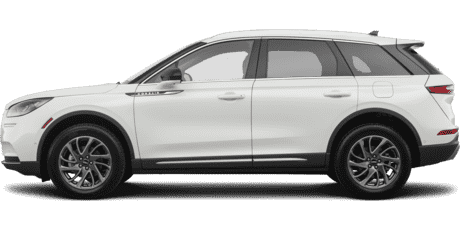 save over $3,400 on average off MSRP* on a new Lincoln Corsair

Of course, the other option is to not make the investment at all. In that instance, Lincoln dealers will not be able to sell any EVs, which isn't a big deal right now since the luxury brand doesn't offer any fully electric vehicles. For dealers that opt-out, there will be a second opportunity to commit to EV investments in 2026.

If this all sounds a bit familiar, it's because Ford gave pretty much the same choices to its dealer network. The deadline there is October 31 and the investments are generally a bit higher, but the message is the same: commit to an electric future or lose the ability to sell electric cars.

Here's where it might get a little sticky for dealers selling Ford and Lincoln vehicles together. There isn't any combo deal for dealers investing in both. That means a dealer opting for the highest level of certification for Ford and Lincoln EVs could spend upwards of $2.4 million to make it happen – $900,000 for Lincoln and another $1.5 million for Ford. There are less expensive options, but that also lowers vehicle allocations for dealers to sell. And the required chargers would be installed and kept separate for each brand's customers to use.

According to Automotive News, there are 650 Lincoln dealerships in the US with 252 located in high-volume areas. We've contacted Lincoln to confirm this information and for additional clarity on investments for dealers selling both Ford and Lincoln vehicles. We will jump in with an update as more information becomes available.