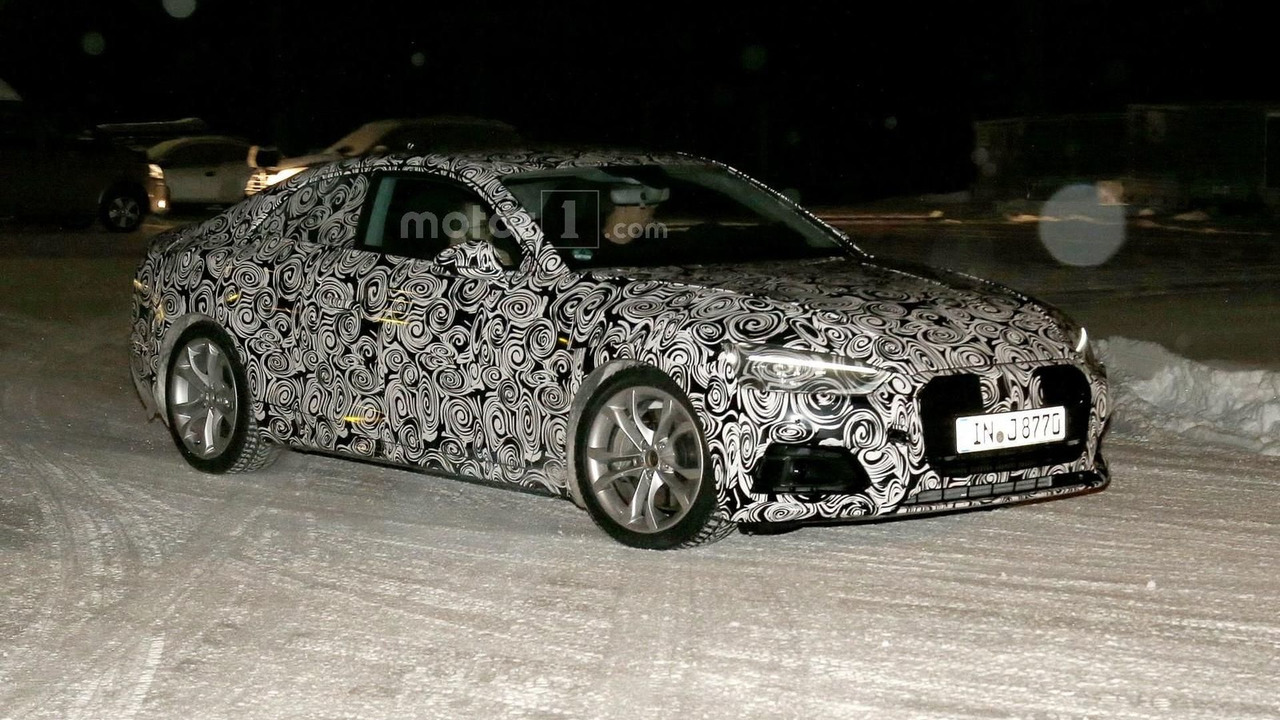 The 2017 Audi A5 Coupe has been spied undergoing cold weather testing.

The 2017 Audi A5 Coupe has been spied undergoing cold weather testing.

Snapped at night, the highly camouflaged model follows in the footsteps of the A4 and adopts an evolutionary design that is instantly recognizable.  Styling details are hard to make out but we can see the car will have a prominent grille, angular headlights, and larger air intakes.  Moving further back, there's a rakish windscreen, a sporty roof, and a familiar greenhouse.  Other notable highlights include a dual-exhaust system, LED taillights, and a trunk with an integrated spoiler.

Our spies couldn't get close enough to snap interior pictures but previous photos have shown the cabin will have aluminum trim, metallic accents, and a free-standing infotainment system.

Despite the déjà vu design, the 2017 A5 will ride on the new MLB Evo platform that underpins the A4 and Q7.  It will reportedly enable the model to weigh approximately 100 kg (220 lbs) less than its predecessor.

The 2017 A5 Coupe is slated to debut at the Geneva Motor Show before going into production in August of 2016.