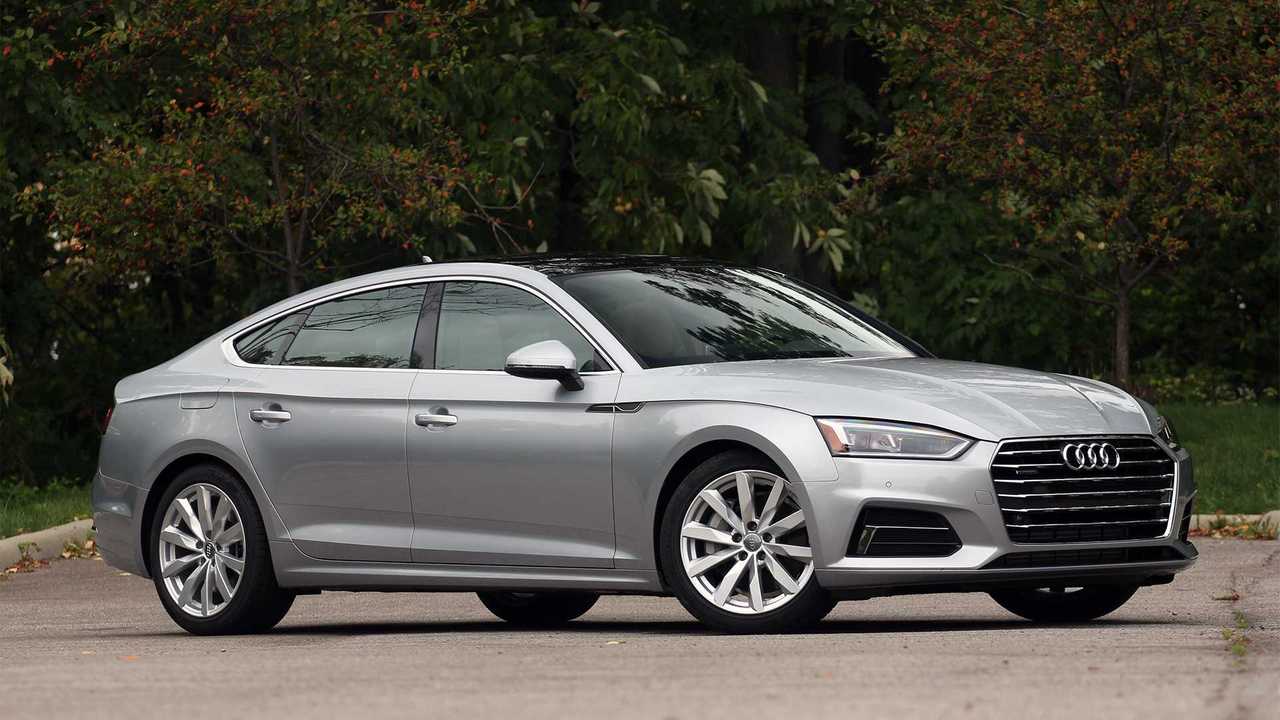 This hatchback has it all.

As a brand, Audi almost never takes a step backward. Its cars and SUVs get better every year thanks to a carefully orchestrated evolution of engineering and design. Even brand new cars such as this Audi A5 Sportback – a four-door version of the A5 coupe – benefit from standing on the shoulders of many four-ringed progenitors. In fact, the A5 Sportback may be the apex of the brand’s collective wisdom; one vehicle that assumes the best of every Audi vehicle before it.

What can’t it do? The A5 Sportback’s coupe profile and rear hatch make it look as interesting and attractive as the A7 and perform both as comfortably and capably as the Q5. It also has the same suspension and engines as the A5 coupe and A4 sedan, so it offers an equally exceptional blend of ride comfort and performance. And for a German luxury car, it’s even reasonably priced and remarkably efficient.

The base price of the A5 Sportback is $42,200. Jumping from the base Premium to the mid-grade Premium Plus of my test car scores more standard features such as a proximity key with push-button start, heated seats, LED headlights, parking sensors, and a blind-spot monitor with rear-cross-traffic alert. This car is also fitted with the Navigation package ($2,600) that, among other things, replaces the car’s analog gauges with Audi’s excellent Virtual Cockpit display. Natural Gray Oak wood inlays are another $350 option, while the special Florett Silver metallic paint costs an extra $575 and a Cold Weather package with heated rear seats and a heated steering wheel adds $500. All told, the as-tested price of this tester amounts to $50,600, which isn’t egregious for a mid-size luxury car from Germany. One can go yet higher with the top-level Prestige trim that starts at $50,200 and grants access to more optional features.

Remember, though, that Audi also sells the A4 sedan. Styled more conservatively as a traditional three-box four-door, the A4’s starting price is $6,200 lower than the A5 Sportback, though that’s for a front-wheel-drive version, whereas the A5 Sportback comes standard with Audi’s Quattro all-wheel drive. An A4 with all-wheel drive starts at $40,500, which narrows the price difference between these two considerably.

Lower and wider than the A4, and with a gently sloping roof that sweeps into its short rear deck, the A5 Sportback’s design is without question more elegantly penned. Does it look like a coupe as its label suggests? No, not even a little. Like the A7, the A5 Sportback is its own thing – more interesting and emotionally appealing than its conventionally styled sedan sibling.

Being a hatchback also gives the A5 Sportback a more functional design than the A4. The hatch is hinged above the rear window, affording an enormous opening into which cargo can fit. It’s one of those rare instances where both masters – form and function – have been equally served.

The A5 Sportback’s interior is another example of Audi excellence with great material selection (the aforementioned optional Natural Gray Oak inlays are beautifully textured and rich-feeling) and a straightforward, easy-to-use layout. See the cluster of climate controls in the middle of the dash? Corporate cousin Bentley borrowed those controls for its $200K-plus Bentayga SUV. That tells you something about the design and execution of even the little things in every Audi.

While these cars are close in terms of passenger space, the A5 Sportback whoops the A4 when it comes to cargo room. Pop the rear hatch and you’re greeted by an impressive 21.8 cubic feet of cargo space, more than any traditional trunk can offer (the A4’s trunk is 13.0 cu-ft). Fold the A5 Sportback’s rear seats forward, and cargo space expands to 35.1 cubic feet. That’s 15 to 20 cubes short of what a compact SUV can swallow, but significantly more than most traditional sedans. Plus, with a much larger rear opening than a traditional trunk, the A5 Sportback’s cargo hold can fit larger and more unwieldy objects.

The A5 Sportback doesn’t feature anything new in terms of technologies and connectivity, but Audi’s suite of electro-bits is so well regarded that it doesn’t matter. That includes the excellent optional Audi Virtual Cockpit that adds a 12.3-inch digital screen in place of traditional gauges, Audi’s well-designed MMI Touch user interface, and the brand’s easy-to-use Drive Select menu for tailoring the car’s driving dynamics.

Regardless of whether or not you pony up $2,600 for the Navigation package (though you should, because it also includes Virtual Cockpit), you can use your iPhone or Galaxy with the infotainment system thanks to the inclusion of Apple CarPlay and Android Auto.

Lastly, Audi has kindly included a power-lifting rear hatch as standard equipment on all trim levels of the A5 Sportback.

The A5 Sportback is no sport sedan; there’s an S5 Sportback with a turbocharged V6 that fits that bill, not to mention the upcoming RS5. The standard A5 Sportback features a modest turbocharged 2.0-liter four-cylinder engine. Though small in displacement, this four-pot manages a respectable 252 horsepower and 273 pound-feet of torque that is routed through a seven-speed automatic transmission.

The A5 Sportback is remarkably adept at being a comfortable daily commuter during the week and an engaging back-road bomber on the weekends. Credit goes to Audi’s Drive Select, with Comfort, Auto, Dynamic, and Individual modes. Each mode gives the car a distinct driving personality.

While both a sport suspension and adaptive suspension are available options, neither are necessary based on my time with the standard suspension. It features a great balance of forgiveness and firmness that’s just fine for the relatively infrequent sporting intentions of most people. Again, go with the S5 Sportback if that’s not you.

To its credit, Audi has made a low-speed emergency automatic braking system (called Audi Pre-Sense City) standard on all A5 Sportbacks. Our mid-grade Premium Plus model also adds a blind-spot monitor and rear-cross-traffic alert as standard equipment. A new feature called Vehicle Exit Assist, which warns front seat passengers of approaching cars and bikes before opening their doors, also comes with this trim.

There are a few advanced safety features locked away in the A5 Sportback’s most expensive trim level. A top-view camera system with 360-degree view, adaptive cruise control, and a lane-keep assist system can only be had on the A5 Sportback Prestige as part of an additional $1,800 Driver Assistance package.

The A5 Sportback can manage up to 34 miles per gallon on the highway, according to its official rating from the Environmental Protection Agency. Around town that number dips to 24 mpg, while overall owners can expect somewhere around 27 mpg. Premium fuel is recommended, though.

Not surprisingly, the A4 sedan is equally efficient, and so is the A5 Sportback’s only direct competition on the market: the BMW 4 Series Gran Coupe. All three are rated exactly the same by the EPA.