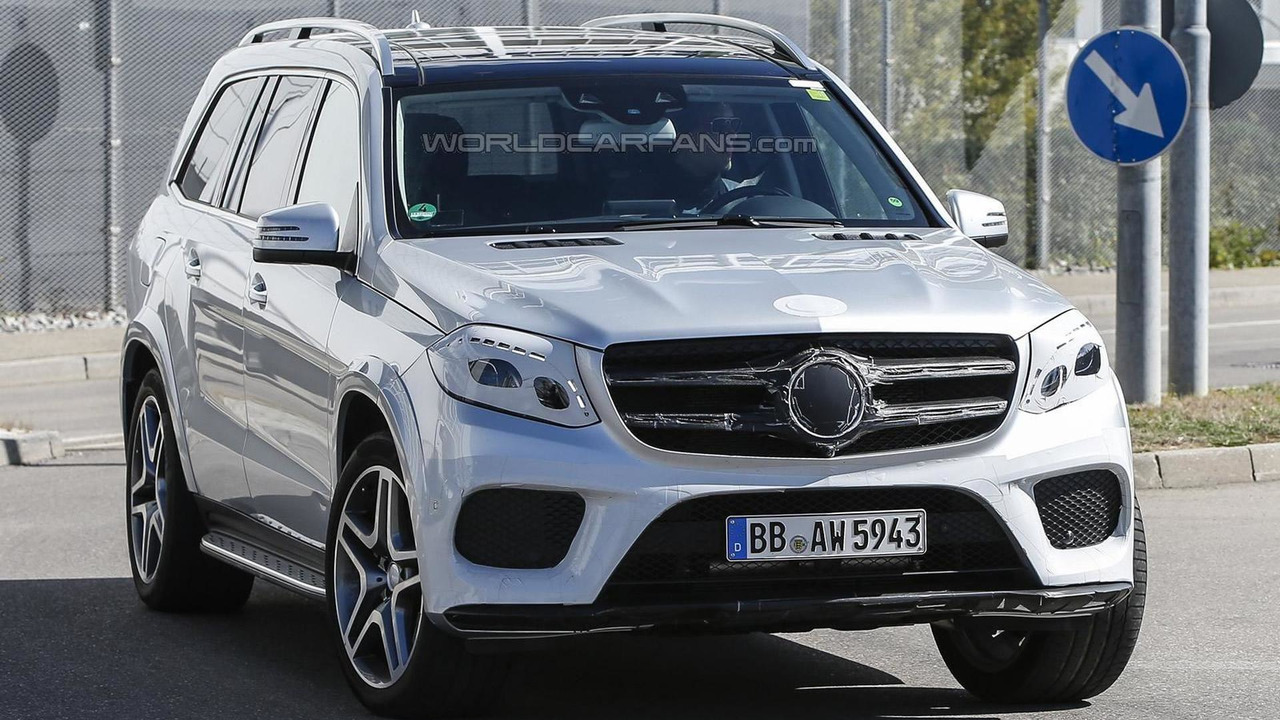 This is our best look at Mercedes-Benz's facelifted GL set to be renamed GLS for the 2016 model year.

This is our best look at Mercedes-Benz's facelifted GL set to be renamed GLS for the 2016 model year.

Mercedes has described 2015 "the year of the SUV" as after coming out with the GLE, GLE Coupe and the GLC, now they are just about ready to take the wraps off their revised full-size SUV which aside from receiving a modest facelift will also suffer a nomenclature change as the model will make the switch from "GL" to "GLS" to better show its similarity in size with the S-Class.

Judging by the minimal amount of disguise applied on this prototype, it means an official introduction is nearby and most likely the Daimler-owned company will show their flagship SUV at the Los Angeles Auto Show set for the second half of November, but an online reveal should occur sooner than that.

The 2016 GLS will feature revised headlights and taillights along with some minor tweaks to the front and rear bumpers. Some changes inside the cabin are also on the agenda, including the latest-gen infotainment system, new upholstery and trim options and possibly an expanded array of safety & assistance systems.

Mercedes-Benz has previously said they are analyzing the prospects of coming out with "coupe" and Maybach long-wheelbase derivatives of the GLS, but most likely these will have to wait until the next generation.

Word on the street says order books will open in December and deliveries will kick off in January 2016.