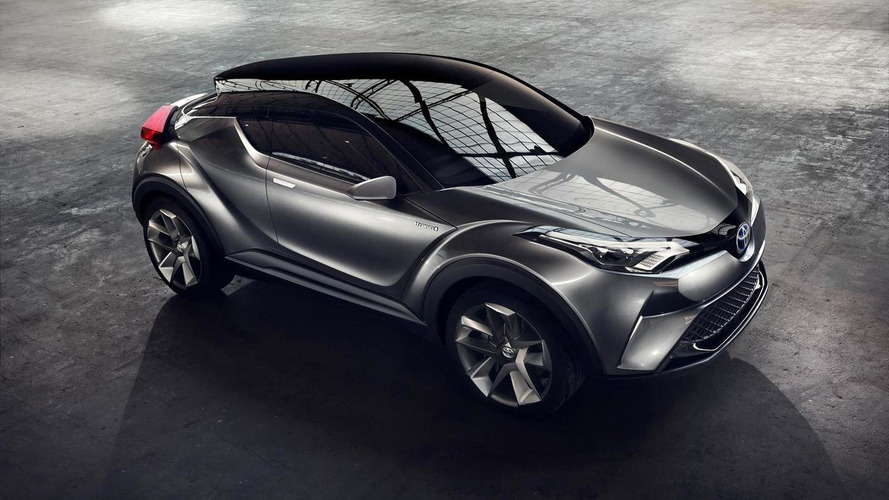 Toyota has taken the wraps off an updated C-HR concept today at the Frankfurt Motor Show.

Toyota has taken the wraps off an updated C-HR concept today at the Frankfurt Motor Show.

It was almost a year ago at the Paris Motor Show where Toyota introduced the first C-HR concept, thus providing a first glimpse of a Nissan Juke rival. Now, an updated version has debuted at IAA with a more toned down appearance suitable for a concept that is just about ready to hit the streets as the production version is scheduled to appear March next year in Geneva.

The vehicle rides on the newly developed Toyota New Global Architecture platform that has also underpinned the new Prius. It uses a full hybrid powertrain featuring a gasoline engine that has a thermal efficiency of more than 40% while the newly developed electric motor and battery adopts a lightweight and compact layout.

As far as the design is concerned, it's just as funky as the Juke and unlike the previous concept which had three doors, the updated C-HR comes with rear doors for added practicality. Toyota's designers used the shape of a diamond when drawing the concept which rides on typical oversized 21-inch wheels featuring a machined surface. They also changed the body's paint and added conventional side mirrors while the interior cabin is not done just yet taking into account we still don't have any images.

Since it will debut in production form next March, sales of the C-HR are expected to begin in the second half of 2016.