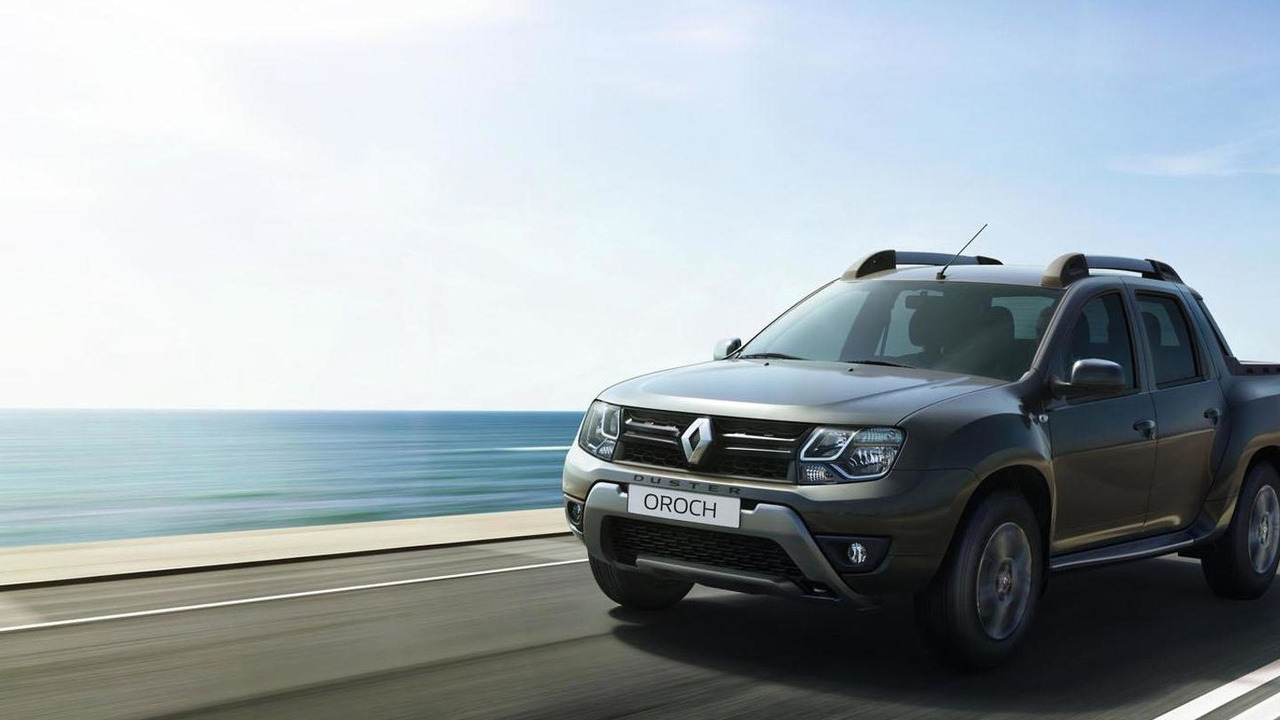 Renault has unveiled the Duster Oroch and Sandero R.S. 2.0 ahead of their official debut at the Buenos Aires Motor Show later this month.

Renault has unveiled the Duster Oroch and Sandero R.S. 2.0 ahead of their official debut at the Buenos Aires Motor Show later this month.

First up, the Duster Oroch is based on the Duster and promises to combine the "functions of a true double-cab pick-up with the space, performance and comfort of a compact and sporty SUV."  As a result, the four-door model has a familiar front fascia, muscular fenders and a relatively short rear bed.  The trcuk also has roof rails, a five-seat interior and 16-inch wheels.

Renault was coy on additional information but confirmed the model will be launched later this year with 1.6- and 2.0-liter four-cylinder engines.

Moving on, the Sandero R.S. 2.0 was designed exclusively for Latin America and will become the first RS model to be built outside Europe.  It features a sporty front fascia with mesh grille inserts and LED daytime running lights.  There's also a tailgate-mounted spoiler and a faux rear diffuser.

Inside, drivers will find unique seats, silver accents and gloss black trim.  Other highlights include alloy pedals and red accents on the air vents and steering wheel.

Power will be provided by an undisclosed engine that produces 145 HP and is connected to a six-speed manual transmission.  The model also has a sport-tuned suspension, a revised steering system and beefier brakes.