Tragedy At Nurburgring: 1 Dead, 7 Injured In Crash During Open Track

Ten vehicles were involved in the accident.

There's very sad news out of Germany involving a massive crash that reportedly took place at the Nürburgring on October 4 during an open track session. We're hearing that a person was killed and seven were injured – some severely – in a 10-car pileup that happened on the 12.9-mile Nordschleife loop.

An exact timeline of events isn't known, but Road & Track reports that it started with a Porsche 911 GT3 that had an apparent mechanical failure and was dumping coolant on the track. According to a driver at the track, the Porsche pulled off the course into the grass and a tow truck was sent to the scene. By then, the track and other cars were coated in slick coolant, and a Mazda MX-5 crashed hard into the service vehicle, bursting into flames. One driver told Road & Track that a car was wedged under the service vehicle and "unrecognizable." 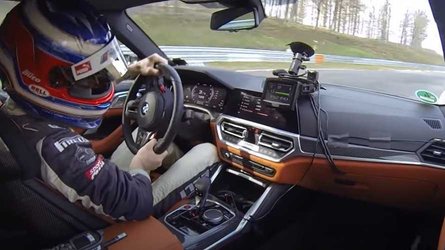 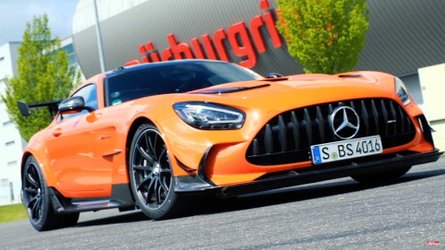 Two motorcycles were reportedly involved in the crash, with one seen near the service vehicle. A C7 Corvette was also said to be among the cars involved. The extent of the severe and minor injuries of other victims is unknown. The incident occurred near Bergwerk corner, the tight right-hander about halfway through the loop that precedes Kesselchen, the climb up the hill that eventually leads to the Karussell. The person killed was reportedly a regular at the famous track.

The Nordschleife holds regular Touristenfahrten sessions, where the course is open to the public and can be driven for a nominal fee. The track was closed following the crash as emergency equipment and rescue vehicles were brought on-scene. One driver who was on the course during Monday's session suggested to Road & Track there weren't enough marshals on the track.

Stay safe out there, everyone.