If you’ve read our reviews of the current Hyundai Sonata, you already know we absolutely love it. Every single version of the car - from the frugal hybrid to the sporty N-Line - does its job great and leaves no room for doubts about its qualities. A facelifted version should arrive next year and our pals at Kolesa.ru had a very interesting question to ask before that happens - does it make sense for the Sonata to get yet another derivative?

This may be a little too wild for some of you but we actually think this lifted Sonata looks good. The rendering obviously takes the standard sedan in what seems to be a more expensive trim level (judging by the wheels) and raises the suspension for a more off-roadish appearance. The artists have also added the necessary black wheel arches and aluminum protecting panels and diffusers.

The first thought that passed through our minds after seeing this cross-sedan (as Kolesa.ru likes to call it) was the Volvo S60 Cross Country. For those of you who have forgotten the Swedish 4x4 sedan, it was built in 2015 as a limited-edition model with each American dealership only getting one car. It was technically identical to the V60 Cross Country but featured a conventional sedan shape in a combination with the modified suspension. 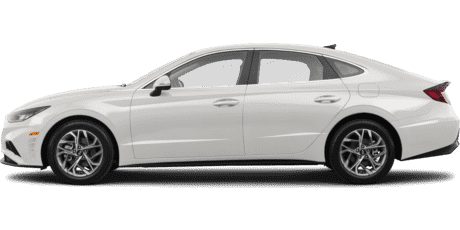 Back to the Sonata, we are eager to see what the model’s facelift will bring next year. The South Korean sedan is already one of the best-looking vehicles in its segment and we doubt it will get major visual revisions. On the tech side, there might be some little tweaks but, again, we don’t expect anything huge. The updated Sonata will be followed by a refreshed version of the Palisade SUV.