Lexus IS-F Twin-Turbo V8 Could Be On The Way, Toyota Patent Suggests

The Japanese brand might not be done with V8s, as it turns out.

Toyota isn’t focusing on V8s as much as it used to. The current Lexus LS is a V6-only affair now (bolstered by either turbochargers or hybridization), and the next-generation Toyota Tundra is rumored do ditch its husky 5.7-liter V8 in favor of a downsized twin-turbo V6 as well. However, we’ve heard rumblings of a twin-turbocharged V8 coming to a performance-oriented Lexus product, as evidenced by a recently discovered patent from 2020.

Toyota filed the claim (first discovered by a member of the GR86.com forum) in September 2020, well after we heard that development of the Lexus LC F had stalled. The patent features many revealing drawings, betraying the engine’s hot-V layout, with both turbochargers residing in the valley between the cylinder banks, reducing lag and improving throttle response. Details within the patent also suggest that a single-turbo layout is also possible, so Toyota could theoretically offer two different versions of the engine for varying power and efficiency requirements. We’d expect the twin-turbo to boast at least 600 horsepower (447 kilowatts).

Merely filing a patent doesn’t guarantee that Toyota will offer the engine in any of its products, but it still seems likely that it should show up in the next generation of Lexus’ performance vehicles, including the rumored LS F, LC F, and IS F. That would give the BMW M–rivaling sub-brand a high-tech flagship engine, and it would also explain why the current IS 500 isn’t a full-blown F model in spite of its prodigious 472 hp (352 kW) – Lexus wanted to leave some room at the top of the lineup for the incoming turbo eight.

The new engine might not be limited to Toyota’s luxury brand, either. It could show up under a high-performance off-road version of the next Tundra, allowing the fullsize pickup to rival the Ford F-150 Raptor and Ram 1500 TRX. Such a machine could help Toyota restore its Baja 1000 dominance, which it asserted in the 1990s with Ivan “Ironman” Stewart behind the wheel of a TRD-engineered Trophy Truck. Whatever the case, we hope Toyota allows this engine to proliferate the lineup somewhat, avoiding the bait-and-switch bummer that was Cadillac’s short-lived Blackwing twin-turbo V8. 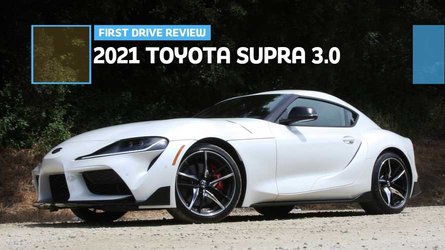 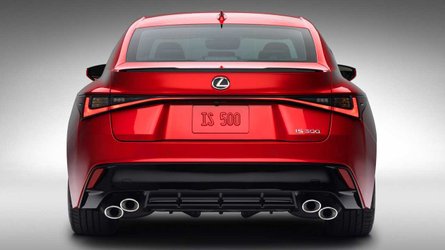 Toyota hasn’t made any official announcements about the engine’s specifics or estimated arrival on the market, but we expect it to arrive in time for the Lexus LC’s expected facelift for 2023.