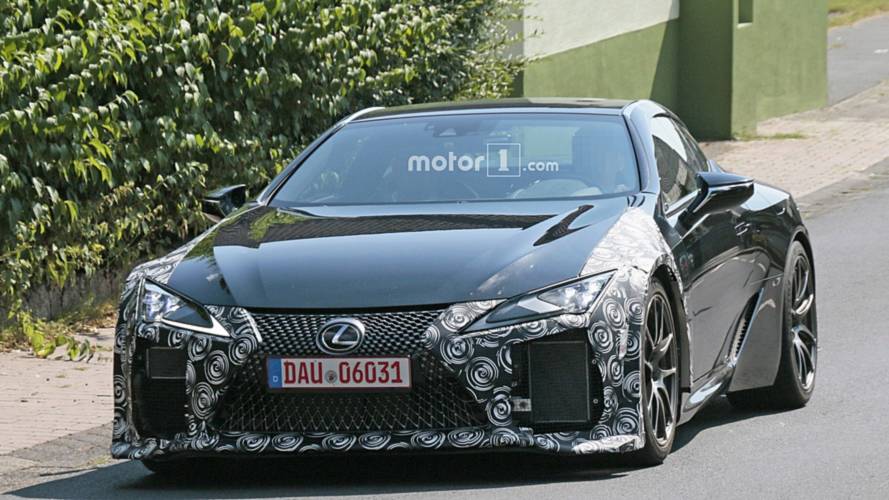 The economy isn't healthy enough to invest in a niche performance car.

The Lexus LC F project is dead because of the uncertain economy in the wake of the coronavirus pandemic, Car Sensor from Japan reports. The publication didn't cite a specific source for this info. Motor1.com reached out to Lexus' American division, and we were told: "We can't comment on any future speculation."

The development costs are too high for a model that's sure to be a niche vehicle selling in very small numbers, according to Car Sensor. Also, Toyota knows that profits are going to fall this year because of COVID-19's effect on the economy and investing in the LC-F doesn't make financial sense.

Lexus LS Facelift Rumored To Bring Back The V8 Hybrid

The good news is that this report indicates that the previously announced twin-turbo V8 is still happening. Allegedly, it's even going into the LC500 when that model receives a refresh.

There had been rumors about the Lexus LC F's development for years. There were even spy shots allegedly showing its development (gallery above), including a revised front end with massive inlets in the front corners. In late 2018, the company announced the twin-turbo V8 and said the powerplant would premiere in the LC500 race car competing at the 24 Hours of the Nürburgring. After that, the mill would go into road-legal vehicles. Unfortunately, COVID-19 forced the cancelation of the event at the 'Ring this year.

The twin-turbo V8 would also reportedly be available in Lexus' forthcoming, range-topping crossover that might wear the LQ moniker. Where the current LX is a rugged, body-on-frame SUV that's essentially a somewhat nicer version of the Toyota Land Cruiser, the new vehicle would put a bigger focus on luxury and comfort. Look for it to arrive for the 2022 model year.