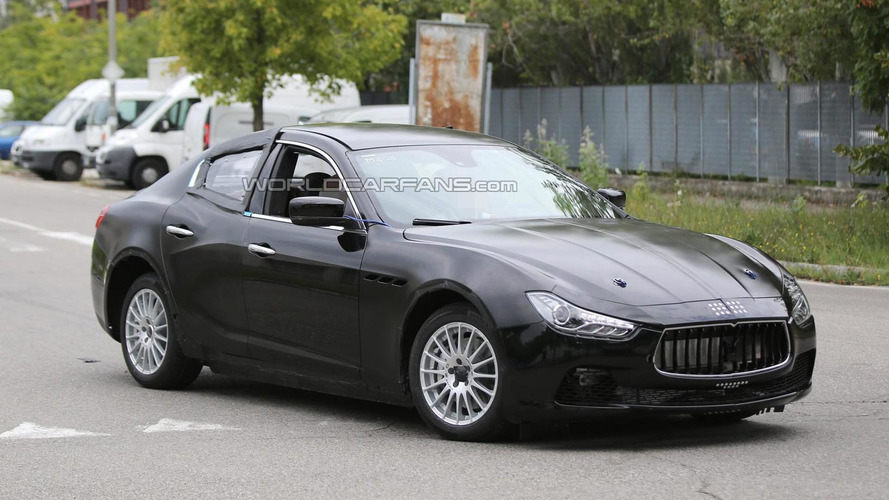 The 2016 Alfa Romeo Giulia has been spied for the first time and it was wearing a Maserati Ghibli body.

The 2016 Alfa Romeo Giulia has been spied for the first time and it was wearing a Maserati Ghibli body.

At a first glance this might look like a prototype for some sort of Maserati Ghibli derivative but in reality it's a test mule for the much debated Alfa Romeo Giulia. The vehicle was spotted at a gas station getting a diesel refill and as you can see the body is significantly shorter and narrower than the Ghibli.

Sitting on 17-inch alloy wheels, this Giulia test mule had a dual exhaust setup and an unfinished interior cabin with a steering wheel sourced from Jeep. Codenamed "Tipo 952", the model is expected to ride on a newly developed rear-wheel drive platform called "Giorgio" which will also support the implementation of an AWD setup. The platform is actually being developed by Maserati and will be used also on future Chrysler and Dodge products.

Alfa Romeo's Giulia will be the first model to ride on the new platform and will be powered by a variety of four-cylinder gasoline and diesel engines. A range-topping GTA variant is expected to come with a V6 3.0-liter twin-turbo engine from Maserati which will develop 480 - 520 bhp (358 - 387 kW). This will be a rear-wheel drive car with a dual-clutch gearbox and a limited slip differential, helping the high performance compact sedan hit 62 mph (100 km/h) from a standstill in less than four seconds.

Details about the car's design are not available at this point but Fiat Chrysler Group head of global design, Lorenzo Ramaciotti, said the Giulia is a "styling challenge" and "has to be remarkable but stand the test of time." As a reminder, students at European Design Institute (IED) in collaboration with Alfa Styling Center revealed more than a year ago the Alfa Romeo Gloria concept which is believed to serve as a preview for the Giulia's styling. The beautiful concept was 4700mm long, 1920mm wide, 1320mm tall and had a 2900mm wheelbase.

Acting as a 159 replacement, the Alfa Romeo Giulia is going to be commercialized as a global model, including in the United States and Asia. It's scheduled to go on sale as a 2016 model year so it will probably be revealed in the first half of next year.