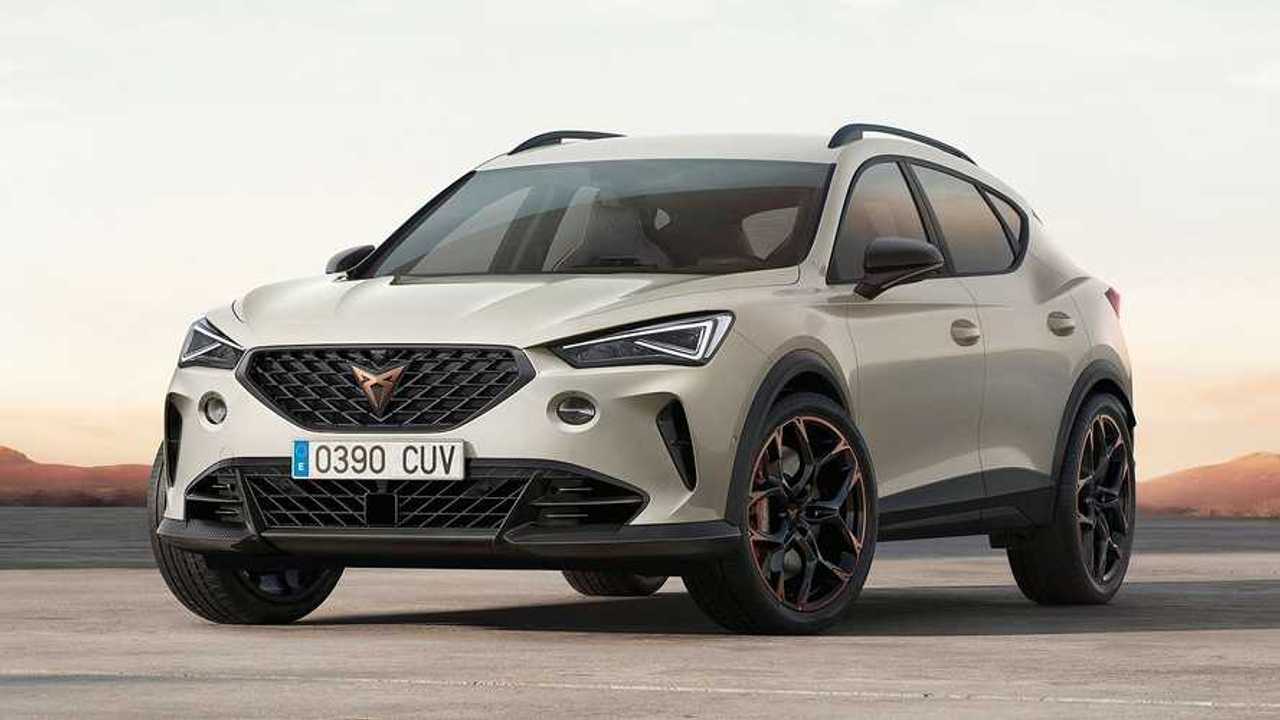 Production will be capped at only 7,000 units.

SEAT’s standalone brand Cupra is celebrating its third anniversary by unveiling its most powerful road car yet. Developed from the ground up to be a Cupra model, the Formentor sporty crossover is borrowing the turbocharged 2.5-liter engine used by Audi for various RS-badged compact cars, including the RS Q3 and TT RS.

The inline-five unit produces 385 horsepower (287 kilowatts) and 480 Newton-meters (354 pound-feet) of torque in the new Formentor VZ5. For the sake of comparison, the engine generates the same amount of torque in the RS Q3 and its Sportback sibling, but it has a little bit more horsepower in the Audis, at 394 hp (294 kW). As with the spicy crossover from Ingolstadt, the new hot Cupra comes as standard with all-wheel drive and a dual-clutch, seven-speed automatic transmission.

The new pinnacle of the Formentor lineup completes the 0 to 62 mph (100 km/h) run in 4.2 seconds, which actually makes it three-tenths of a second quicker than an RS Q3. Both are electronically capped at 155 mph (250 km/h). The full horsepower kicks in at 5,700 rpm while the maximum torque is available from 2,250 rpm.

It sits 10 millimeters (0.4 inches) closer to the road compared to the 306-horsepower Formentor on bespoke 20-inch wheels with bigger brakes lurking from behind. There are 18-inch, six-piston Akebono calipers finished in copper to match the copper-machined alloy wheels. The stacked quad exhaust tips à la Lexus F models are also exclusive to the VZ5 and flank a more aggressive rear diffuser.

Production will be capped at just 7,000 units and all of them are going to be built in a left-hand-drive configuration. Cupra is going to open the order books in the final quarter of the year, with pricing yet to be announced. In the domestic market Spain, the Formentor VZ 2.0 TSI with the 306-hp engine starts at €44,920, so the VZ5 could hit the €60,000 mark.

Despite what will likely be a major price bump, it still won’t overlap with the Audi RS Q3 available in España from €73,790. The Formentor VZ5's limited availability means the Volkswagen Group isn't too worried about the Cupra model cannibalizing sales of the RS Q3.