Truck fans craving off-road prowess in their pickup have a new choice from Ford. The F-150 Tremor adds visual aggression on the outside while also upping the ante underneath, and we do mean that literally. A host of suspension upgrades with optional trail tech gives the new F-150 added capability over the FX4 package without going to the Raptor extreme.

Let's get right to the good part. The Tremor comes standard with upgraded springs at the front and rear, along with Tremor-specific monotube shocks up front with twin-tube shocks at the back. The springs give the Tremor a bit more ground clearance, while the shocks offer softer damping at lower speeds. Ford says the changes help the tires keep better contact with the ground, while the additional height and suspension travel (one inch in front, an inch and a half at the back) offer better approach, departure, and breakover angles.

The functional upgrades don't stop there. Locking front and rear differentials are standard, and a Raptor-styled skid plate protects components under the front of the truck. a set of 33-inch all-terrain tires on Tremor-specific 18-inch wheels are also standard. Upgraded front knuckles and upper control arms are part of the package, and in addition to more ground clearance, the F-150 Tremor has a stance that's one-inch wider versus the normal truck. Under the hood, you'll find Ford's 3.5-liter EcoBoost V6 doling out the power.

On the aesthetic side, the Tremor gains a unique grille and a blacked-out Ford oval, sitting in a front clip that's redesigned to be more muscular in appearance with functional vents. Small side steps aren't quite Raptor-spec but they are inspired by the hardcore off-roader, as is the rear bumper with dual exhaust cutouts and factory tow hooks. Badging and lots of Active Orange trim identify this truck as a Tremor both outside and in, the latter of which also includes an American flag laser-etched into the trim on dash edges. Overhead, a cool bank of switches are preinstalled for connecting and running accessories like winches and lights.

If the standard Tremor still isn't quite enough, Ford is ready to sell you some optional extras. Aside from the plethora of F-150 items available in either standard, mid, or high equipment groups, the Tremor will offer a Torsen limited-slip front diff late next year. Folks who choose the high group also get a torque-on-demand transfer case similar to the one from the Raptor, which combines traditional four-wheel-drive capability with all-wheel-drive functionality.

Available off-road tech systems include Trail One-Pedal Drive, combining slow-speed acceleration and braking into the throttle. Trail Turn Assist locks the inside rear wheel for tighter low-speed turns. A rock-crawl system is also added to the Tremor's drive-mode playbook, and Trail Control is an optional add-on that functions like cruise control for off-road use.

Ford isn't ready to talk about pricing for the Tremor, but it's only offered in SuperCrew configuration with the 5.5-foot bed. Barring coronavirus delays, it will go on sale next summer. 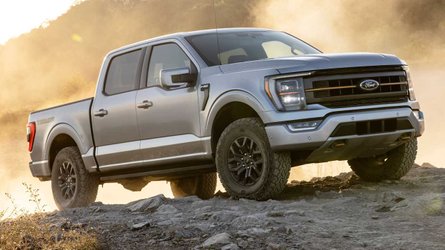 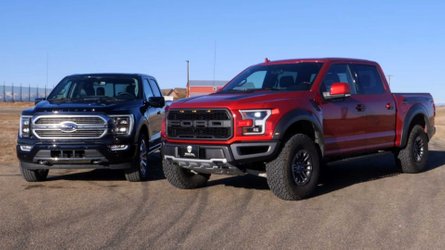