Envisioned as an LMP1 race car for the road.

The “Porsche Unseen” teaser campaign is coming to an end as the German sports car marque is introducing all of the designs that have been kept a secret until now. The most exciting of them all is a 919 Street fullsize clay model envisioned as a road-going counterpart of the Le Mans-winning 919 Hybrid.

Created in 2017, the spectacular hypercar uses the same carbon fiber monocoque and 900-horsepower hybrid setup as the LMP1 racer from which it also inherited the proportions and wheelbase. Coincidentally, the 919 Street reveal coincides with the 20th anniversary of the Carrera GT celebrated this week by Porsche, which makes us wonder why the clay model isn’t being turned into a road-going production model.

It would follow previous flagships, including the 959, the aforementioned V10 naturally aspirated machine, and the 918 Spyder that followed. A road-going sibling of a top-tier race car certainly wouldn’t be the first for Porsche as the Zuffenhausen brand rolled out a 911 GT1 Straßenversion back in the 1990s.

Getting back to the 919 Street at hand, the design is obviously inspired by the race car. From the wraparound windshield and small windows to the central fin and chunky wheel arches, it really does look like an LMP1 for the road. Porsche designed a unique set of wheels and molded the headlights after those of the 919 Hybrid.

The rear end design represents a departure from the endurance racer as it lacks the giant wing while gaining a full-width LED light strip akin to current Porsche road cars. The top-exit exhaust is reminiscent of the 918 Spyder, while rearward visibility is a bit of an issue because there’s no rear window. The doors swing upwards and the rear diffuser is one of the largest we’ve ever seen on a car intended for road use.

If you’d like to see the 919 Street in the metal (well, clay), Porsche says it will have it up on display at its Museum in the Zuffenhausen district of Stuttgart in 2021. Meanwhile, a book entitled “Porsche Unseen” is coming out today with details about all these previously top-secret designs.

See The Other Concepts: 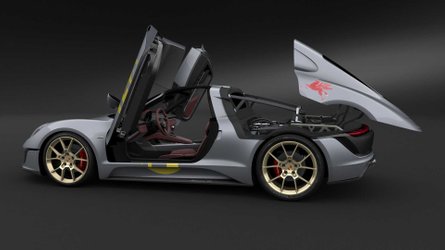 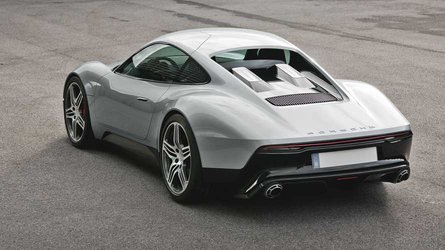 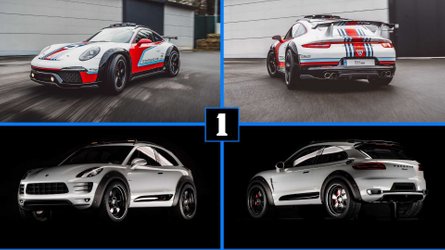 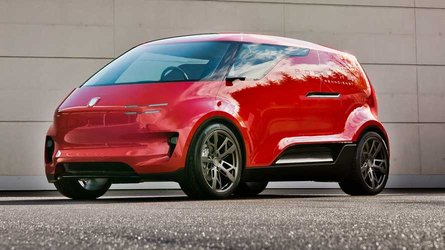