Porsche With Central Driver's Seat Teased, But It's Not What You Think

The driver seems to be flanked by two passengers à la McLaren F1 / Speedtail, but this is no supercar.

The "Porsche Unseen" teaser campaign is in full swing, and the peeps from Zuffenhausen have just dropped the third episode. Following what looked like modern-day equivalents of the 550 Spyder and GT1 Straßenversion, the third car is entirely different. It’s described as being a futuristic vehicle with an autonomous driving mode, which frankly defeats the purpose of having a Porsche at all.

As with the previous teasers, we’ve fiddled with the image’s exposure and brightness in an attempt to unlock more design details. The bulbous shape makes us think we’re dealing with a minivan, and Porsche says the car has a one-piece body with what looks like a center-mounted driver’s seat. The interior layout with two passengers flanking the driver is similar to the McLaren F1 / Speedtail or Gordon Murray’s more recent T.50.

This sure doesn’t look like a supercar like the models I just mentioned, especially since Porsche explains the interior is quite comfy: “The individual driver’s seat taking up hardly any space, while the passengers behind enjoy all the comfort of a spacious lounge.” It’s likely more along the lines of a small (possibly electric) runabout with a fully autonomous driving mode, so not exactly the type of car a Porsche purist would want.

A Porsche minivan might sound crazy, but it actually wouldn’t be the first. Never heard of the B32? Only 15 were made between 1983 and 1985 using a Volkswagen T25 as the basis and powered by a flat-six 3.2-liter engine. The B32 was developed mainly as a support vehicle for the iconic Group B 959 race car in the Paris Dakar rally campaign.

The engine was good for 231 horsepower and came from a 911 Carrera S, allowing the van to reach 62 mph (100 km/h) in about six seconds and max out at roughly 130 mph (209 km/h). Porsche also gave it 16-inch Fuchs wheels and larger brakes, along with a beefier suspension to match the T25’s added punch.

It basically had double the power of the VW version and used a 911-derived steering wheel and gear lever. The speedometer went up to 200 km/h and there was even a Porsche-developed air conditioning system, along with several other tweaks. 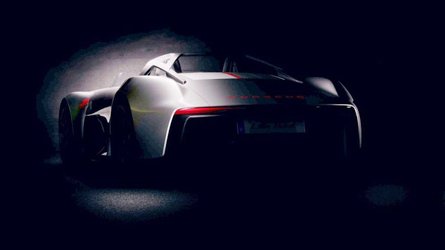 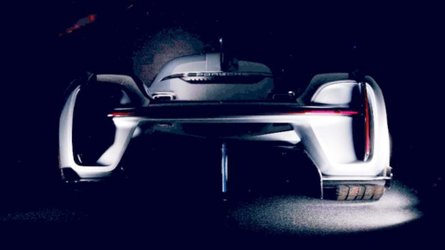 Even though this new Porsche might be a minivan or a tall hatchback, it's still interesting to see how a manufacturer that made a name for itself building performance cars is thinking outside the box. Purists mustn't worry about it because the car teased here is merely a rendering or a one-off concept at most.