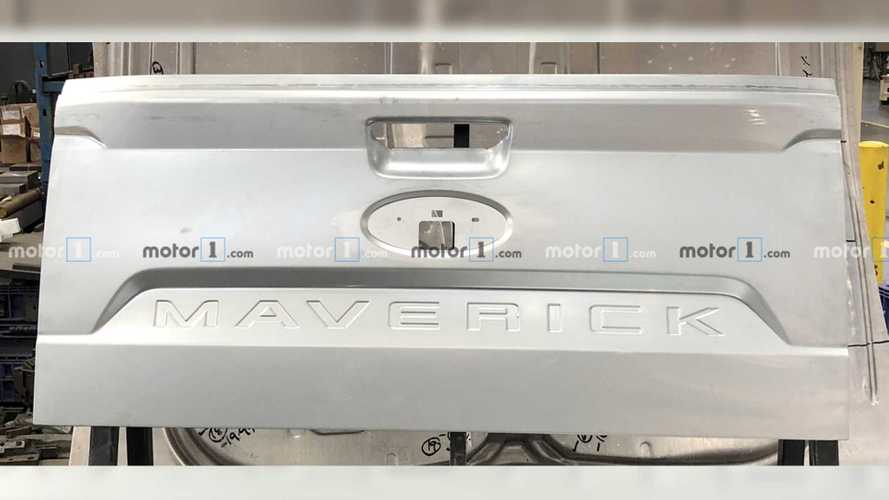 The tailgate matches a computer rendering we saw back in May.

Once upon a time, Ranger was a trim level for the Ford F-150. In the early 1980s it was spun off as its own compact pickup truck, and it endured in that role for nearly 30 years. Then it went away in the United States and when it returned for 2019 it was a midsize machine. That means there’s room in the Blue Oval lineup for a compact pickup, and now we might have proof that it's coming back as a revived Ford Maverick.

The above photo was sent to Motor1.com by an anonymous source, and it’s about as straightforward as you can get. The white tailgate certainly looks much smaller than what you'd find on an F-150 or Ranger, and the name stamped at the bottom is consistent with the design we see on the Ranger. This is also consistent with a tailgate rendering that we saw back in May, so while it's possible this could be an elaborate hoax, it seems unlikely from our vantage point.

Still, we contacted Ford about this photo for some automaker insight. The official comment was essentially a no comment – specifically that the company doesn't comment on speculation about future products. It's certainly not a confirmation that a new compact truck named Maverick is coming, but it's not a denial either. Take that information as you will.

In addition to the tailgate images, we've seen spy photos of a compact Ford truck with a unibody design reportedly based on the Focus. It's believed to share the powertrain from the Bronco Sport, at least in terms of engines with a turbocharged 1.5-liter three-cylinder or a boosted 2.0-liter four-pot. In the Bronco Sport, that power goes to standard all-wheel-drive but it's doubtful such an arrangement will be offered on a compact truck.

Ford confirmed a small truck was in-development back in 2019, and most recently the automaker said a new model launch was coming for 2021. Curiously dubbed Whitespace, the outline is that of a small SUV but it could certainly be a red herring. With no offerings in the compact truck segment from any automaker in the U.S., there is certainly white space to fill and it seems Ford is keen to step in.