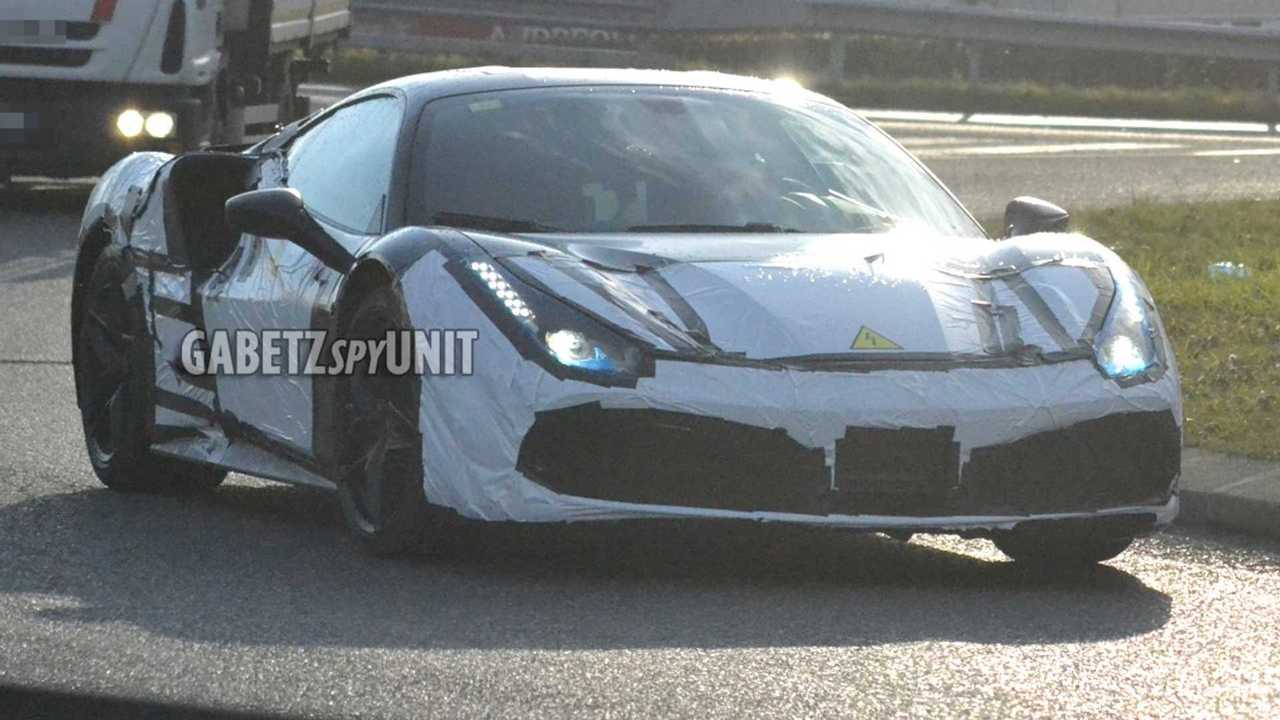 Is that a V6 we're hearing?

Ferrari’s lineup is bigger than ever and it will further grow later this year with the launch of two new cars. The Prancing Horse has made it clear it will fully embrace electrification and we know for a fact they’ve been testing prototypes with a hybrid powertrain for quite a while. Our most recent encounter with a hybrid test vehicle was at the end of last month when the prototype pictured above was seen in Maranello.

Four short clips shot at Ferrari’s Fiorano race track by simonemasetti_photography have emerged on Instagram showing a prototype that appears to have just about the same camouflage as the car we mentioned above. The videos were recorded from afar, and while we don’t get to take a good look at the car, it appears to be a test mule dressed up to look like a 488.

Although it’s hard to tell whether the car was actually a hybrid, we can’t help but notice the sound appears to come from a V6. A new family of V6 engines was announced nearly two years ago, so we know it’s definitely coming. It would make sense to electrify the smallest powertrain in the lineup to obtain a greater combined output worthy of the Ferrari badge.

Going down the V6 road in the same vein as the Acura NSX and Ford GT will likely upset fans of the saying “there’s no replacement for displacement,” but Ferrari isn’t immune to the increasingly stringent emissions regulations. Its engines need to evolve to comply with the rules, therefore an electrified six-cylinder is a wise move.

Ferrari: It Hurts Having To Add Weight To Make Hybrid Supercars

That’s not to say the bigger engines are one their way out as the company has made it crystal clear it will do everything in its power to keep the V12 alive, so there shouldn’t be any concerns in that area. Ferrari’s roadmap through 2022 calls for a nice mix of V8 and V12 products, along with the addition of a Purosangue SUV to serve as the brand’s cash cow.

It remains to be seen whether the entry-level electrified V6 sports car is one of the two models earmarked for 2020. For what it’s worth, one of the scheduled premieres is likely for the SF90 Stradale Spider since prototypes have been spotted undergoing testing.