It's going on sale in the People's Republic in July.

For those of you who are unfamiliar with the Wey brand, the most important thing you need to know about it is that it's the luxury arm of China’s Great Wall, which focuses mainly on crossovers and SUVs. Approximately a year ago the marque signed a contract with the celebrated German tuning firm Brabus and the first fruit of the cooperation is this. Meet the Wey VV7 GT.

The midsize CUV was initially launched in China in 2017 and is now getting a modified GT trim developed together with the Bottrop, Germany-based tuners. The model is based on the Haval H6, a crossover that’s available even in some European Union countries, and takes the shape of a sporty coupe-crossover with a design generally inspired by the European automotive industry.

The work from Brabus includes styling upgrades like wider fenders, housing 21-inch wheels, completely redesigned front and rear bumpers, an additional diffuser at the back, which also integrates larger exhaust pipes, and new taillights with LED technology. The Chinese manufacturer hasn’t provided photos of the cabin yet but it is said to be getting a few touches, too. 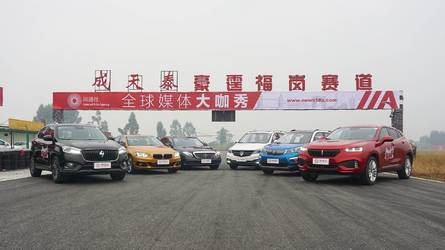 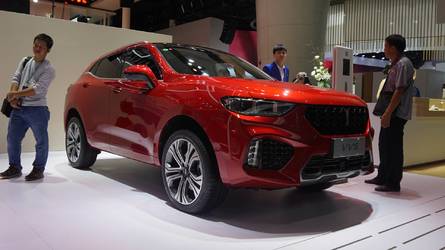 Will Wey Be The First Chinese Car In The U.S.?

Unfortunately, the upgraded appearance doesn’t come with a matching power upgrade. Under the hood, the VV7 GT by Brabus continues to employ a 2.0-liter turbocharged gasoline engine with 227 horsepower (169 kilowatts) and 285 pound-feet (387 Newton-meters) of torque. Power reaches exclusively the front wheels through a seven-speed automatic gearbox. Prices start at 191,800 yuans or approximately $27,100 at the current exchange rates.

The standard VV7 GT is also offered with a plug-in hybrid powertrain but at this point, it’s not clear whether the electrified mill will also be available for the Brabus-tuned version. Sales are reportedly scheduled to begin in July this year.