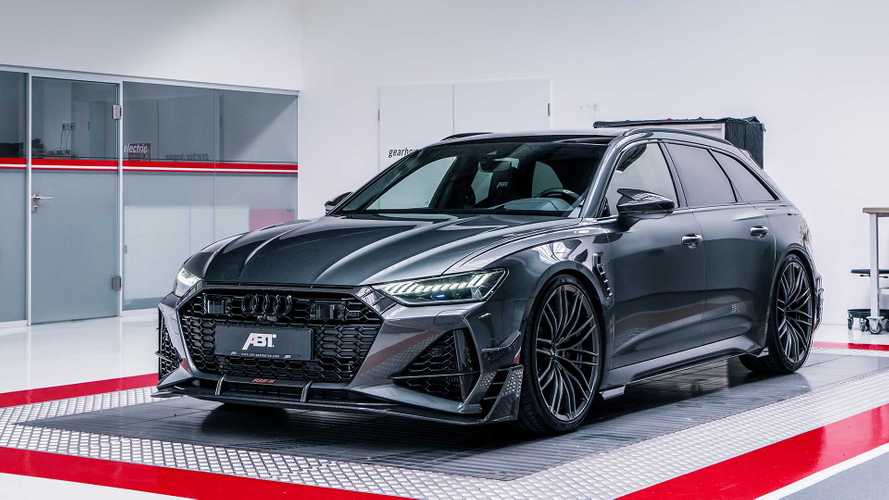 Because you need a 730-horsepower family car.

It was only last week when the German tuners at ABT unleashed an angry Audi RS7 Sportback and now they’re turning their attention towards its wagon counterpart. The new RS6-R was teased back in early December 2019 and it’s finally ready to show off its aggressive stance thanks to a new body kit with several add-ons made from carbon fiber to keep weight in check.

As if the standard RS6 Avant wasn’t already a menacing beast among wagons, ABT has slapped on a spoiler lip at the front and a redesigned diffuser at the back, along with fender inserts and side skirt attachments. There are no fewer than 10 new exterior parts for the Mercedes-AMG E63 Estate competitor, plus the tuner’s own 22-inch alloy wheels to round off the look. Optionally, those oddly intriguing aero wheels are available.

Gallery: Audi RS6-R Avant by ABT

At the back of the long-roof Audi, the RS-specific dual oval tips have made way for a more in-your-face quad setup with carbon tips as part of ABT’s stainless steel exhaust system. The speedy Avant has gained a tweaked suspension to improve handling while the car is behind pushed hard through the corners.

Much like with the aforementioned RS7 Sportback, the twin-turbo 4.0-liter V8 generates a mighty 730 hp and 920 Newton-meters (679 pound-feet) of torque. We’ll remind the standard model is not exactly underpowered, delivering 591 hp and 800 Nm (590 lb-ft) for a 0 to 62 mph (100 km/h) in 3.6 seconds and a top speed capped at 190 mph (305 km/h). The sprint from a standstill should now be completed even quicker considering the massive power gains, thus further taking the high-performance wagon further into supercar territory even though it weighs over two metric tons in standard form.

The RS6's Smaller Brother Has Also Been Tweaked By ABT:

2020 Audi RS4 Avant By ABT Has More Power And Aero

ABT hasn’t released pricing details, but it does mention only 125 RS6 Avants will be converted to the RS6-R specification. In the United States, the regular model kicks off from an eye-watering $109,000.

The Kempten-based aftermarket specialists have a soft spot for the RS6 Avant as they’ve built some amazing machines in recent years. We’ll only remind you of the RS6 Avant Performance Nogaro Edition that was actually sold directly by Audi with nearly 700 on tap, and the even crazier 1,018-hp RS6-E hybrid.