2020 Audi RS7 By ABT Looks The Part With Aero Wheels, Matte Paint 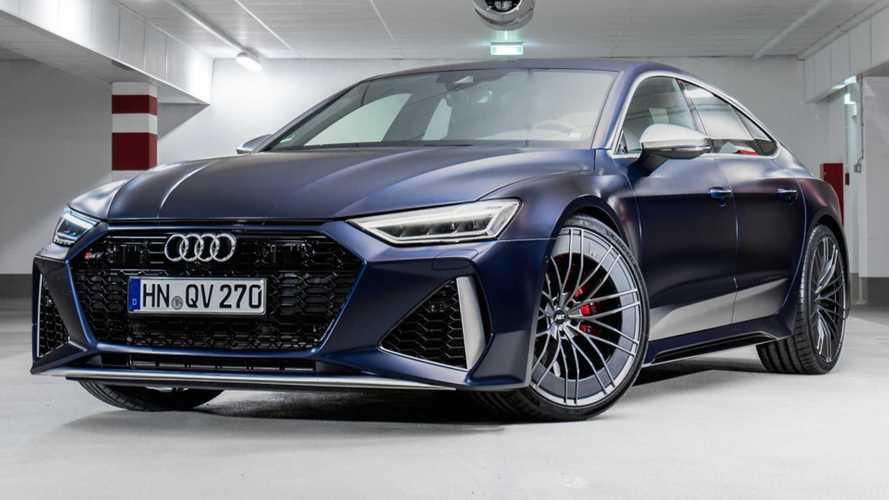 The tuner is showing off its latest products based on the RS4 and RS6 wagons and the RS Q8 SUV.

The tuners at ABT have managed to get their hands on some of the latest RS products from Audi Sport, including the recently facelifted RS4 Avant and the all-new RS6 Avant. Wagons aside, Ingolstadt’s flagship SUV – the RS Q8 – has also been given the aftermarket treatment, but the one that stands out the most is this lovely RS7 Sportback pictured here.

We don’t know whether that is one of Audi’s fancy matte Individual paints (€5,800 in Germany by the way) or ABT’s own blue paint/wrap, but we do know it looks absolutely fantastic on the RS7’s gorgeous body. The stylish hatchback has dropped the stock wheels in favor of the tuner’s own 22-inch set with a dark smoke finish. ABT refers to these alloys as being the “world’s first production aero wheels” and they represent a follow-up to the even more striking 21-inch set offered a while back for the RS4 and RS5 for €11,690 / set.

ABT All The VW Group Things!

VW Touareg V8 Diesel Tuned By ABT Has Mountain-Moving Torque

The best is yet to come as ABT’s engineers are working on a new RS6-R. Due to be revealed later this year, the super wagon will likely have well over 700 hp seeing as how its predecessor packed 720 horses. That’s not the most powerful Audi ever built by ABT as that role has been attributed to the RS6-E hybrid with a jaw-dropping 1,018 hp.