Bonkers Armortruck SUV Concept Looks Like Something From Halo 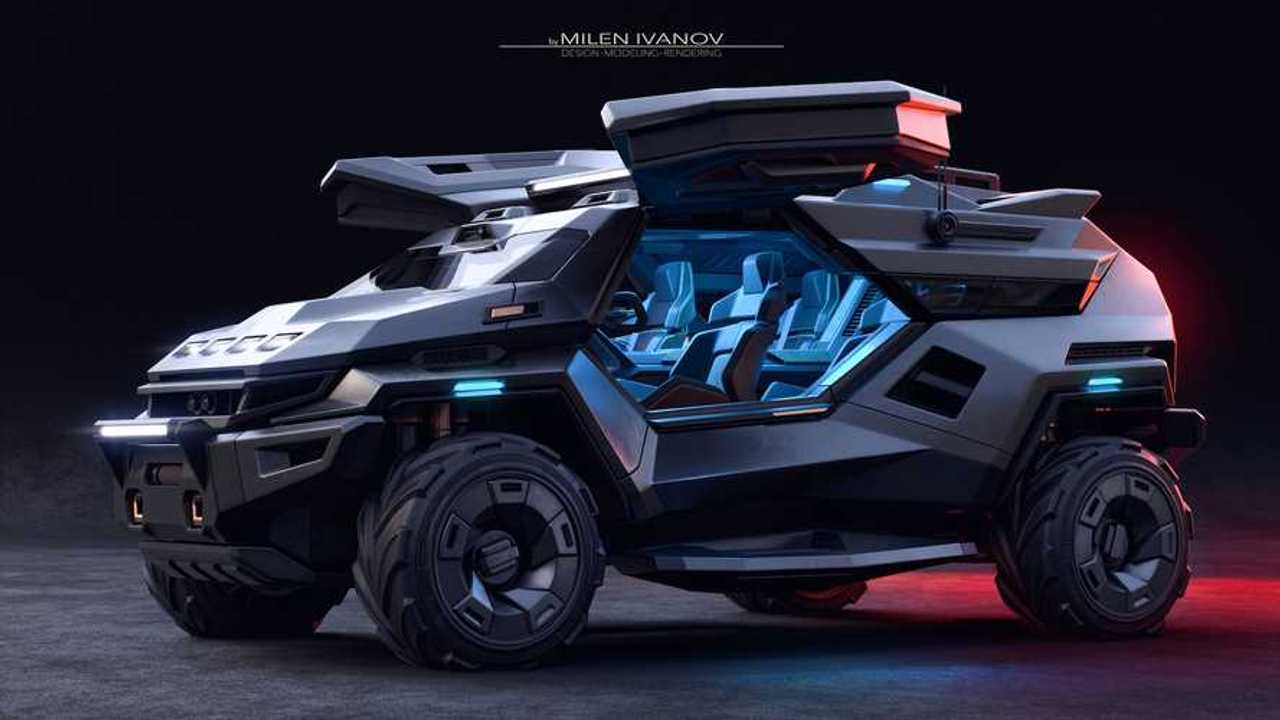 Spartans don't die, especially if they're riding this one.

When you think of armored vehicles for military use, the first names that would probably come to mind would be the French army-bound Arquus Scarabee or the Demon-powered Rezvani Tank X. These two aren't the cars you would want to mess around with, especially with the EMP protection that the latter employs. You'd also consider the Inkas Sentry Civilian, just in case you're looking for something that can withstand blasts from hand grenades.

These mentioned armored vehicles are cool, but nothing compares to this – the Armortruck SUV Concept. Penned and conceptualized by Milen Ivanov, this concept rendering is meant to be a digital show car, but we think the guys behind Halo should contact this man ASAP.

In case you've heard his name before, Milen Ivanov has been known for his other crazy concept renderings from a while back, the Lamborghini Concepto X and Audi RS Concept. His latest Armortruck SUV creation is probably his best, though, as the details of this rendering are so intricate. We can only imagine the hours or days spent in conceptualizing this vehicle.

Ivanov generously gave detailed information about the Amortruck SUV. As you would expect from a military vehicle, the concept comes with a body made from steel, titanium, Kevlar, and carbon fiber. The glass is a multilayer "special material that is incredibly strong" – Elon Musk, take note. Even the wheels are envisioned to be bulletproof because, why not?

Something We'd Want In Our Garage Just In Case:

Face The Zombie Apocalypse With This Armored Mercedes G500 4x4
⠀

Of course, as a concept, Ivanov went all out with the Armortruck SUV's specs. He sees it as a hybrid, generating up to 2,000 combined horsepower output. It also has thermal night vision and, get this – a roof-mounted oxygen regeneration and filtering system, which makes this armored vehicle ready for biochemical warfare or even space exploration.

Unfortunately, this is just a rendering, but with crazy armored vehicles becoming a reality one by one, it isn't far-fetched to see one in the metal someday – or at least in a video game.