It has been a good run.

February 27 marks the end of an era for Chevrolet as the brand once again axes the Impala from the lineup. The name debuted in 1958 as the moniker for the range-topping Bel Air. It became a separate model soon afterward and stuck around in the Chevy lineup until 1985. There was a brief revival for the sporty Impala SS in the 1990s and a longer return from 2000 until the present day.

"Just as the Impala evolved over the years, the market has shifted dramatically and demand for sedans has declined and we adjusted to meet customer needs," Steve Majoros, vice president of Chevrolet marketing, told The Detroit News.

The Impala comes from the Detroit-Hamtramck Assembly plant. GM is investing $2.2 billion into the factory to make the site the company's hub for producing electric vehicles. The new GMC Hummer will be among the models that will come out of there. The Cruise Origin autonomous taxi will also roll out of the factory.

Buick Regal Dead After 2020MY Because Customers Want Crossovers

Rumors swirled about the Impala's retirement for years, even as far back as 2015. In 2018, GM's restructuring practically confirmed that the big sedan was going away because it left the Detroit-Hamtramck without any allocations of vehicles to build. 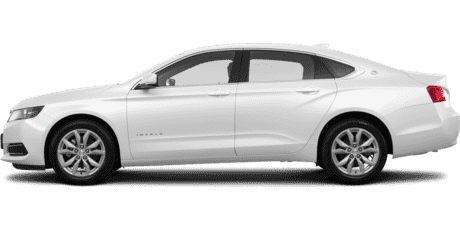 save over $3,400 on average off MSRP* on a new Chevrolet Impala

For the final model year, Chevy dropped the base LS trim, which also meant that the model's starting price increased by $3,600. The decision didn't help because Impala sales dropped 20.5 percent in 2019 to 44,978 units.

At the moment, there's no indication of new vehicle getting the Impala name. However, after reviving the moniker twice before, don't rule out seeing a new one someday.