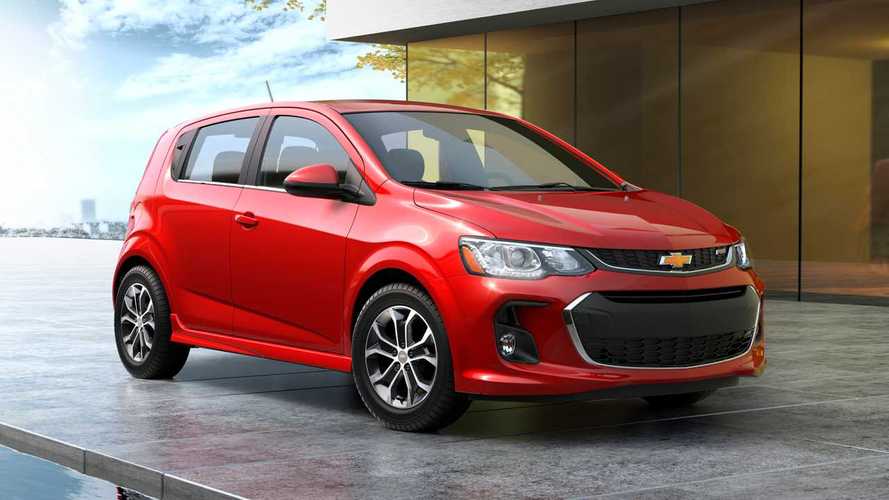 One more car for sale in the United States gets the axe because Chevrolet confirms the long-rumored demise of the Sonic. It has been available in the US since the 2012 model year.

"We notified Chevrolet dealers in June of our plans to end production of the Chevrolet Sonic in October, due to declining demand," Chevy spokesperson Kevin Kelly told Motor1.com. "This action also paves the way for the Orion Township Assembly Plant to prepare for production of the refreshed Bolt EV and Bolt EUV, which will go into production in 2021. The workforce at Orion will not be affected by this decision."

There Are Fewer Cars Available From GM:

Buick Regal Dead After 2020MY Because Customers Want Crossovers

As an example of the falling demand, Chevy delivered just 13,971 Sonics in 2019, which was a 32.2 percent drop from 2018. The model hasn't performed much better through the first half of 2020 because the automaker moved 6,452 examples of the vehicle, which was 24 percent less than the same period last year.

Chevy intends to introduce the refreshed Bolt in late 2020. The changes include an overhauled cabin that has new seats, push-button gear selection, a padded dashboard, and more soft-touch materials than the current vehicle. The front end should like quite different, too.

The Bolt EUV (spy shots above) will join the lineup in the summer of 2021. It'll have a similar exterior appearance as the refreshed Bolt. However, the crossover will ride on a wheelbase three inches longer than its sibling and will be five inches longer overall. As a major selling point, the Bolt EUV will be the first non-Cadillac model to be available with the Super Cruise advanced driver assistance system.

A recent rumor suggests the Chevy is preparing to kill the Malibu, too. This could happen as soon as the 2023 model year. Like for the Sonic, the demand is shrinking for passenger cars, which is causing the automaker to phase them out of the range.

There are also persistent rumors of the Camaro going away. Deliveries for the performance coupe have dropped 43.5 percent through the first half of 2020.