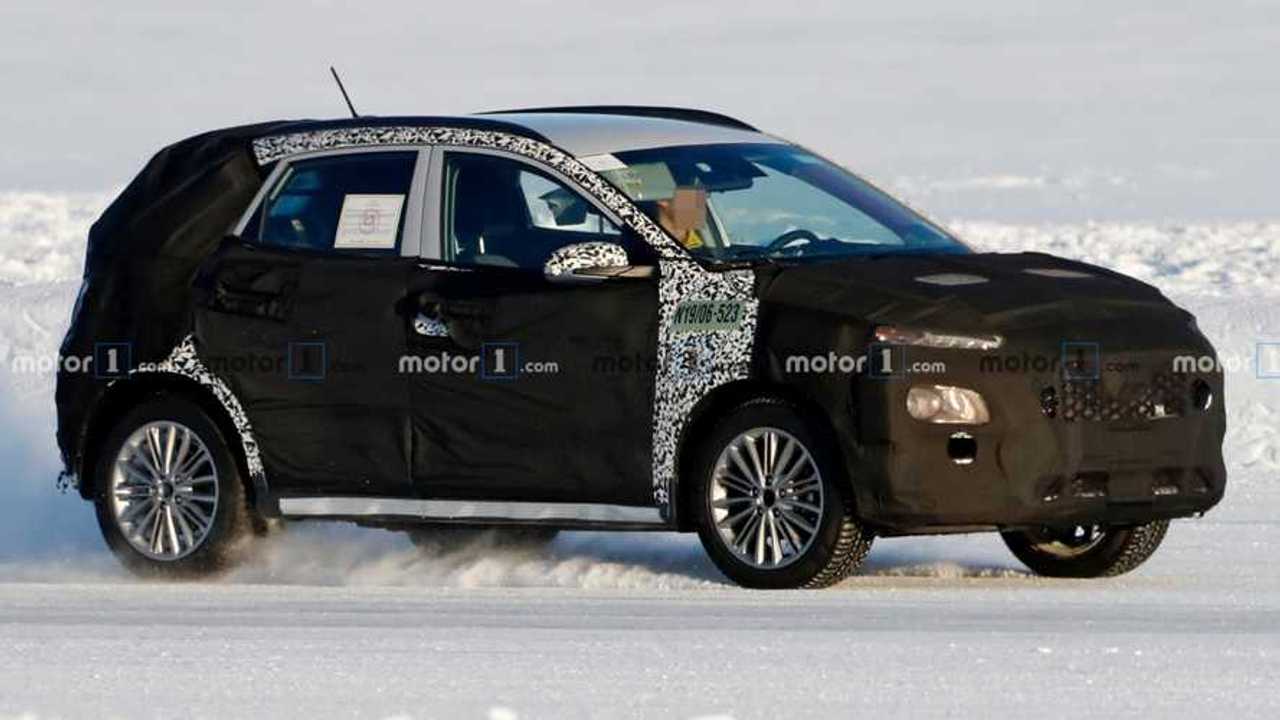 No, this is not the next-gen Kona, it's just a minor refresh.

The Hyundai Kona is a relatively new product on the market - more precisely, it was launched for the 2018 model year in the United States. And while we’ve seen spy photos with the South Korean crossover, they were depicting a potential performance version of the model. This is the first time we can share shots showing a prototype of the facelifted Kona.

We are quite surprised to see the test car wearing an extensive amount of camouflage considering the fact that we are expecting just a minor mid-cycle refresh. Something similar happened with the updated Kia Rio, which was spied last month looking like a brand new model but actually being just a facelifted version.

Despite the heavy disguise, it’s easily visible that the design of the front end will remain unchanged, at least when it comes to the headlights layout. Our spies told us we should expect small changes to the fascia and we suppose these could include a new grille pattern and, possibly, headlights with updated internal graphics.

Similar small tweaks should be seen at the back, as well. Again, the prototype is heavily camouflaged around the rear end but don’t let the disguise fool you - no major visual improvements are planned.

Not much else can be said at the moment about the facelifted Kona. Word on the street is the crossover should also get updated and more efficient engines, together with a few upgrades for the interior.

The latest addition to the Kona’s lineup is the Kona Hybrid, which was launched in Europe last summer. The eco-friendly crossover from South Korea packs a 1.6-liter four-cylinder and electric motor with a total combined output of 139 horsepower (103.6 kilowatts) and 196 pound-feet (265 Newton-meters) of torque.