Yes, Pontiac Actually Built A Four-Seater Fiero And Here It Is 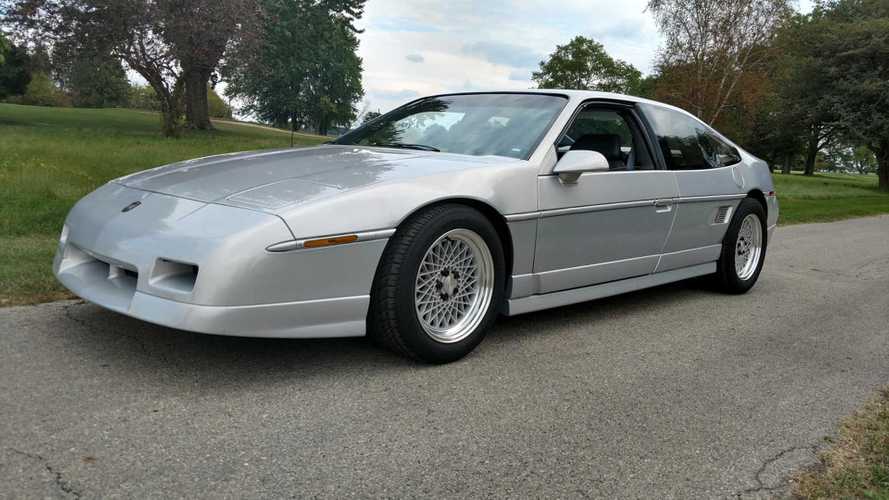 Time has been kind to the Pontiac Fiero. We don’t mean that simply in the looks department – the 1980’s sports car was never unattractive, but it did garner a reputation in its day as being the poor man’s Chevrolet Corvette. It also picked up some unsavory attention for a lack of performance in four-cylinder guise, Chevette-sourced suspension parts, and the occasional tendency to catch on fire. Those were all factors early in the Fiero’s life, but with the passage of time we’re left with the best parts of the Fiero’s legacy – it being a nimble sports car that was a fun-as-hell, two-seat runabout when everything was dialed-in. And as these pictures show, it almost became a fun four-seater as well.

Yes, this is a legitimate two-plus-two Fiero as built by Pontiac proper. We happened upon the photos of this ride through the Midwest Fiero Clubs Region of the AACA’s Facebook page. AACA stands for the Antique Automobile Club of America, and being fans of the original Plastic Fantastic, we simply had to know more about this one-off creation. Enter Frederick Bartemeyer Jr., who isn’t just a massive Fiero fan but, along with his wife Annette, actually own this piece of Pontiac history.

Retro-Modern 1967 Chevy Corvette Stingray Is The Stuff Of Dreams

“The information is a culmination of 35 years of research into my passion for the Pontiac Fiero,” Bartemeyer told Motor1.com. That information spells out the history of this four-seater, which actually began life in 1983 as an early assembly line pilot build for the standard Fiero. Bartemeyer identifies the car as the ninth model built, and following reliability testing, it escaped the crusher to be stretched into a four-seater design study. That was done in 1984, a photo of which is included in the gallery below.

The original design utilized the front portion of the number-nine Fiero with the rear portion of an unknown car, and it included a large over-the-roof style vista glass at the rear. The styling was later updated to include the fastback bodywork and larger 16-inch wheels that debuted with the 1986 Fiero, and though a production four-seater was considered, GM canceled the Fiero in 1988 just as it was getting really good. Amazingly, the concept car avoided the crusher for a second time and remained in GM’s Heritage Center Collection until 2009, when it was sold with a bevy of other GM concepts at Barrett-Jackson’s Scottsdale auction.

It eventually came to the ownership of Frederick and Annette, still unrestored and all-original with just 62 miles on the odometer. They have several other Fieros, but this one is currently on display for all to see at the Pontiac Oakland Museum and Research Center in Pontiac, Illinois. Bartemeyer is also keen to mention a new branch of that museum is opening in the Fiero’s hometown of Pontiac, Michigan.

So yes, the years have been very kind to the Fiero and for that, we are grateful. Considering there are enthusiast organizations like Midwest Fiero Clubs found all over the world, we certainly aren’t the only ones smiling right now.

H/T to Frederick Bartemeyer Jr. for significant contributions to this article.