Make This Ford Expedition SEMA Build Your Next Family Vehicle

It's like an F-150 Raptor with seating for eight.

Every year, Las Vegas hosts one of the coolest car shows in the world. Technically speaking, the SEMA Show is all about aftermarket equipment and upgrades, but companies need vehicles to showcase those modifications. The custom show cars garner the spotlight for a few glorious days, but what happens when the lights turn off? Some – like this overlander-themed 2018 Ford Expedition – end up for sale. 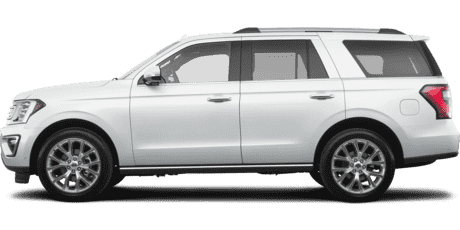 save over $3,400 on average off MSRP* on a new Ford Expedition

Yes, you can place a bid right now for your very own SEMA machine at Bring A Trailer, and being an eight-passenger SUV, it even offers some measure of family practicality. According to the auction, this was built by LGE CTS Motorsports in California and it occupied floor space at SEMA back in 2018. If you get something of an F-150 Raptor vibe from this rig, those fender flares at all four corners actually come from a Raptor. They shield the body from debris tossed up by 35-inch mud-terrain tires on 20-inch wheels, and you probably noticed this Expedition rides a bit higher than normal. There’s a coilover suspension upgrade from ICON, but before you start getting visions of conquering the Rubicon Trail with the entire family, there’s one small issue. This big, bad Expedition is rear-wheel-drive only.

Inside the custom SUV you’ll find standard-issue Expedition items, save for an upgraded stereo and special leather upholstery for the eight-passenger seating. Custom bumpers with integrated LED lights are found outside, and for camping adventures there an ARB rooftop tent positioned behind another bank of off-road lights. Powered sidesteps help passengers climb into the Expedition, and a stock 3.5-liter EcoBoost V6 moves them from place to place. People should hear you coming as well, thanks to a Borla exhaust system.

Does This $6,500 Ford Expedition SeaScape Float Your Boat?

The seller is reportedly the shop that did the original build, and as of this article posting, the bid sits at $20,000 with eight days to go. That’s way below the price for a normal two-wheel-drive Expedition XLT, never mind one that could rip down trails at speed. We suspect that figure will climb as the auction nears its conclusion, as this looks like a clean build with low miles and an undeniable presence whether it's on the road, or off.